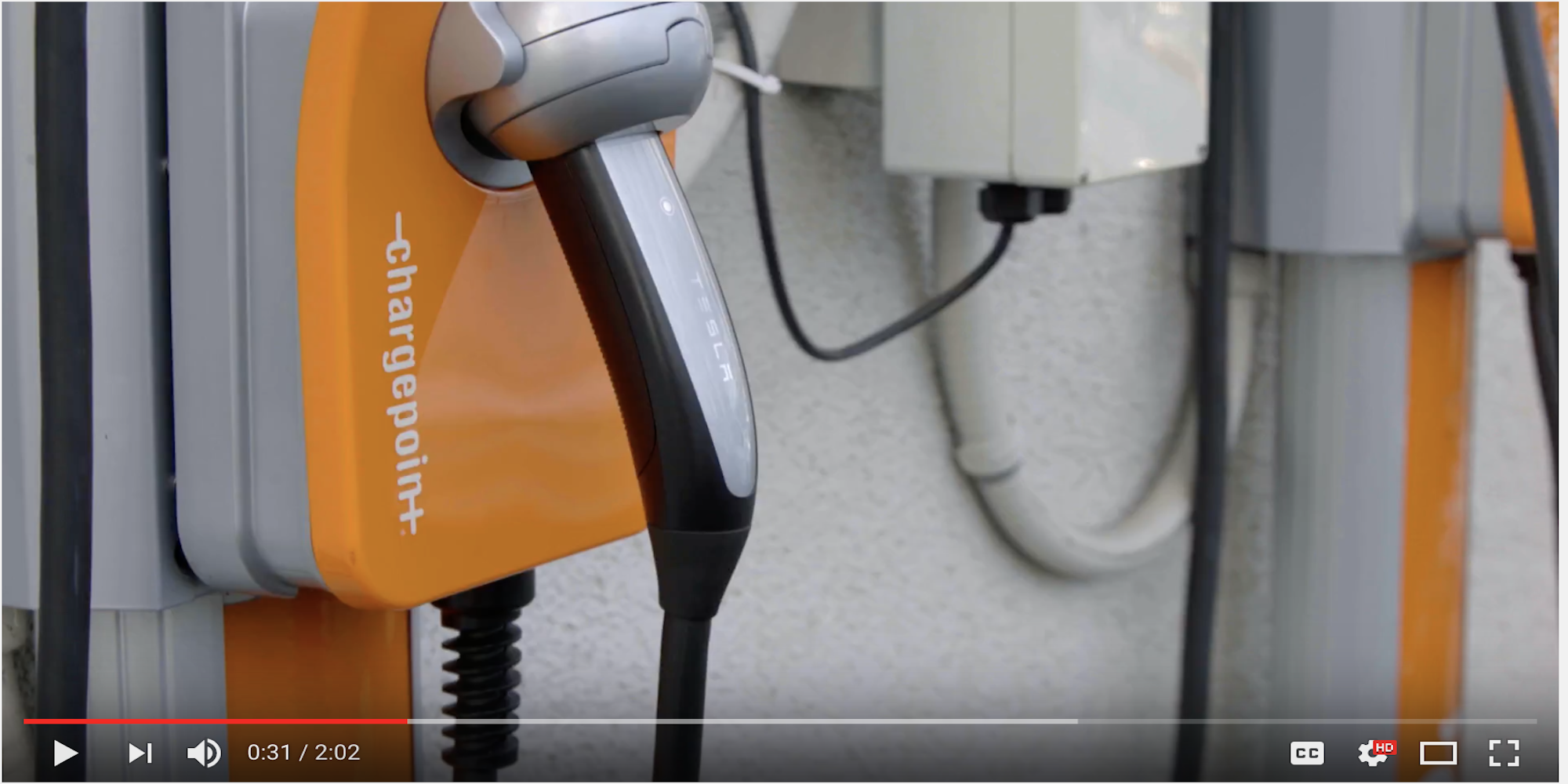 Update: We got to the bottom of the mystery with an interview with Chargepoint’s CEO

Today, Chargepoint announced a new 400kW charging capabilities that they say would add 100 miles of range per 15 minutes of charge.  While high-end Tesla’s can get that kind of mileage gains (and more) with current 145kW chargers, this could be a big boon for the industry if it were applied to trucks and busses, for instance where the 400kW = 100 miles in 15 minutes math works.

Charging the Model S at a rate if 440miles of range per hour. God bless the @TeslaMotors Supercharger! pic.twitter.com/YKa4Iw5TWa

However, this morning Chargepoint published a YouTube video with something far more interesting for Tesla owners and prospective owners.

On Twitter, on which Chargepoint has been ‘creative’ with in the recent past, the company published the below YouTube video where at 30 seconds in you can clearly see a Tesla charging handle inserted into the charging port of Chargepoint station.

We’ve reached out to both Tesla and Chargepoint for more information. Chargepoint’s CEO gave us this interview.

When discussing Telsa’s own upcoming new fast-charging stations, Elon Musk replied to our Frederic Lambert Tweet saying that 350kW was just the beginning saying “A mere 350 kW … what are you referring to, a children’s toy?”

Perhaps less exciting but more likely: Chargepoint will integrate Tesla handles into their Level 2 AC charging stations so that owners don’t need to use the included adapter when charging at the more common Chargepoint stations.

Notice the Tesla handle charger in the video below at the 30-second mark: