Earlier today, Chargepoint announced that they would have a new liquid-cooled 400kW charging station available this summer. In a subsequent video, Chargepoint also showed a Tesla charging handle in one of their stations which was quite a surprise, to us, anyway.

On the Tesla handle, Pascal was dismissive saying that the Tesla part, which was also at the show in the gallery below, was “just for demonstrations purposes”.  But behind the scenes, it seems like Chargepoint would love to work with Tesla on providing the handle part to Chargepoint locations and customers. It would seem like the ball is in Tesla’s court there though I have no knowledge of any negotiations here.

Romano noted that if Tesla provided the part, Chargepoint could put native Tesla chargers into multi-port charging stations, which they sell to 3rd party commercial and residential customers.  Tesla provides a free Level 2 J1772 to Tesla adapter which most Tesla owners keep in their glove box so this might not be a priority for Tesla. However, when using the adapter, which can also be purchased aftermarket, the owner must manually open the charge port because neither the J1772 nor the adapter can invoke the Tesla Charge port bay opening.

Romano talked lovingly about his brand new Tesla Model S P100D that replaced his 4-year-old Tesla Model S and it would appear that the CEO may use a rigged Chargepoint/Tesla system while at work.  A commenter found the rig, which appears to be working, from the video at Chargepoint’s HQ pictured below: 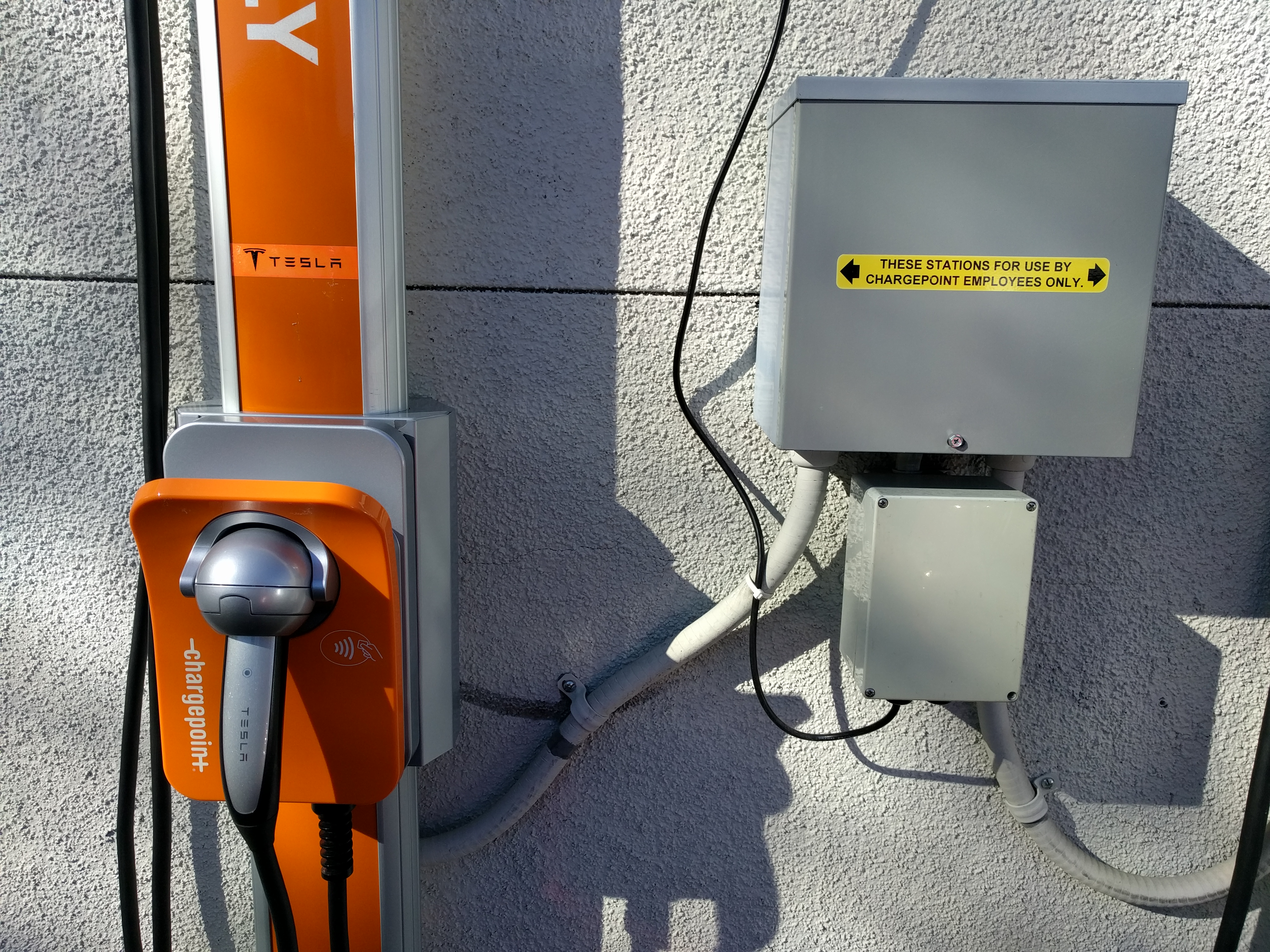 The demonstration at the show and the working model, above, is for the Level 2 AC charger but the indications we got were that Chargepoint would be willing and able to put Tesla handles on its fast DC charging stations. Tesla’s 50kW CHAdeMO adapter is a $450 add on for Model S owners. However, the possibility is particularly enticing, especially when Chargepoint was demonstrating a 400kW DC charging station at its CES Booth.

Pasquale Romano gave us a quick rundown of the station in the video below. In addition to the stats he rattles off, the 1000V x 400A, he noted that the power that this thing puts out could charge a Costco big box store: