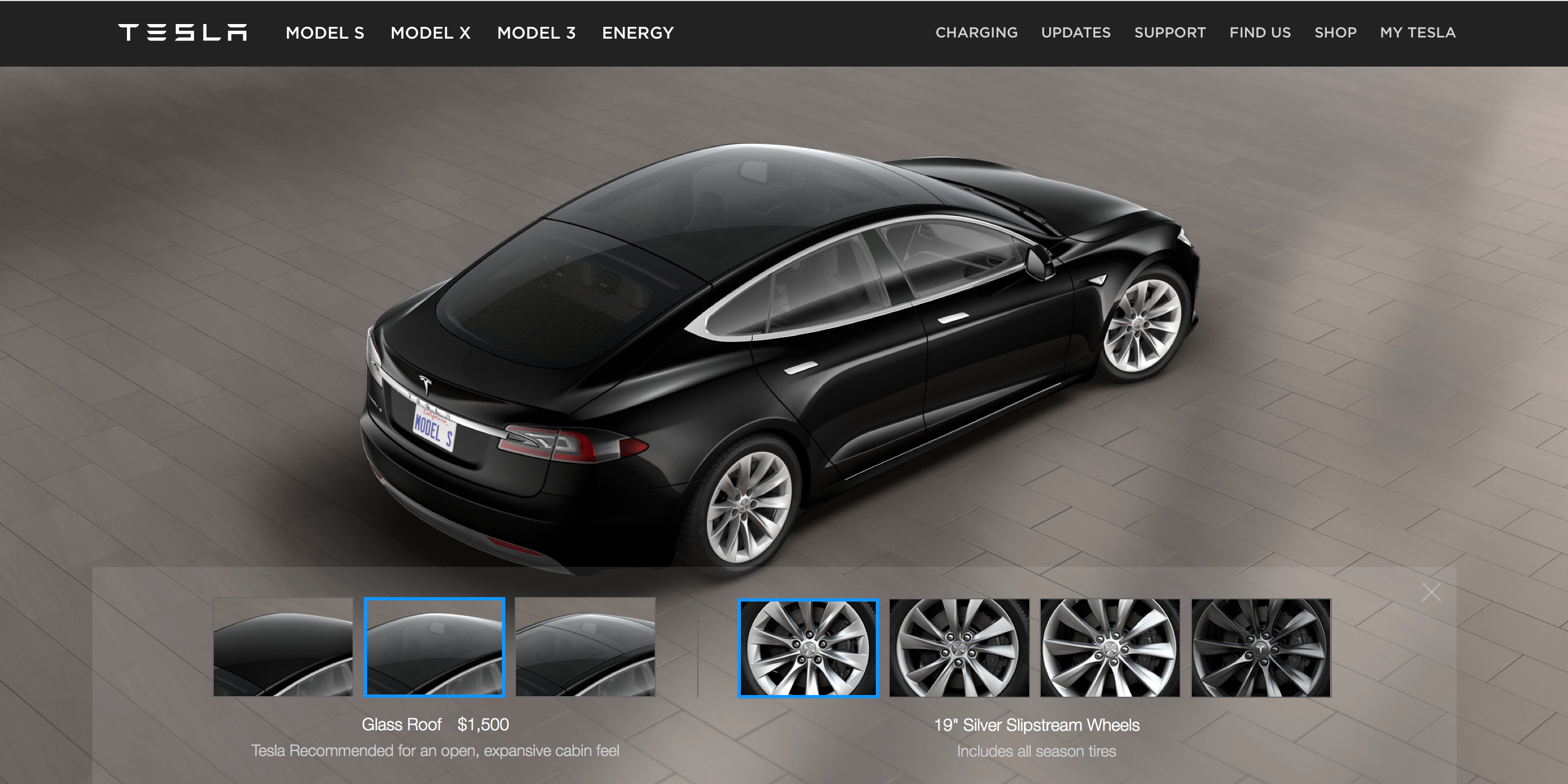 Just a few days after confirmation of the “Tesla Glass” tech group within the company, Tesla has quietly changed the Model S design studio, adding an all-glass roof option for the Model S. The option is available for the same price as the sunroof previously was, $1,500, and the panoramic sunroof option is now $2,000.

The new option notes that it is “Tesla Recommended for an open, expansive cabin feel.”  The option removes the crossbar over the car’s B-pillar, and should make the Model S interior feel even more airy than with the panoramic sunroof.

The change to the design studio also removes the P90D option.  In addition, the “ludicrous” upgrade seems to no longer be an individual option on any car – if you order a “P” model car, of which the only one available is now the P100D, ludicrous speed is included.

UPDATE: Tesla has updated us about availability, they say the all-glass roof is entering production right now and will be in showrooms in the next few weeks.

While Tesla’s website doesn’t give many specifics about the new roof, it’s reasonable to assume that the glass roof will probably include the same UV and heat blocking ability as the panoramic sunroof.  Tesla previously claimed that the panoramic roof blocks 98% of UV rays and 81% of heat.

For those owners who live in a hot climate and are still concerned about sun particularly on parked cars, Tesla does sell a variety of sunshades for cars built between certain dates, though there is not currently a sunshade available for the new glass roof, nor do we know if there ever will be one in the future.  Tesla’s recently-released v8.0 software does include “cabin overheat protection,” and Model S owners can always use the Tesla app on their smartphone to turn air conditioning on before returning to the car.

Tesla seems to have been moving towards this “lots of glass” design philosophy all along, first with the original panoramic roof in the Model S, which was the largest panoramic sunroof opening available when it was first revealed, then with the large front windshield of the Model X, and finally with the Model 3, which will have a single piece of curved glass over most of the passenger compartment.

Not only are they using a lot of glass in their automotive line, the recently-revealed Tesla solar roof relies on glass tiles over solar cells.  It seems the Tesla Glass group has been busy, and has a lot of work ahead of them to boot.

Maybe with all this focus on glass, Tesla will singlehandedly usher in a new age of civility.  After all, if we’re all driving glass cars and living in glass houses, none of us will be able to throw stones anymore, right?