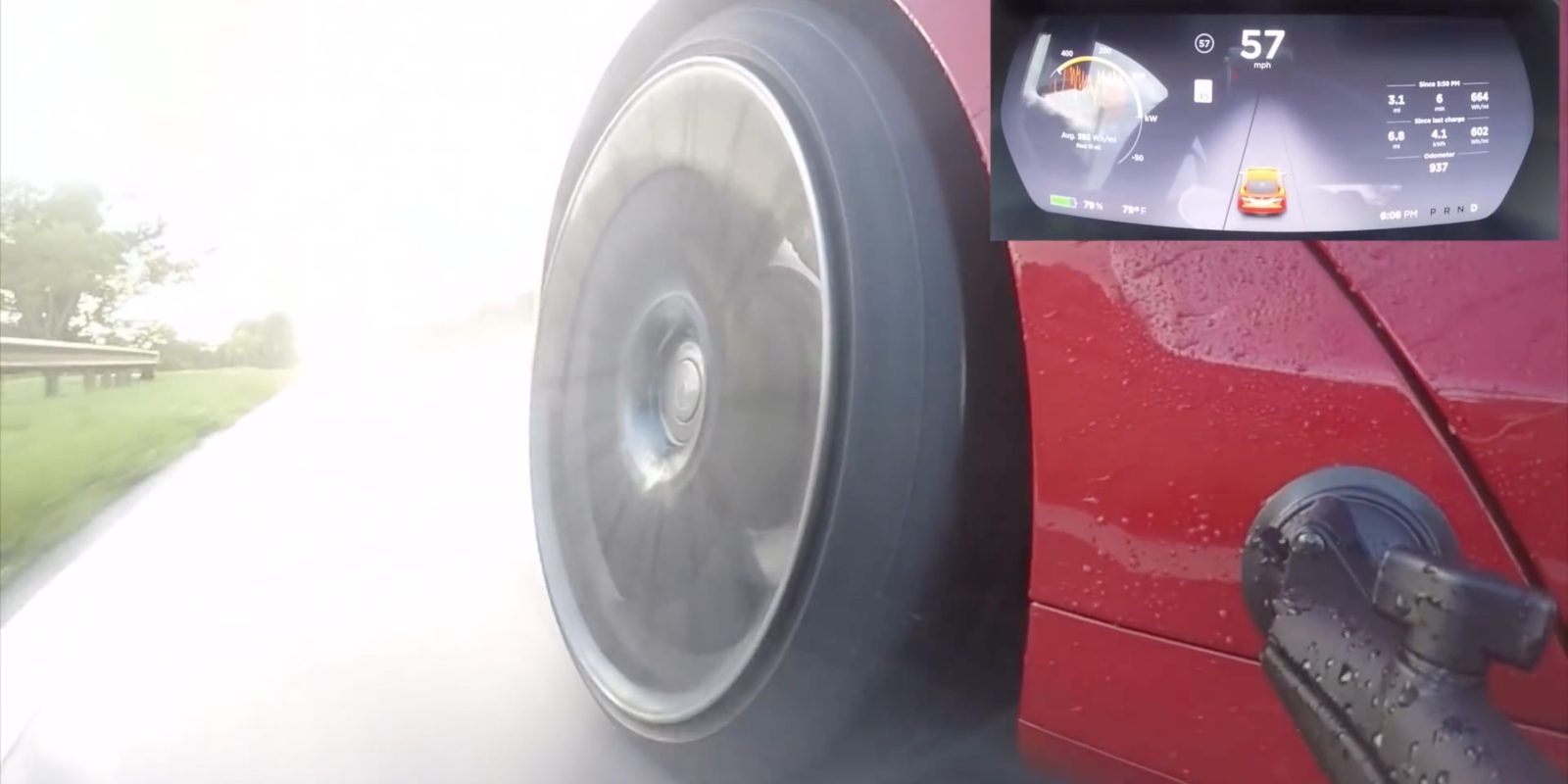 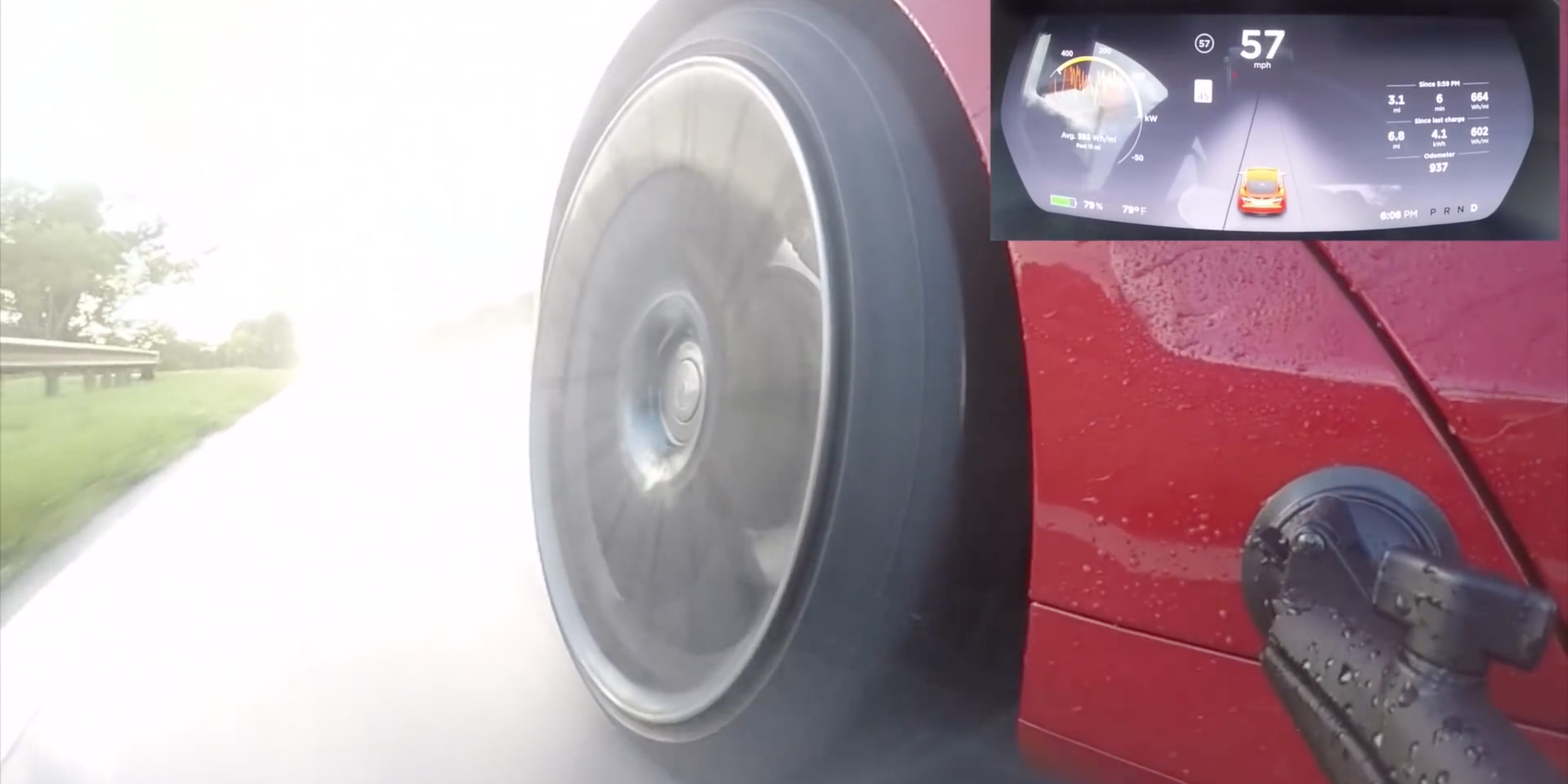 There are plenty of videos out there showing how fast Teslas are at 0-60 and in the quarter mile.  In dry conditions, the Model S can beat almost anything off the line – including the Lamborghini Huracan, Challenger Hellcat and just about everything else.  The Model X can even beat an Alfa Romeo 4C while towing an Alfa Romeo 4C.  But all of those are in the dry – what about in suboptimal conditions?

After being rained out on the drag strip amid weeks straight of rain in his native Florida, Brooks from DragTimes decided to take his new P100D out in the rain and see how well the car’s traction control system works on wet pavement.  With today’s powerful supercars reaching absurd torque and hp numbers, available traction is limiting 0-60 times more than ever before – which is a large reason for why all-wheel-drive is becoming so common among supercars these days.  But Tesla’s traction control system seems largely unperturbed by slick roads and can still put down nearly-equivalent times even in bad conditions.  This is one of the advantages of electric motors, which can respond and moderate their output much more quickly than gas engines.

In the video below, Brooks talks about how great the Model S sticks on wet pavement, then points a camera at his rear wheel so you can see the wheels work on a P100D launch in the rain.  He managed to achieve a 0-60 time only a couple tenths slower than in the dry and with no perceptible wheelspin, even when viewed in slow motion.

It’s worth a watch here: