Bjørn Nyland, a Tesla vlogger based in Norway, won a free Founders series Model X through Tesla’s referral program. The limited edition status of his car will make him one of the first owner in Europe and he now reports that his SUV finally entered production this week.

Several other European Model X reservation holders are now reporting having received confirmation that their vehicles entered the production phase this week.

While Model X deliveries are now well underway in the US, European reservation holders have only been able to configure their vehicles and place their orders starting last month.

Even if his car is entering production this week, Bjorn is told not to expect delivery for another 2 to 3 months. While Tesla vehicles rarely keep a ‘production’ status more than a few days or weeks, the automaker ships vehicles in batches to Europe and the whole process can take months. 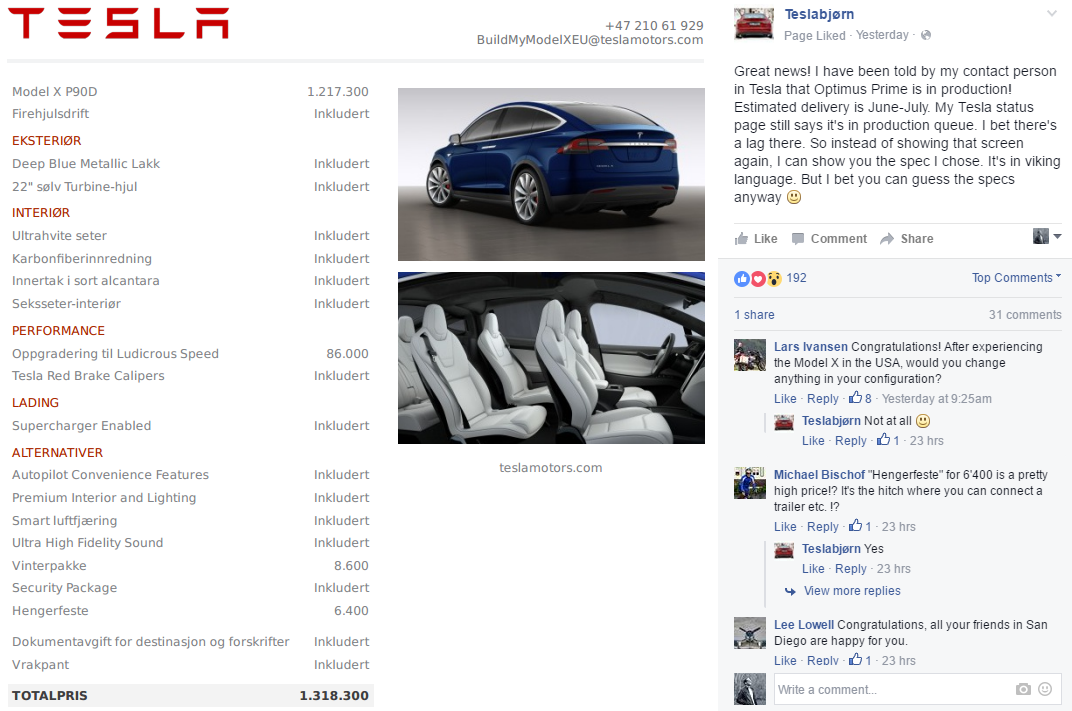 Earlier this month, Tesla revealed that it found a weakness in its third-row seat while performing “internal seat strength test that was conducted prior to the start of Model X deliveries in Europe”. Following the discovery, Tesla decided to issue a voluntary recall for the vehicles already delivered in the US.