Tesla has now over 325,000 Model 3 reservations – timeline of reservation updates

CEO Elon Musk has been updating the public on the number of reservations the company is accumulating and here’s a quick timeline of those updates:

You can read our post summarizing everything new we learned at the Model 3 event here and our exclusive leaked specs of the unannounced higher-end version of the Model 3 here.

Below you will find the timeline with each update in chronological order with the most recent update on top and a comprehensive graph of the total reservation as updated by Tesla and Musk in the first 50 hours: 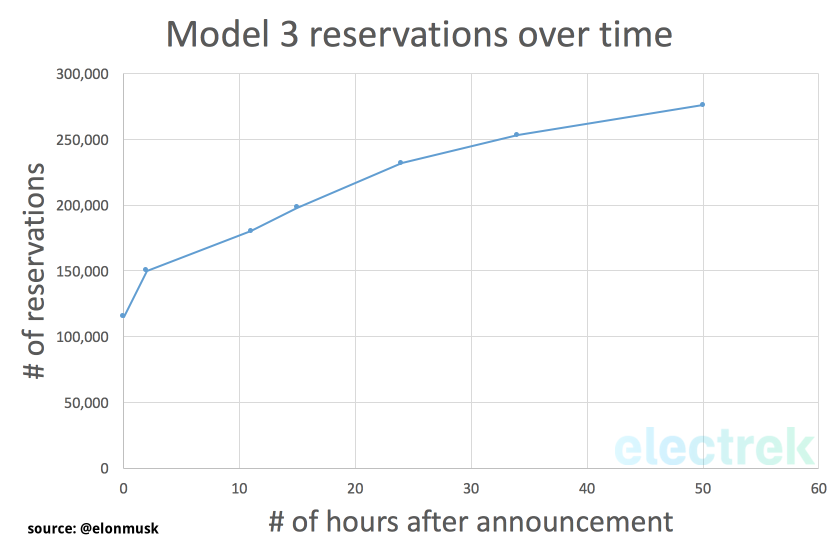 Thought it would slow way down today, but Model 3 order count is now at 198k. Recommend ordering soon, as the wait time is growing rapidly.

31/03/16 – 9pm PT – 12am ET: After the end of his presentation, Elon Musk announced that Tesla already accumulated over 115,000 Model 3 reservations with deposits – those reservations were mostly sight-unseen.