Tesla CEO takes to Twitter to hedge on Model 3 unveil, says ‘part 2 will be closer to production’ 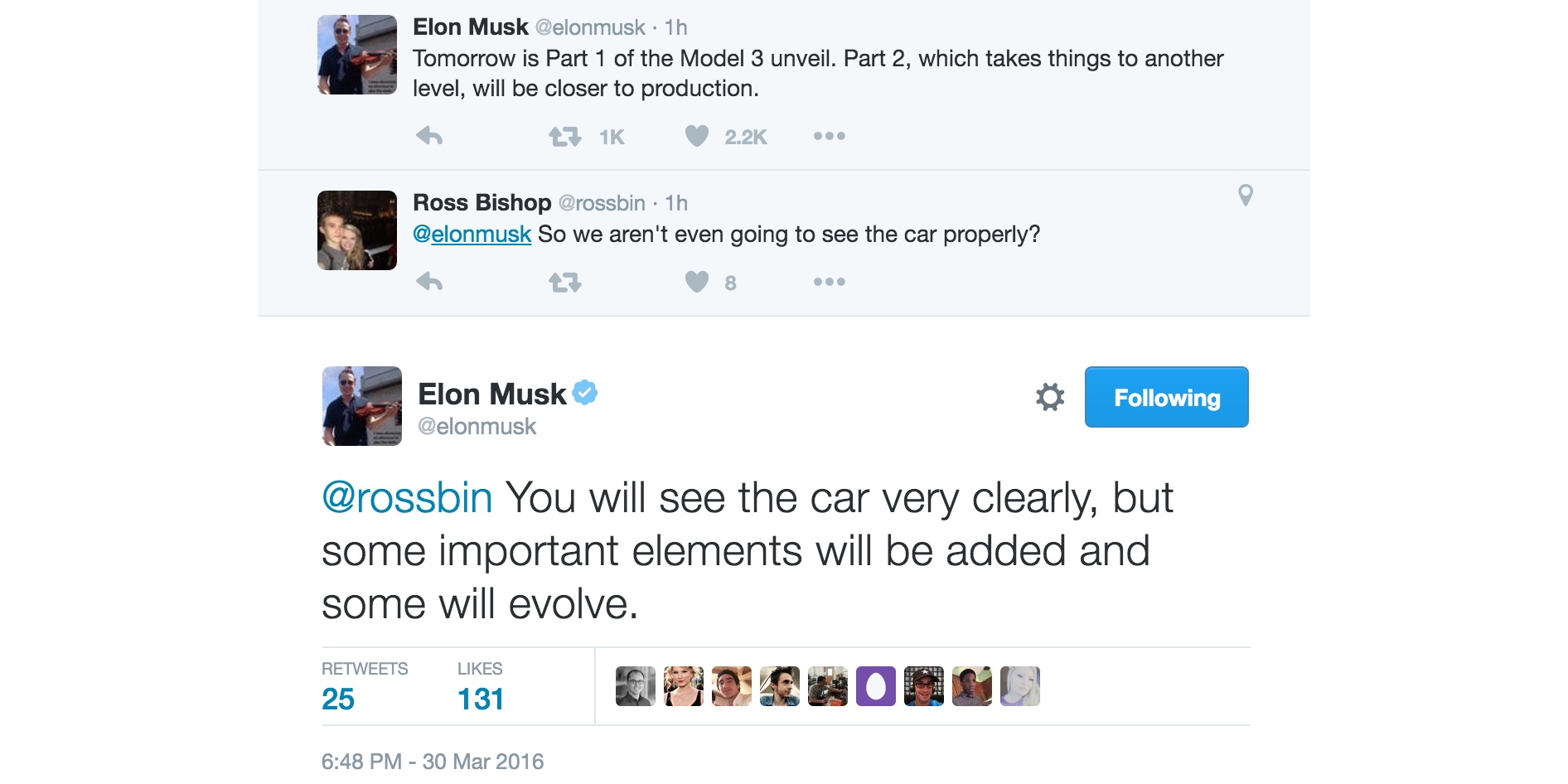 Tesla CEO Elon Musk took to Twitter today to elaborate on the Model 3 launch which happens tomorrow. Perhaps to hedge expectations on how much will be revealed, he noted that there would be a second, more thorough reveal closer to the production cycle which is currently set at late 2017.

“We’re trying to decide whether we should show all the cards or keep a few cards close to the vest. We haven’t made a decision yet.”

Now it looks like Musk decided to keep a few cards since last night he described today’s unveil as “part 1” of a 2-part process.

We of course revealed some important details about the launch, though perhaps those won’t be discussed tomorrow. Namely, that the Model 3 will have range up to 300 miles, and get to 60 miles per hour in as little as 4 seconds.  As of right now, Tesla customers are lining up and reserving the Model S, starting in Australia and working their way around the globe.

We’ll be on line tomorrow and will of course will cover the event live late tomorrow night.