Tesla is temporarily disabling the ‘Autosteer’ and ‘Auto Lane Change’ features of the Autopilot for Model S owners in Hong Kong after a formal request from regulators at the Transport Department . The features were recently introduced to the Model S with the version 7.0 software update.

Tesla recently gained regulatory approval for the Autopilot in Europe and some parts of Asia.

Here’s the letter sent to Model S owners in Hong Kong via markwj: 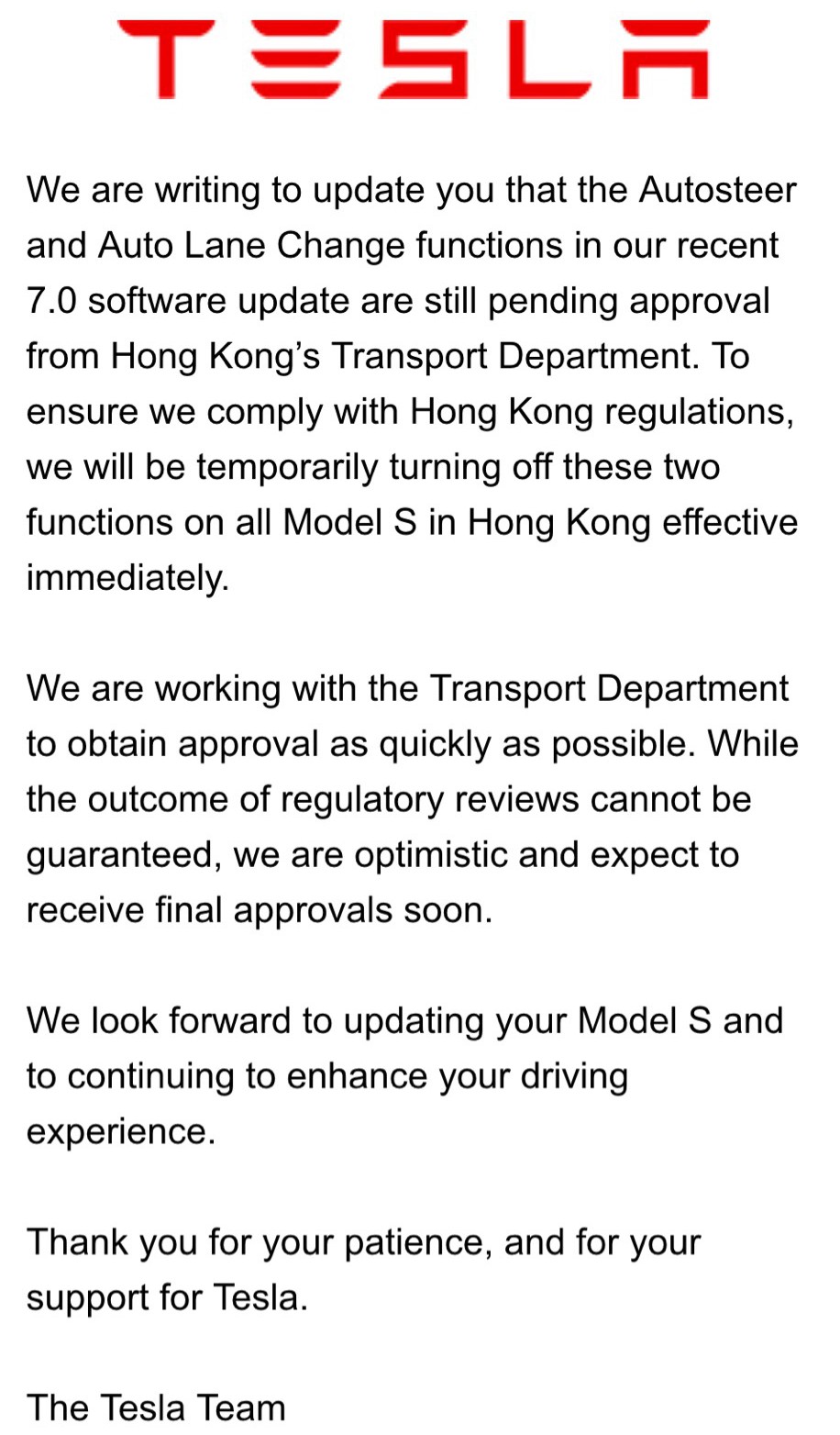 Even though Tesla also rolled out some active safety features with the release of the Autopilot, Hong Kong regulators’ concerns might not be completely unfounded considering Tesla CEO Elon Musk admitted that some Model S owners were placing themselves in “crazy” situations by using the system and that the company plans on implementing some additional constraints on when the Autopilot can be activated, in hope of making it more difficult for owners to place themselves in those “crazy” situations.