Audi: the e-tron quattro will not be a compliance car

Fred Lambert | Sep 17 2015 - 5:30 am PT
0 Comments
Prof. Rupert Stadler, Chairman of the Board of Management of AUDI AG, beside the concept car Audi e-tron quattro at the International Auto Show 2015 in Frankfurt/Main. 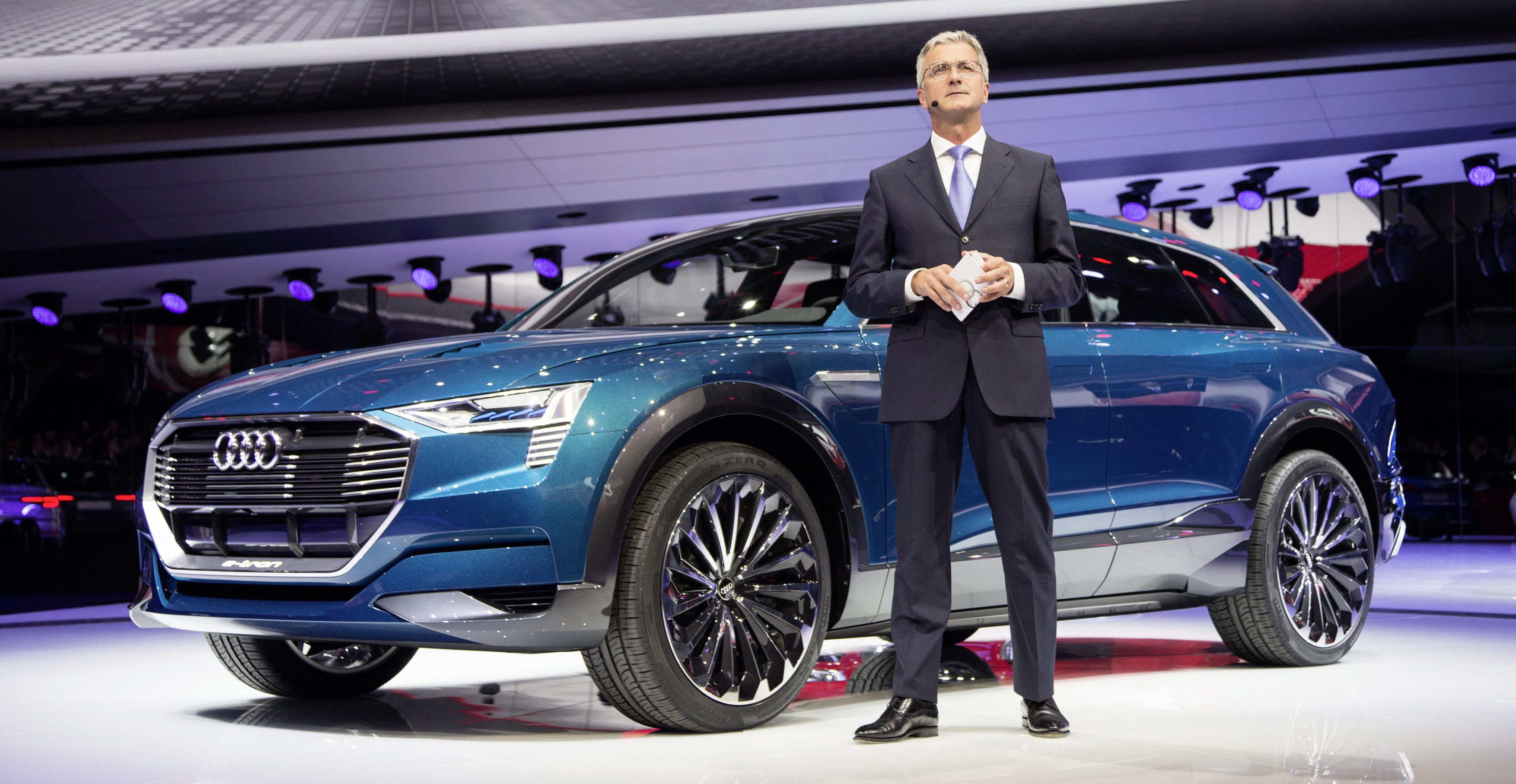 During an interview at the Frankfurt Motor Show, Audi of America President Scott Keogh confirmed that the company doesn’t plan to make the e-tron quattro a “compliance car”, but instead he sees a global market for the all-electric SUV.

“Our number one thing is not to build a compliance car but to build a cool, desirable car, because that’s what’s going to help our brand and our customers are going to like it,” Keogh said.

That’s a reasonable way to think about making an electric vehicle, but unfortunately, not every automaker thinks the same. When talking about EVs, a compliance car is a vehicle made primarily to comply with zero-emission vehicle requirements in certain markets. For example, although the Chevy Volt is not generally thought to be a compliance car, its 2016 version will only be sold in CARB states (and Canada) where regulations require automaker to sell a minimum percentage of zero-emission vehicles.

Much like Tesla’s own strategy, Audi is planning on introducing  battery-powered electric vehicles that “provoke desirability, with a long driving range, high design and performance, to fuel consumer demand”.

Considering Tesla is seeing strong demand for its all-electric SUV, the Model X, it doesn’t come as a surprise that Audi’s quattro has very similar specifications: large luxury SUV-crossover, dual motor, between the axles battery pack and ~300 miles of range. Though it is important to note that the quattro is coming in 2018, while the Model X is launching on September 29th.