During a press conference late Wednesday night, Governor Jerry Brown announced that California Democratic lawmakers abandoned the drastic fuel economy provision from the Clean Energy and Pollution Reduction Act, which is currently being discussed in the State Assembly.

The provision in question was a requirement for a reduction of 50 percent of fuel used in cars and trucks in the state by 2030, which would have forced automakers to improve fuel efficiency and offer more electric vehicles in the state of California.

We reported last month on a lobbying effort trying to urge Californians to convey their discontent with the fuel economy provision. The effort was backed by the Western States Petroleum Association; a lobbying group formed by big oil companies.

The group used questionable methods to convey their message, like advertising that the act, which they renamed “the California Gasoline Restriction Act”, would make it “harder for regular people to drive to work everyday”. 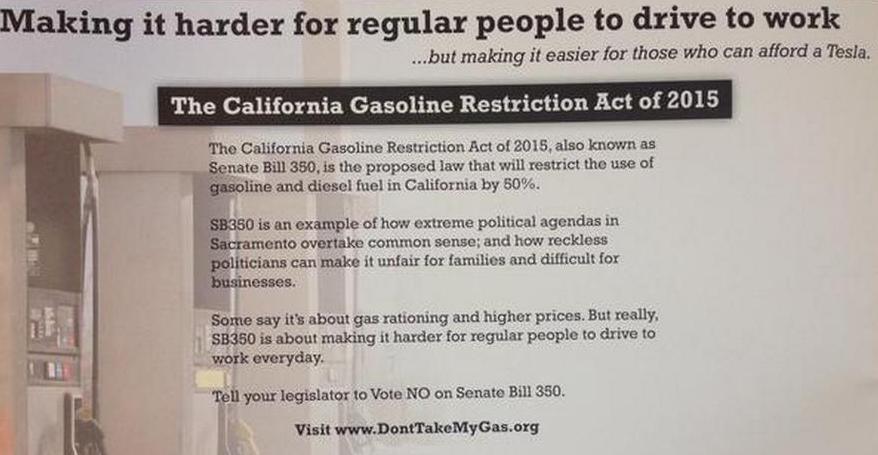 They implied that only people able to “afford a Tesla” would be able to get to work easily. Tesla Motors was one of the rare automakers approving of the fuel economy provision. The Alliance of Automobile Manufacturers, a trade group representing most automakers excluding Tesla, issued a statement approving of state Democrats dropping the provision:

You can get more details about the bill on the government’s website.