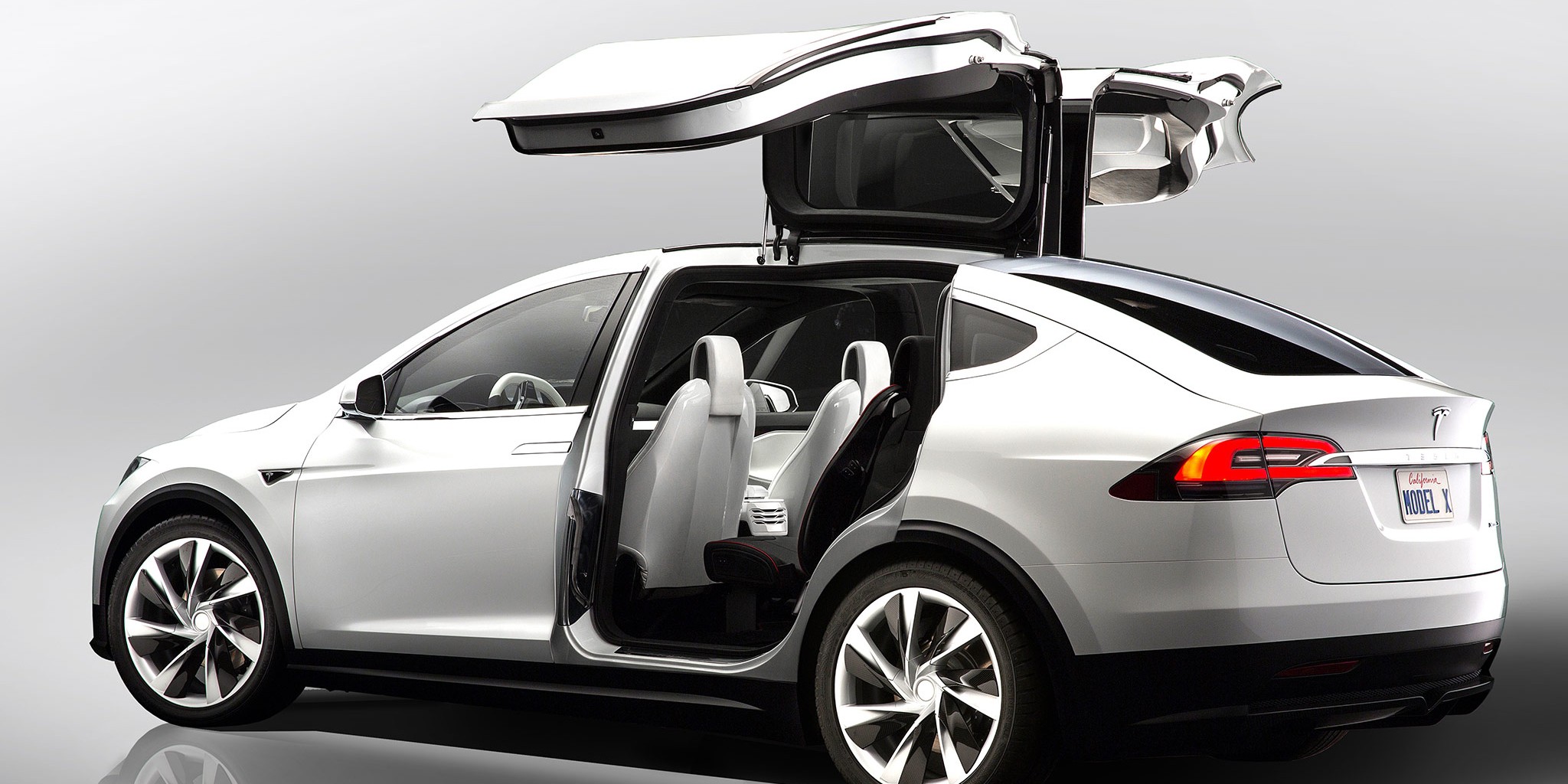 Rumor has it that Tesla closed its factory to public tours ahead of Model X production and is set to bring the Model X design studio online any day now to allow reservation holders to place their orders.

Last month, we wrote about Tesla having over 24,000 reservations with deposits for the Model X, or about twice as much as they had for the Model S before its launch in 2012, but now that we are closer to launch, let’s recap what we know about Tesla’s all-electric SUV.

Earlier this year, Elon Musk said that he expected the Model X design studio to be online by end of July and we heard the production should start on or around August 27th. Reservation holders are anxious to know the official price for each trims of the car (or the trims themselves for that matter) – the company said to expect similar prices as the Model S, which range from $70,000 to $142,250 ($1,000 discount if you order through this referral link).

In recent months, the company released 2 new battery pack sizes – 70KWh and 90KWh. These options were made with the Model X in mind since to achieve a similar range as the Model S, the SUV will need more energy.

During a conference call discussing Tesla’s Q1 financial results earlier this year, Elon Musk confirmed Tesla was at the time operating a “captive fleet of hundreds” of  Model X release candidates to iron out any problem with the vehicle.

We have seen these test vehicles around California during the past few months. Most of them were partially covered by vinyl to camouflage the final design of the Model X.

Here’s a recent sighting next to a Model S at a Supercharger: 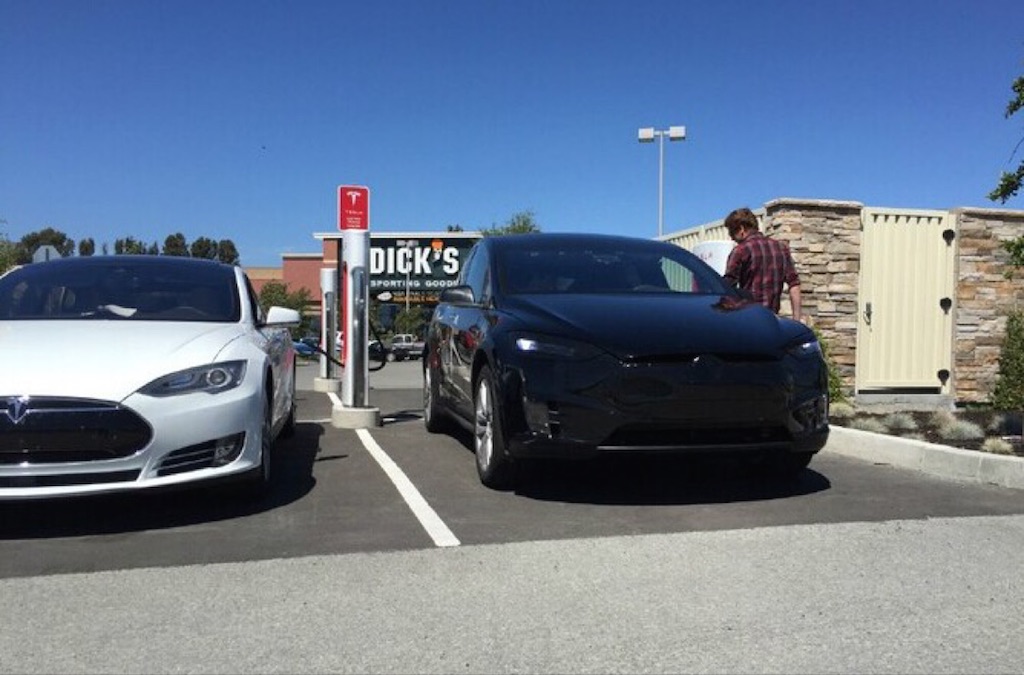 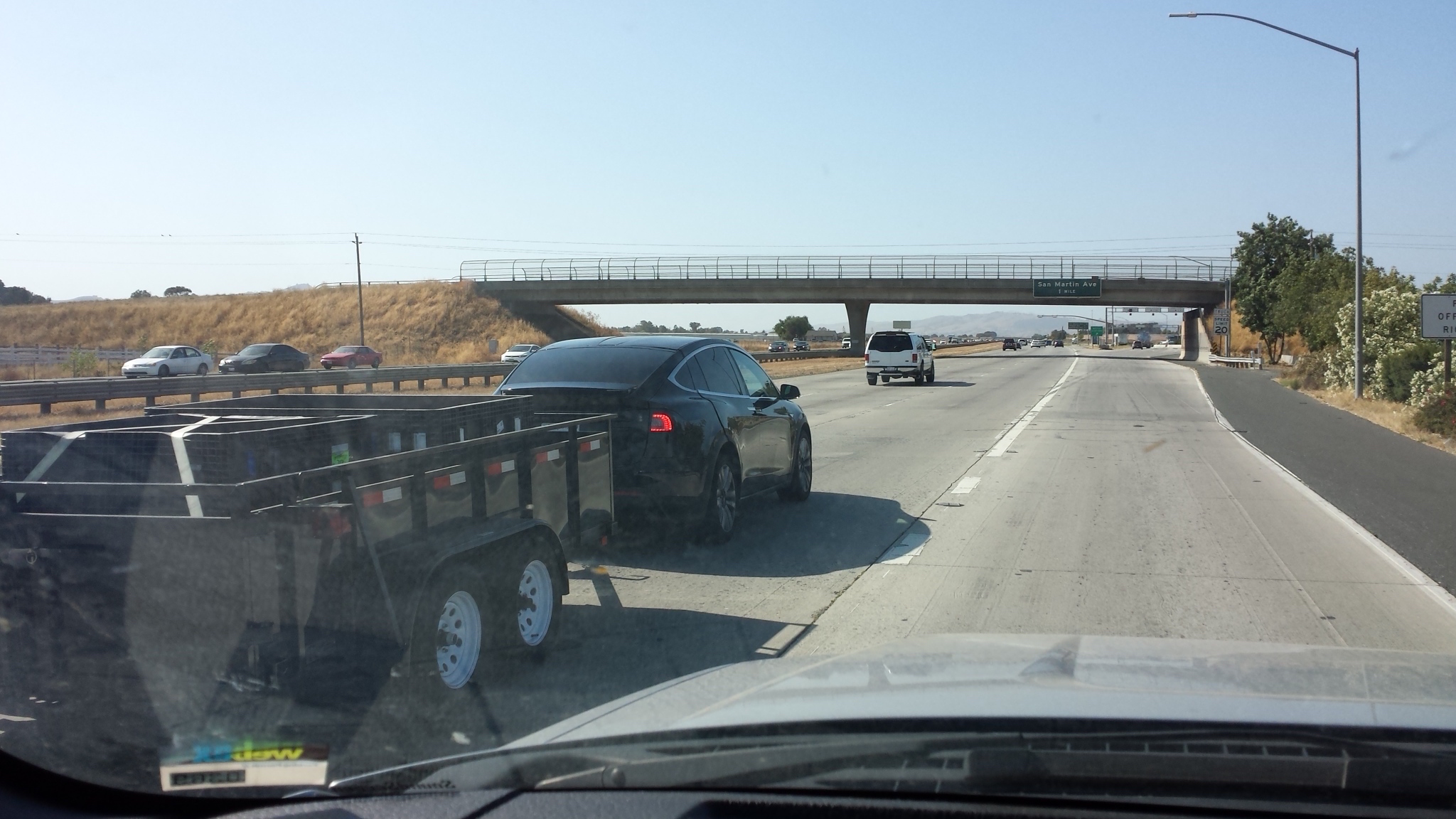 Here’s a picture of the prototype’s interior: 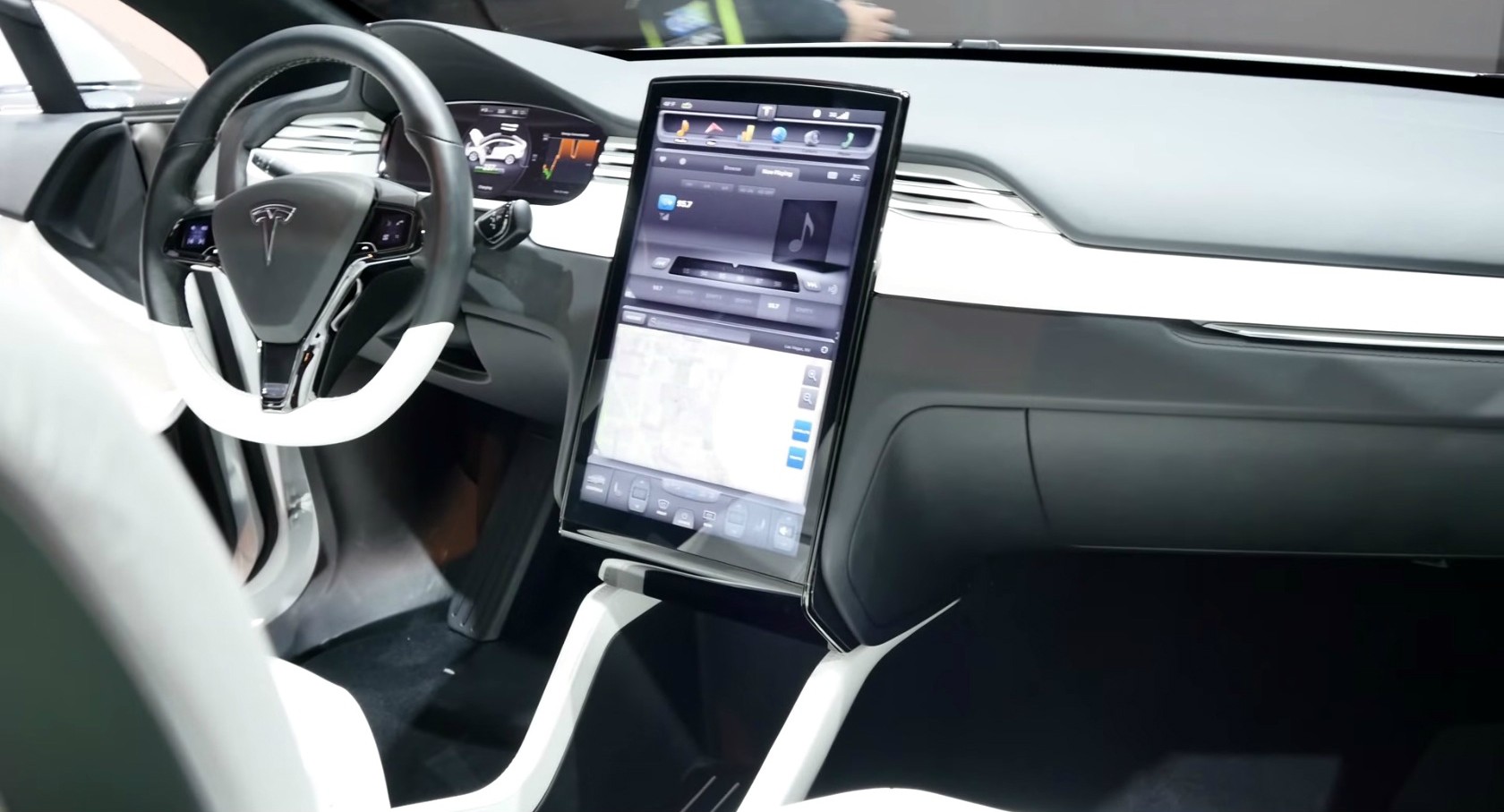 This prototype is presumably the same as the one Tesla showed to reservation holders at their Palo Alto store back in late 2013 – meaning it could be relatively old and things probably changed since then. We got a rare glimpse of the interior of a Model X beta prototype from a video captured earlier this year and it suggests the final interior could look closer to the Model S’ than what we saw from the prototype.

Here’s a screenshot from the video: In term of performances, we can expect something similar to the Model S since even though the Model X is a SUV-crossover, its center of gravity remains very low. The performance version should achieve a 0 to 60 mph in the mid to low 3 seconds.

Although Tesla could possibly include more ‘Autopilot’ hardware in the Model X – and subsequently in the Model S – to allow for more autonomous features in future software updates. Test vehicles have been spotted with ‘Autopilot’ systems using more cameras than are currently included in the production version of the Model S.

Whether or not the imminent release of the Model X will have surprises, at the very least, we will get to see the final design and that’s enough for me. We will finally be done commenting on the design of “camouflaged” vehicles.