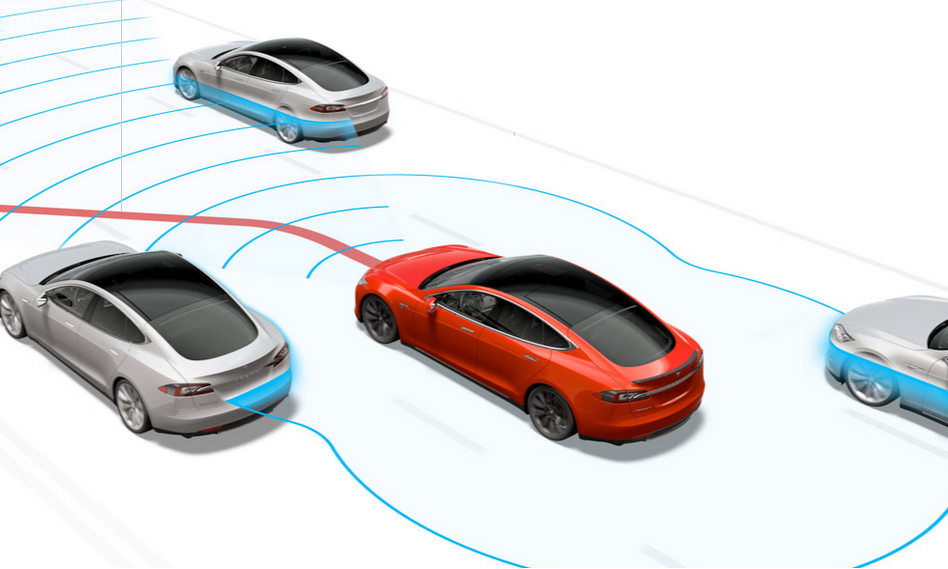 Self-driving cars are a popular topic of discussion and the times of Google singlehandedly spearheading the effort seem long gone with what feels like every tech company on earth working on their own autonomous driving projects. One thing that inevitably comes up when talking about self-driving vehicles is predictions, but as the tech comes closer to reality, predictions and reality are blending to create misconceptions.

During Tesla’s recent shareholders meeting, Elon Musk, Tesla’s CEO, confirmed that the company will be pushing a new software update by the end of the month to their early access customers that will enable new autonomous features to their Model S. This could soon lead to the most advance autonomous capabilities to date in a vehicle currently on public roads.  But there are certain nuances to Tesla’s current self-driving program, which they call “Autopilot”. First of all, it is not meant to ever be a fully self-driving car. Since October 2014, Tesla has been installing what they call “Autopilot hardware” to every Model S they produce. This hardware package includes a forward looking camera, radar, and 360 degree sonar sensors.

Even though the hardware has been installed in Model S’s since October last year, Tesla is far from utilizing the full potential of the equipment and keeps pushing updates to add new “Autopilot” features using inputs from the sensors, camera and radar. Every safety feature such as automatic emergency braking and blind spot warning are included in the price of the car to all Model S owners, but the feature more related to convenience than safety, like traffic-aware cruise control,  are part of the $2,500 Autopilot package, which can also be activated after delivery for $3,000.

This system has its limits. The camera and radar are forward looking which covers the front relatively well, but the 12 long range ultrasonic sensors are positioned to sense 16 feet around the car, which renders the vehicle blind past 16 feet on the sides and the back. Here is a visualization of what the Autopilot’s hardware can see:

No-Automation (Level 0): The driver is in complete and sole control of the primary vehicle controls – brake, steering, throttle, and motive power – at all times.

Function-specific Automation (Level 1): Automation at this level involves one or more specific control functions. Examples include electronic stability control or pre-charged brakes, where the vehicle automatically assists with braking to enable the driver to regain control of the vehicle or stop faster than possible by acting alone.

Combined Function Automation (Level 2): This level involves automation of at least two primary control functions designed to work in unison to relieve the driver of control of those functions. An example of combined functions enabling a Level 2 system is adaptive cruise control in combination with lane centering.

Limited Self-Driving Automation (Level 3): Vehicles at this level of automation enable the driver to cede full control of all safety-critical functions under certain traffic or environmental conditions and in those conditions to rely heavily on the vehicle to monitor for changes in those conditions requiring transition back to driver control. The driver is expected to be available for occasional control, but with sufficiently comfortable transition time. The Google car is an example of limited self-driving automation.

Full Self-Driving Automation (Level 4): The vehicle is designed to perform all safety-critical driving functions and monitor roadway conditions for an entire trip. Such a design anticipates that the driver will provide destination or navigation input, but is not expected to be available for control at any time during the trip. This includes both occupied and unoccupied vehicles.

In the upcoming software update, Tesla will introduce “self-steering” on highways. This function, combined with Tesla’s already available adaptive cruise control, will give the Model S Level 2 automation capacity.

This is not entirely new. It could be described as a more active version of lane keeping which has been available for years. But what could truly be an innovation with Tesla’s self-steering is the ability to change lane by activating the turn signal. If the car could change lane on its own, it would be an automated action instead of a reaction, which wouldn’t be legal, but by making the driver activate the function, the responsibility falls on the driver to make sure the way is clear. This will enable Model S owners to drive on highways without having to touch the steering wheel.

Imagine having your car check your calendar in the morning (a feature introduced in Software v6.0), calculate travel time to your first appointment based on real time traffic data, automatically open the garage door with Homelink, carefully back out of a tight garage, and pull up to your door ready for your commute. Of course, it could also warm or cool your car to your preferences and select your favorite morning news stream.

It’s not clear when this feature will be available, but it is not expected to be released with the upcoming version 7.0 software update. This function could prove an interesting application at Tesla’s Supercharger Network if Tesla manages to make a charge connector to plug itself in the car, something Musk confirmed he wanted to do during the unveiling of the Autopilot in October 2014. A Model S owner arriving at a crowded Supercharger station could park his car in a regular parking spot and go about his business while the car waits for a charging stall to become available and then move the vehicle to the stall for the connector to plug itself and start charging the battery pack.

This feature would give Level 3 automation to the Model S and according to Tesla, it is achievable with the current Autopilot hardware.

Overall the goal of the Tesla Autopilot is not to enable driverless cars, but to lighten the workload of the driver while implementing more advanced safety features. It also offers a non-negligible side effect. The key to develop autonomous driving features is data and by the end of the year, Tesla could have tens of thousands of vehicles with self-steering and pushing inputs from the Autopilot hardware. This data could prove invaluable to develop the next generation of self-driving features.