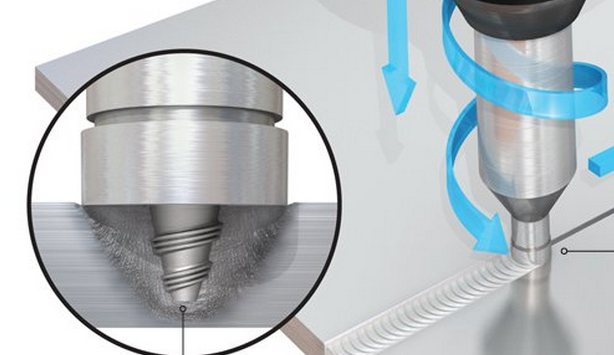 SpaceX transferred friction stir welding techniques and equipment to Tesla Motors according to Ashlee Vance, a Bloomberg journalist who recently published a book about Elon Musk. Musk, CEO of both Tesla and SpaceX, often speaks of the difficulties of running two companies, but he also acknowledged some advantages of being active in two different industries. SpaceX aims at dramatically reducing the cost of rockets and if there’s an industry who mastered the art of making complex vehicles cheap, it’s certainly the automotive industry.

Although maybe not as complex as rockets, modern cars are fairly inexpensive when you take into account that they are made of thousands of unique parts. SpaceX applied strategies borrowed from the car industry to their own manufacturing process, but this time, Tesla is the one benefiting from the sharing of technologies according to Vance.

Friction stir welding was developed in the 90’s, but Spacex perfected its own technique to adapt the technology to large sheets of metal like the ones use for the aluminium tank of their rockets. They developed their own technique and equipment and perfected the process. Here is Musk explaining the process to Wired back in 2012:

Instead of riveting the ribs and hoops, you use a special machine that softens the metal on both sides of the joint without penetrating it or melting it. Unlike traditional welding, which melts and potentially compromises some metals, this process works well with high-strength aluminum alloys. You wind up with a stiffer, lighter structure than was possible before. And your material loss is maybe 10 percent, just for trimming the edges.

The timeframe of the transfer of technology is not clear, but the technique is use on aluminum alloys and the Tesla Model S’ chassis and body are mainly made of aluminum. The metal allows for a lighter vehicle which help achieve better range. Tesla’s next vehicle, the Model X, will also use aluminum. What is not clear is if Tesla’s third generation platform on which their first high volume vehicle will be made, the Model 3, will be using aluminum or cheaper steel.

It would be important to note that Tesla wouldn’t be the first automotive company to use friction stir welding. The technology is common in the aerospace industry for quite some time now, and it slowly made its way to the automotive industry to a lesser level over the years. What is novel here would be SpaceX’s equipment developed to master the welding technique.

This wouldn’t be the first technology Tesla’s borrowed from the aerospace industry. They use deep aluminum extrusions in the side rail of the car to reinforce the vehicle in case of side collision. Not unlike the approach use for the Apollo Lunar Lander. Tesla claims this technique help them achieve an unprecedented score with NHTSA for the side pole intrusion test, which is considered one of the most difficult to pass.