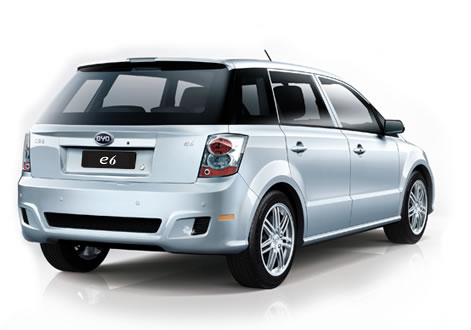 Uber Inc said on Friday it struck a deal with Chinese automaker BYD Co Ltd to test a fleet of electric cars for its drivers.The test program, which kicked off a few weeks ago in Chicago and could eventually expand to other cities, is the Silicon Valley startup’s first attempt to focus on an electric vehicle, said Uber spokeswoman Lauren Altmin.”We’ve seen interest in the program already from current and potential Chicago partners (drivers),” Altmin said.

Uber, which allows users to summon rides on their smartphones, originally started with a luxury town-car service but in many cities has added UberX, a low frills service with nonprofessional drivers using personal cars. The BYD offering is aimed at those drivers.The electric car is part of Uber’s program to help drivers buy or lease new or used cars. The BYD e6 vehicles are available through Green Wheels USA, a Chicago car dealership that focuses on electric and hybrid cars and also builds EV charging stations.

About 25 BYD vehicles are currently being used by Uber drivers in Chicago, and the hope is to bring that number to a couple of hundred by the end of the year, according to Doug Snower, Green Wheels’ president.

These BYD E6’s have 186 mile city range and are currently used in London and Hong Kong as Taxis. It will be interesting to see how the trial goes. Perhaps the biggest hurdle is the 2 hour charging time which will mean that the drivers might be taking a long-ish lunch.

Still, a great way to test out the market in the US.