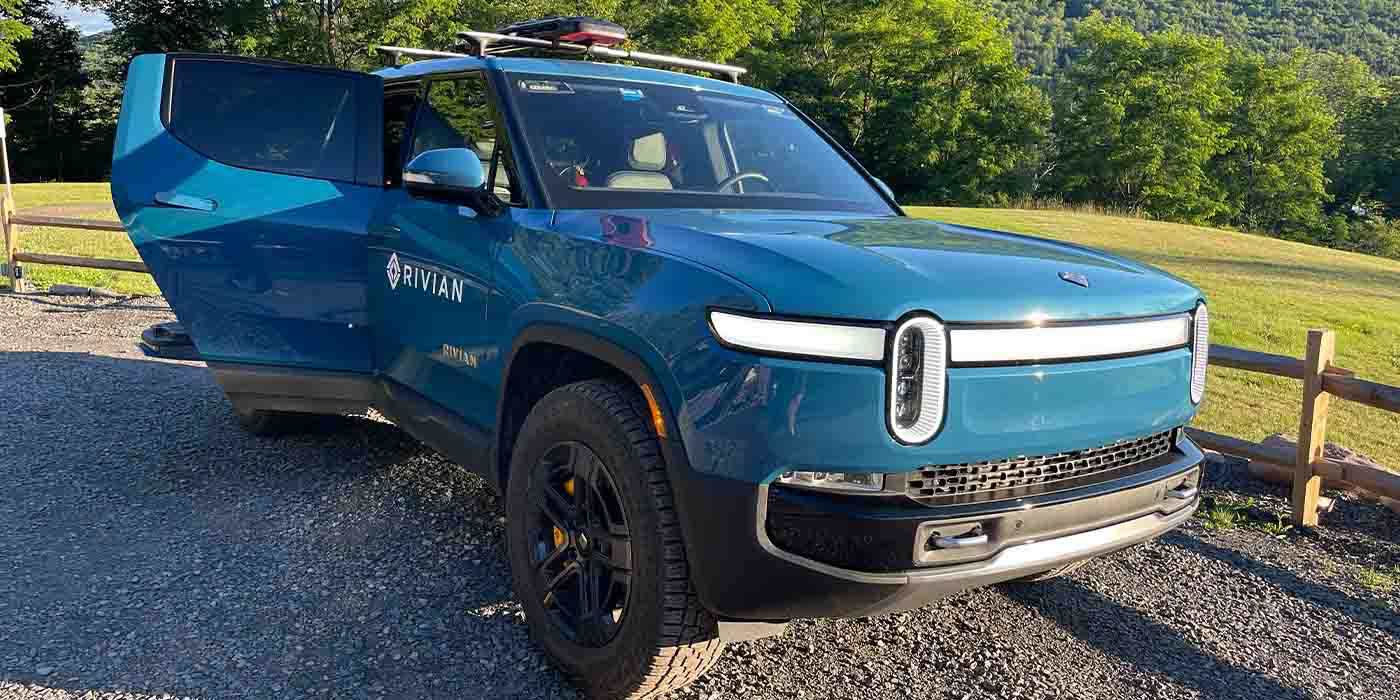 American EV automaker Rivian is rolling out a new all-electric fleet of mobile service vehicles to support the growing number of R1T pickups and R1S SUVs hitting roads around the US. In addition to the images we’ve captured below, you’ll see a video posted by CEO RJ Scaringe, showing Rivian Vans and R1Ts being outfitted with a range mobile service equipment.

Rivian ($RIVN) is a young EV automaker still looking to gain its footing in an ever-growing EV market. Following a massive IPO last fall, the company has brought its first two flagship models to market – the R1T pickup and the R1S SUV, which recently began customer deliveries.

Long before the start of production of the R1T last year, we reported that Rivian had decided to opt for a mobile service fleet to support its EV customers based on app-based scheduling. Similar to rival American Tesla, Rivian’s service EVs can come to you, wherever you are.

At the time, Rivian said these support vehicles would be its all-electric Vans, backed by over 40 planned service centers in the US and Canada. Last summer, we shared blueprints for one of those Service Centers in Costa Mesa, California where Rivian is showing off its new fleet of electric service vehicles today, and it includes more than just Vans.

In addition to the images captured by Electrek‘s own Seth Weintraub seen above, Rivian CEO RJ Scaringe posted a new video of the mobile support EVs being assembled at the company’s facility in Costa Mesa, California.

Based on the video, we’ve learned the previously announced Vans will be joined by custom R1T pickups fitted with equipment to support Rivian customers out in the wild… or in their driveways if that’s easier for their schedule.

In the video, a Rivian employee named Phil walks Scaringe through the custom Rivian Van, explaining some of the design that went into it to support fleet drivers and the services they will be performing to the growing number of Rivian owners.

This includes everything from wheel and tire replacement equipment, a crane for lifting heavy objects, and all the tools in between. The R1T pickups are fitted with pull out drawers in the gear tunnel, complete with a jack and plenty of storage in the truck bed.

You can check out the full walkthrough video below: