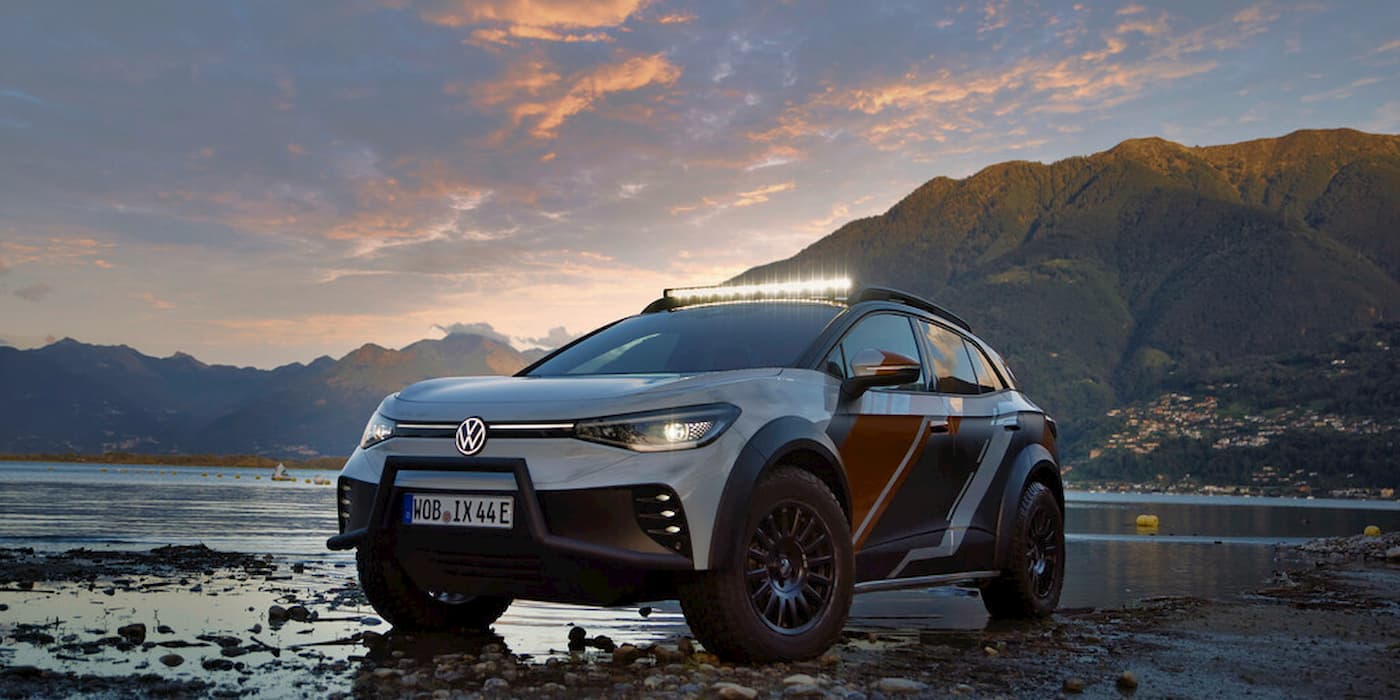 Volkswagen is unveiling its most powerful ID model yet, the all-wheel drive ID XTREME, a rugged off-road EV concept. The aggressive-looking EV SUV is based on VW’s ID.4 GTX model with modern performance upgrades.

The German automating giant has its sights set on being a leader in the rapidly evolving electric vehicle market. VW’s CEO has even gone as far as saying it looks to take the top spot from current EV leader Tesla by 2025.

So far, VW has built an early lead by releasing the ID.4, an affordable EV that starts at $37,495. Furthermore, Volkswagen will build the new 2023 VW ID.4 in Chattanooga, TN, qualifying it for the $7,500 tax credit supplied by the Inflation Reduction Act.

On his first day, VW’s new CEO laid out his plans to accelerate EV production and continue the momentum his predecessor built.

With the release of the Volkswagen ID XTREME, Volkswagen is aiming for a unique type of driver, the adventurer, who looks for freedom wherever they are driving.

As a surprise to most, Volkswagen revealed its ID XTREME EV concept in Tinco Friday, an event for ID and sustainability enthusiasts.

The 100% electric off-road EV uses the ID.4 GTX, its high-performance model, as its base, converting the sporty flagship vehicle into a rugged, off-road machine.

The ID. 4 GTX comes fully loaded with two electric motors delivering maximum output of 220 kW. However, the ID XTREME is fitted with a maximum performance drive on the rear axle and drive control unit software upgrades to boost power by about 30% (65 kW) for a total output of 285 kW.

VW’s head of overall vehicle at the development department, Andreas Reckewerth, was the brains behind the operations. And as the head of the MEB product line, Silke Bagshik explains:

The modular electric drive matrix (MEB) has enormous technical potential. For many of our customers, vehicles are much more than just a means of transport. With the ID. XTREME, we are raising electric mobility from VW to a new performance level.

We are really eager to find out how the fans of electromobility react to the vehicle. Based on the feedback from our community, we will decide how to proceed with the project.

I know what you are thinking; another concept vehicle that will never see the light of day. But, Volkswagen says it will monitor fans’ reactions to the ID XTREME, and based on the feedback, they will decide what’s next for the project.

The ID XTREME is one concept I believe deserves a fair shot. I mean, look at it. It could give Jeep, which revealed plans for four additional EV models, a run for its money.