Jeep says it will launch 4 all-electric SUVs by 2025, including Wagoneer and ‘Wrangler’ EVs 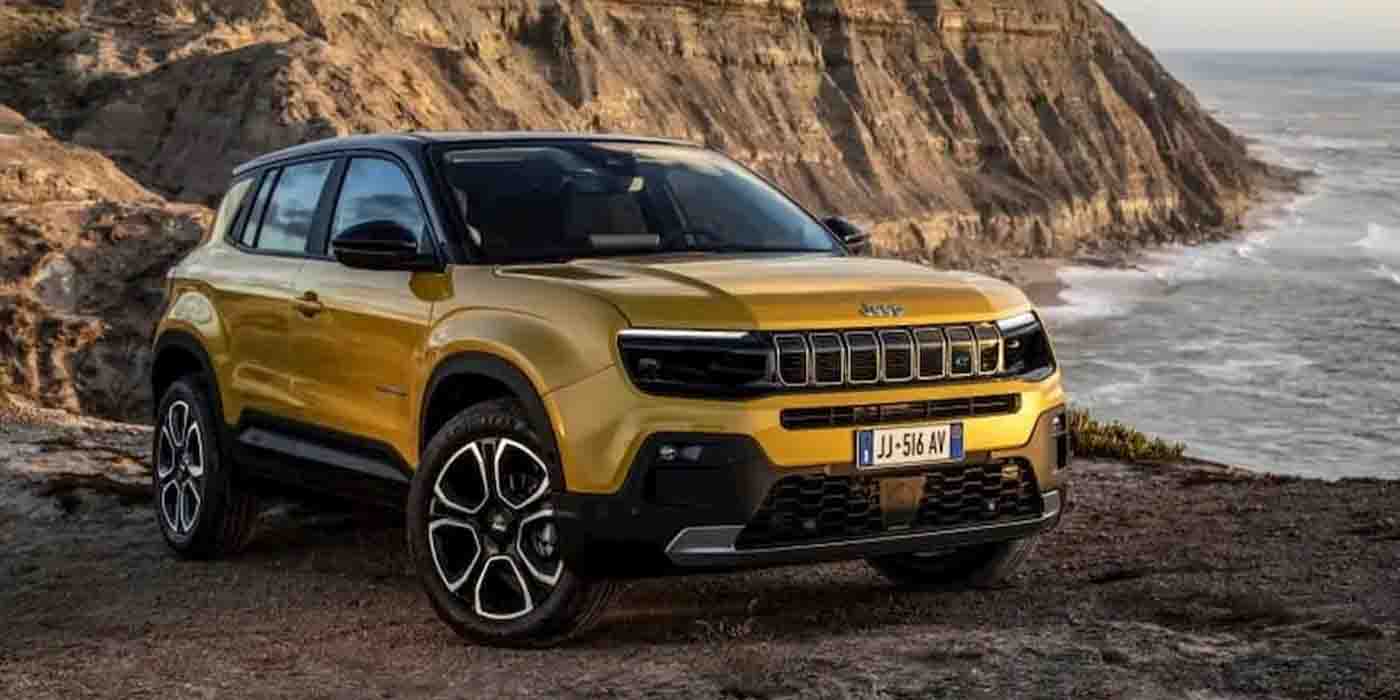 Jeep, the rugged SUV maker, says it will be releasing four new all-electric EV models in the US and Europe by the end of 2025. The move comes as part of the automaker’s plan to hit 50% electric vehicle sales in the US by 2030 and 100% in Europe.

Since 1941, Jeep has been making rugged SUVs designed to bring out your adventurous side. By doing so, the brand has created a loyal following who will only purchase Jeep vehicles.

The automaker was bought out by Chrysler in 1987 and was then merged into the Stellantis brand.

Now Jeep is transforming the brand for a new age of drivers. The automaker’s profound transformation is part of the parent company, Stellantis, Dare Forward 2030 strategy. The plan includes releasing new Jeep EV models and becoming carbon neutral by 2030.

Jeep was built on four values it plans on carrying into the age of electrification. These include:

As part of Jeep’s plans to become the leader in zero-emission SUVs, the company is announcing four all-electric Jeep EVs coming to North America and Europe.

What EV models are available from Jeep

Those of you loyal Jeep drivers will now have the chance to drive in the same capable, rugged SUVs, but now with zero emissions.

The automaker is transforming its legendary 4×4 technology into the electric age with the 4xe. Jeep’s 4xe technology is even more powerful than its predecessor, with increasing on-demand torque for quick acceleration and climbing.

The Jeep Recon will be one of the first electric models to launch in North America, with production expected to start in 2024.

Jeep designed the Recon to carry on the legacy of its ever-popular Wrangler. That being said, the Recon is expected to have everything its 4×4 models offer, only with zero emissions. Furthermore, it will include off-road features like:

The all-new, all-electric Jeep Recon has the capability to cross the mighty Rubicon Trail, one of the most challenging off-road trails in the U.S. and reach the end of the trail with enough range to drive back to town and recharge.

The premium Wagoneer SUV is also getting an electric upgrade. Jeep is calling it the “Wagoneer S.” Jeep’s new premium SUV is designed to set a new standard with the “S” standing for:

The Jeep Wagoneer S is fully loaded with 600 HP, and up to 400 miles of range on a single charge. Jeep claims the Grand Wagoneer is designed to go from New York City to Toronto on a single charge with a combined 500 estimated range.

Jeep’s electric Wagoneer will also start production in 2024, with reservations beginning next year.

The all-electric Jeep Avenger will be first introduced to Europe, where Jeep plans to achieve 100% electrified sales by the end of the decade.

The all-new Avenger will offer Jeep brand capability that is rightsized for the European market. This modern, fun and emotional SUV will appeal to a growing set of customers who are looking for a capable, compact, modern and all-electric Jeep brand alternative to the current players.

Jeep will debut the Avenger EV model at the Paris Motor Show on October 17, while customer reservations will begin on the same day. The Avenger expects to hit showrooms by early 2023.

These Jeep EV models are stylish and still carry on the automaker’s legacy of ruggedness and freedom. Jeep is making a bold statement with its new electric lineup.

I know Jeep fans are some of the most loyal buyers in the auto market. The new electric models are sure to catch on with Jeep’s fan base. I can’t wait to take one out off-roading.