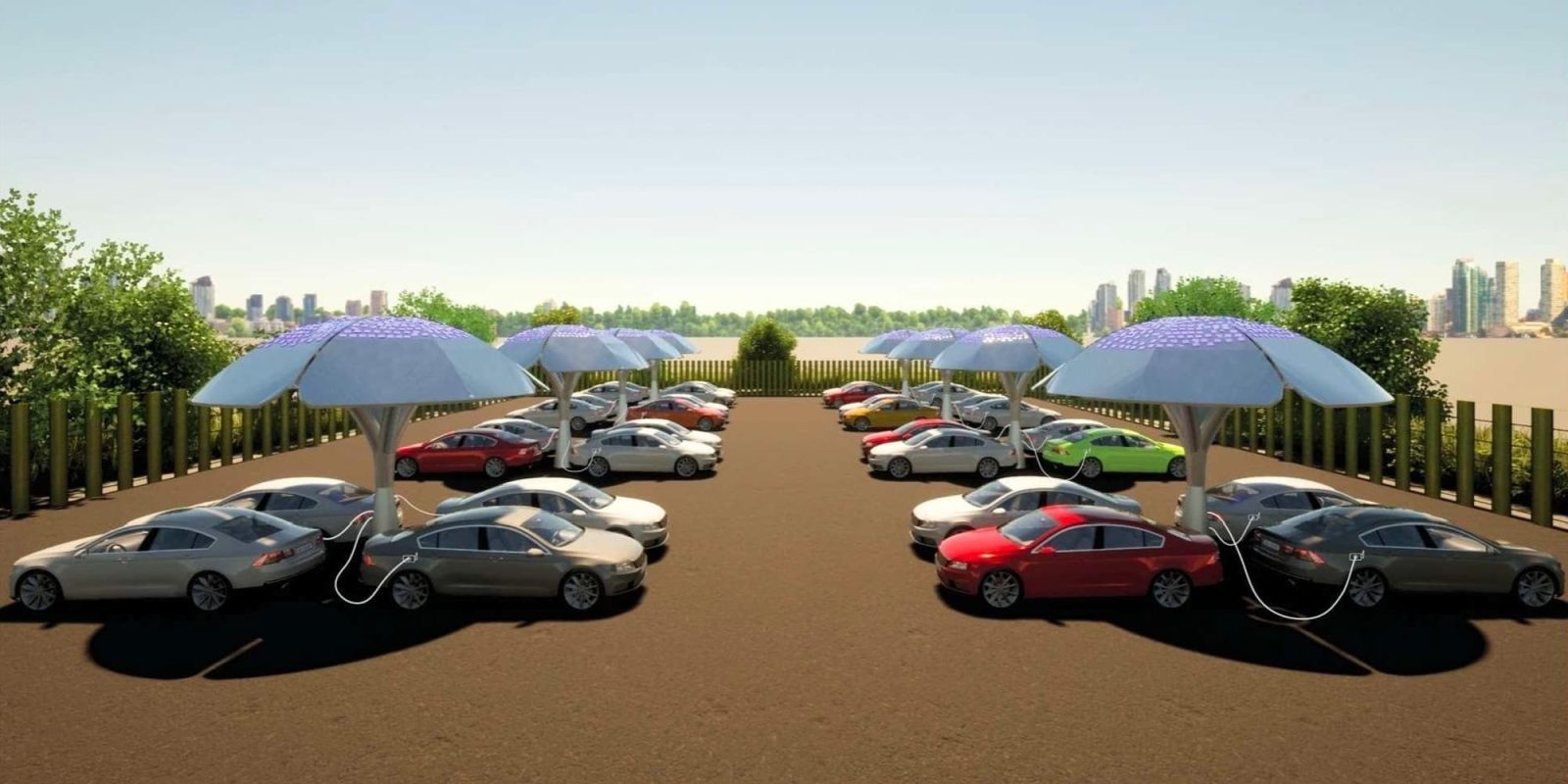 London-based SolarBotanic Trees officially launched its “solar tree” prototype today, and the company wants to use it to power EV charging stations first.

The SolarBotanic energy tree, which features what the company says is the “world’s first” 3-D leaf-shaped photovoltaic nanotechnology, utilizes thin-film solar cells and has a power generation capacity of 5 kilowatts.

The company has designed the solar trees to feed harvested power into an AI-driven energy storage and management system (EMS). That EMS will regulate and release the power.

So in a nutshell, it’s a solar and storage system shaped like a tree.

SolarBotanic Trees says its first-generation solar tree will be available in early 2023, and the company asserts that it will be affordable once it’s mass produced. SolarBotanic’s website states its funding strategy:

A further funding round is planned in H1/2023 to fund the commercial production startup and scale to commercial volumes over the following 36 months.  Discussions are ongoing with key supply chain partners covering manufacture, installation logistics, and in service support.

The company’s target market will first be “rapid electric vehicle charging market for homes, businesses, and commercial car parks.” The solar tree can be linked and can form part of a local grid, or it can feed into the main grid.

So … what’s the unique selling point of this ground-mounted solar tree? There’s already another “botanical” solar array on the market shaped like a giant daisy called the Smartflower.

The Smartflower is a ground-mounted solar array that is comparable to a 4 kW system. It’s so cool looking that my husband and I were ready to order one until we found out that it’s expensive, has limited output, and it also has a short system warranty of just five years. I think of the Smartflower as the Smeg retro refrigerator of solar options: It’s just not a practical choice, no matter how cute it is, so we wistfully had to walk away from both.

So, if SolarBotanic Trees manages to achieve affordability for both commercial and residential, and has a longer system warranty along with its fantastic aesthetics, then there could be solar trees taking root all over the place within a couple years.

Read more: These rooftop solar vacuum tubes that make both electricity and heat are US-bound