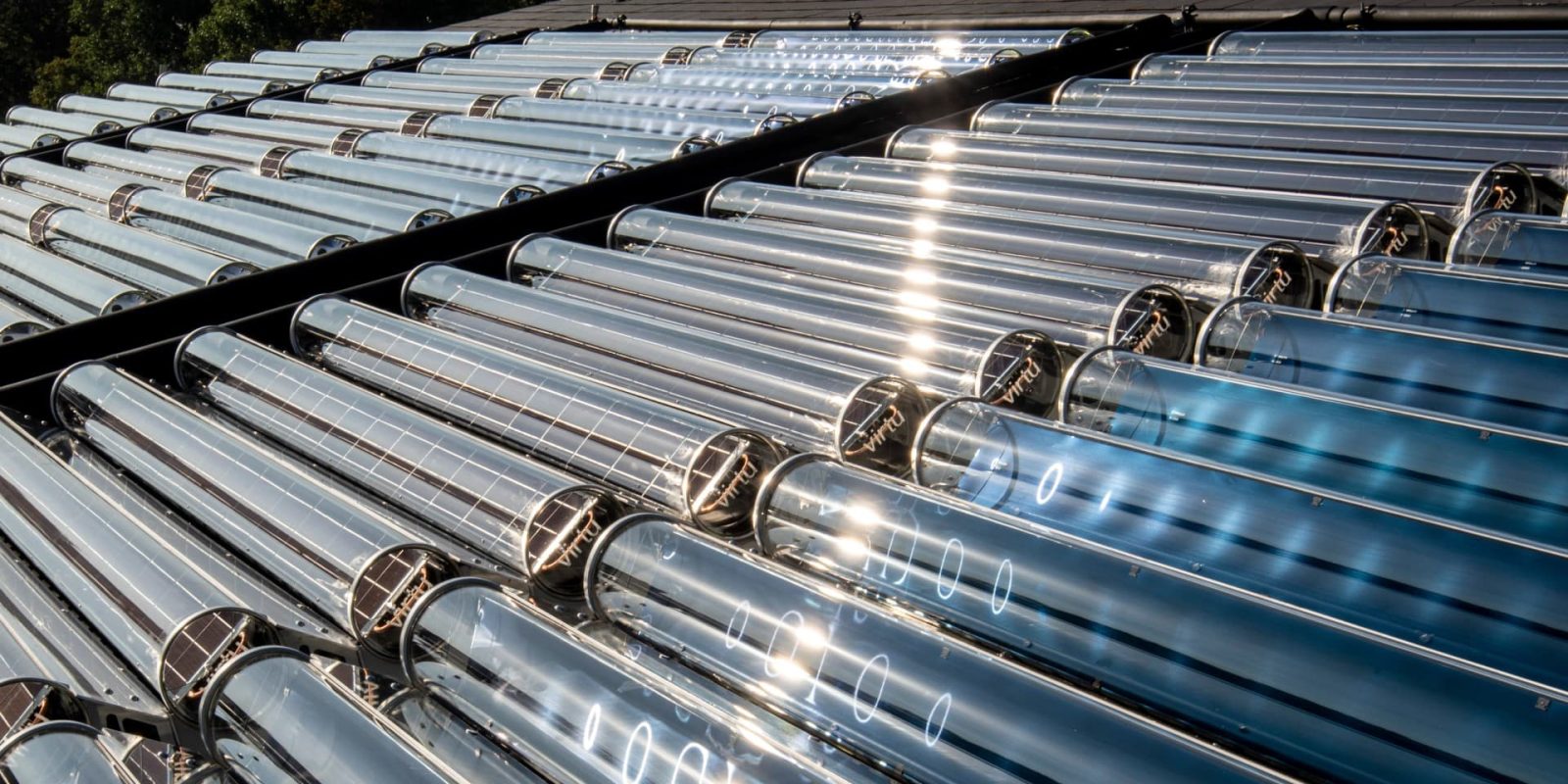 Solar vacuum tubes are made up of two layers of glass with a vacuum in between, kind of like a Thermos. Naked Energy claims that its Virtu products are three to four times more efficient than traditional PV solar panels, and ELM calls Naked Energy a developer of the “world’s highest energy density solar technology” in its news announcement.

Naked Energy says its Virtu products’ vacuum tube minimizes thermal losses to the atmosphere, resulting in high efficiency, even in cold weather. Absorber ​plates in the tubes​ are ​tilted to an optimum angle so that they can be used on flat or pitched roofs, and also vertical facades.

Virtu products are fully modular, so they have a low installation cost. They also have a low-profile design that reduces wind shear. Naked Energy says that its Virtu products are best suited to buildings with high heat demand, such as multi-dwelling residential, manufacturing plants, and hotels.

The VirtuHOT product heats water only, up to 90C (194F), from solar power. But the VirtuPVT product combines solar PV and solar thermal technology to generate both electricity and heat from a single solar collector. Of course, VirtuPVT’s tubes require less space than if there were separate thermal and PV systems being used.

This video demonstrates how VirtuPVT works:

We’ve seen a significant uptick in interest for renewable energy solutions across the United States. In the face of rising energy prices, we’re pleased to be working with Naked Energy to provide the country with renewable alternatives.

When we were introduced to Naked Energy and the Virtu product range it was a no-brainer for us to work with them.

Naked Energy’s Virtu products are versatile and efficient, and the VirtuPVT is especially attention grabbing. What’s not to like about heat and electricity coming from a single tube?

Solar vacuum tubes have always been more efficient than solar panels, but they were also more expensive. But solar manufacturing costs and new manufacturing innovations have brought the cost of solar vacuum tubes down. Naked Energy’s spec sheets don’t state the cost of these, and I suspect they’re still a bit too pricey for individual households. But these could be a real game changer for bigger properties like hotels and hospitals, and maybe in the future, with further innovation and price drops, they’ll become the default choice for household solar.

Read more: Here’s how the US climate act will lower household energy bills