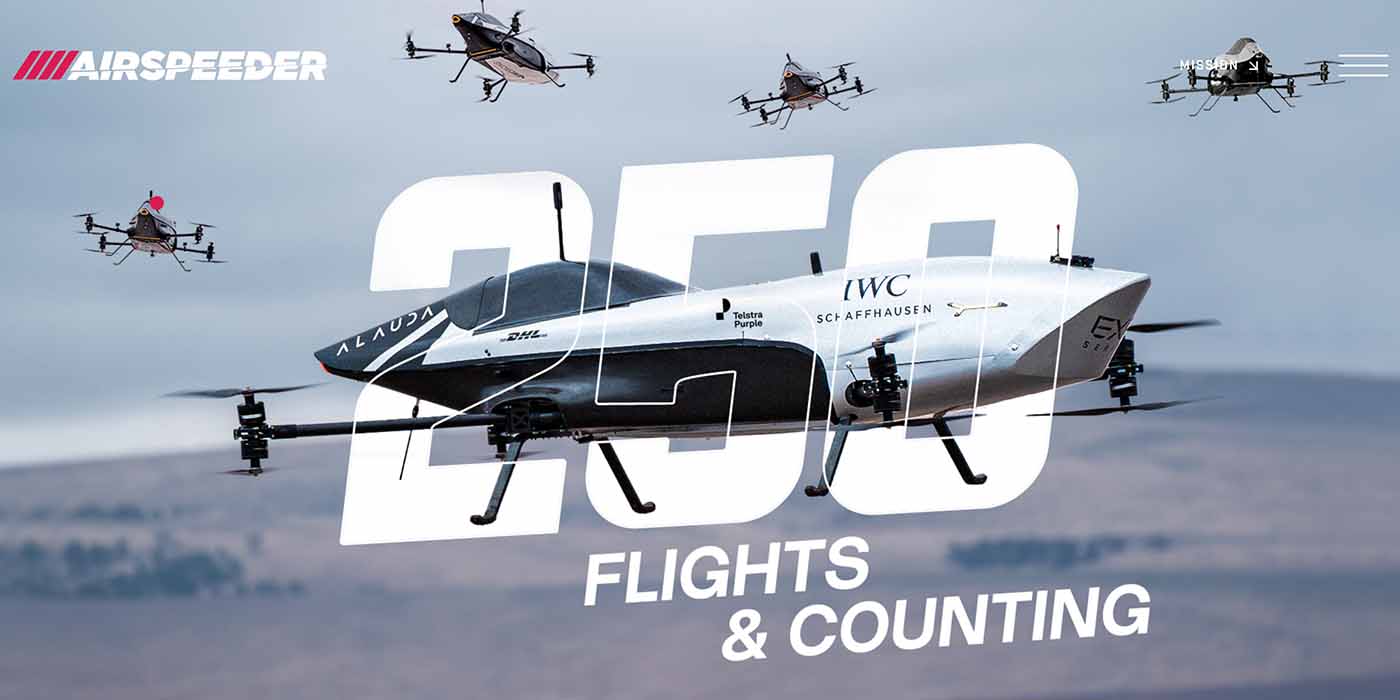 The creator and technical team behind the upcoming Airspeeder eVTOL racing league, Alauda Aeronautics, has successfully completed 250 test flights as it moves closer to one day transporting pilots inside the vessels in worldwide grand prix’. To celebrate, the company has shared extensive video footage of its progress over the course of the last two years. You can view it below.

Airspeeder is a newly formed electric vertical take-off and landing (eVTOL) racing league headquartered in London that was first announced in November 2021. The league exists as an entity of Alauda Aeronautics – an electric aviation company based in Adelaide, Australia, where the league’s technical HQ is located, alongside its testing grounds. Alauda designs, engineers, and builds the league’s eVTOL racing aircraft called “Speeders.”

Airspeeder successfully completed its first remote-piloted eVTOL drag race in 2021 as a pivotal step toward building a competitive league that will eventually consist of multiple teams competing around the globe, which will begin with Airspeeder’s flagship EXA Series later this year, composed of three Grand Prix in three different countries.

Since Alauda first began testing it eVTOL technology in 2016, it has successfully completed 250 test flights. As it continues to work toward deliver Speeders that can operate both quickly and safely in the Airspeeder league, the aviation company has taken a moment to celebrate its progress so far.

eVTOL racing is closer than ever following 250th test flight

To mark its 250th successful flight ,Alauda Aeronautics has shared a press release detailing its progress toward the launch if the Airspeeder eVTOL racing league along with a video of its journey with the Speeders since 2020.

According to the release, Morgan Stanley predicts the eVTOL mobility industry to be worth $1.5 trillion by 2040, and Alauda Aeronautics looks to help pave the way by providing a nascent competitive racing league early. Alauda and Airspeeder CEO Matt Pearson elaborated:

For an industry predicted to be worth $1.5 trillion by 2040, we are proving the application of this truly world-changing technology. This is just the beginning and we can’t wait to introduce the world to this true next generation motorsport.

As part of its test flight process, Alauda shared that it has already established much of the digital and physical infrastructure required to foster its infant racing league. This includes the development and testing of pilot control stations, engineer control stations, race control stations, V2V communications, flight zone mapping and tracking, plus “Digital Sky Gates.”

For the initial races in the EXA series, Speeder pilots will operate the eVTOLs remotely from the ground using advanced Head Up Displays (HUDs). However, the companies are continuing to develop the eVTOL technology and racing practices with the goal to eventually allow for piloted eVTOL races as early as next year.

While the eVTOL racing pilots for the upcoming EXA Series have been announced, the league has not yet shared where or when the races will take place in 2022.

Stay tuned for more on the Airspeeder league, but in the meantime, check out Alauda Aeronautics’ progress in brining eVTOL racing to reality.