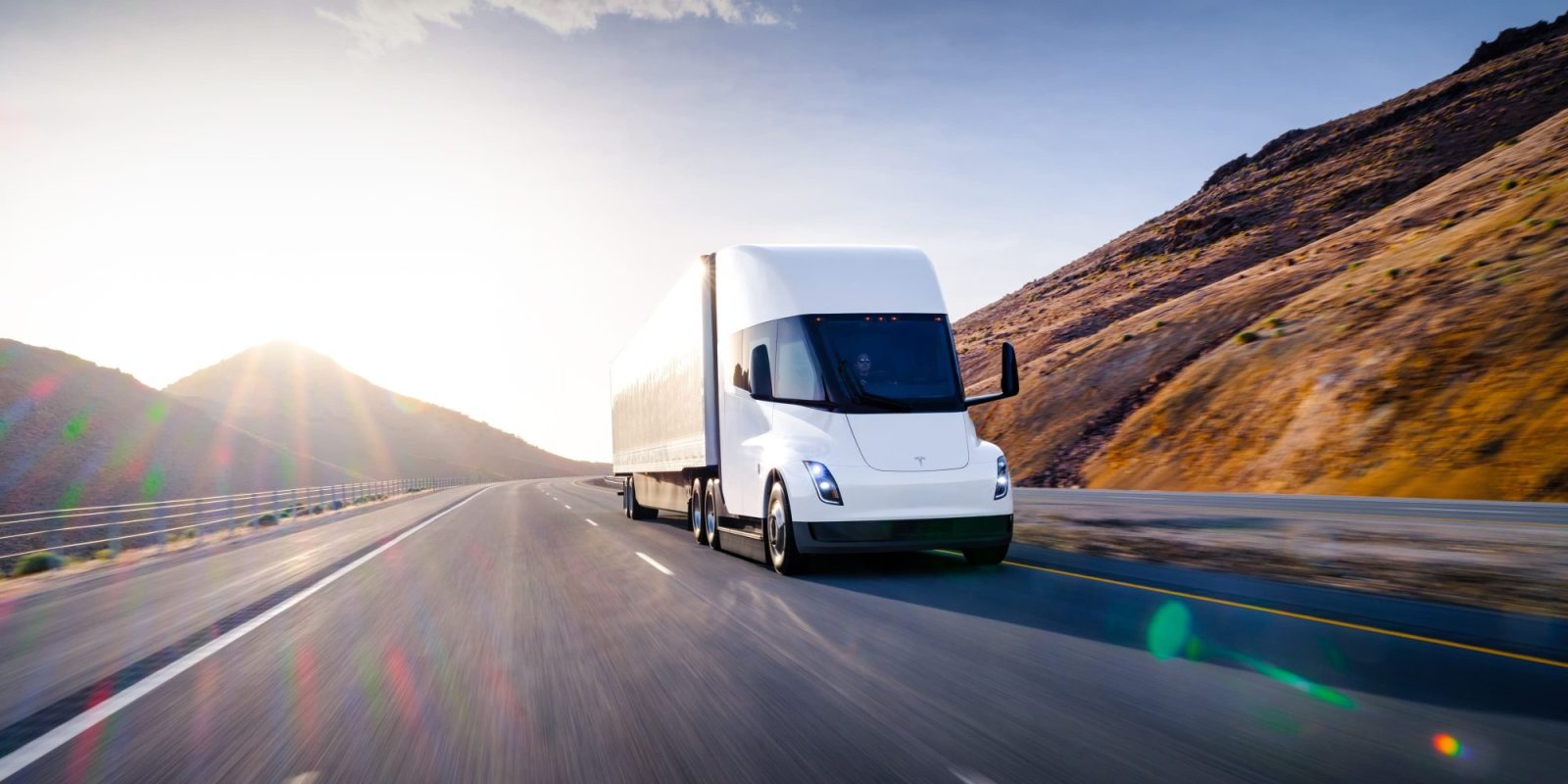 Tesla has stopped taking reservations for the upcoming Tesla Semi, which is slated to release later this year. In addition, it has updated its site with new specs, pictures, and video of the electric semi truck.

Five years after the Tesla Semi’s original unveiling, it looks like we might finally be getting close to its release. And just in time, with the recent passage of the Inflation Reduction Act, which includes big incentives for commercial electric vehicles.

Up until recently, Tesla was taking $20,000 reservations for the upcoming electric semi, but as of today, the “reserve now” button has been removed from its website and replaced with a “get updates” button.

In addition, some specs have been clarified. Tesla still says the truck will be capable of 0-60 in 20 seconds and have 300- or 500-mile battery options with a consumption of under 2kWh per mile – all while fully loaded to its 82,000 lb. capacity.

We also previously just had one static interior photo, while now we have a short video render of the interior:

But a couple expectations have been trimmed down, though only slightly. Tesla originally claimed the truck would have four independent motors and be capable of recharging 400 miles in 30 minutes.

The site now says that the Tesla Semi will have three independent motors (instead of four) and be capable of regaining 70% charge in 30 minutes (which would be 350 miles on a 500-mile battery) when attached to a “Tesla Semi Charger.” And we’ve got a new video of a Tesla Semi pulling up and plugging into one of these chargers installed at Tesla’s Gigafactory Nevada:

Previously, Tesla referred to these Semi chargers as “Megachargers,” so we’re not sure if this is a change in branding or if Tesla plans to use both terms.

Tesla is a member of the CharIN alliance, the industry association behind the CCS standard, which is also working on a larger Megawatt Charging System for commercial vehicles. CharIN is targeting a maximum rate of 3.75MW (3000A, 1250V) for their connector, which will see pilot use in 2023 but debuts fully in 2024. Initial stations will have Tesla-compatible 1MW chargers.

We originally assumed the Semi would need more than 1MW of power to charge at the rates Tesla claims it will charge at.

If the truck can get 500 miles at 2kWh/mi, that means it would have a 1MWh battery, and to charge to 70% of range (700kWh) in 30 minutes, you’d need a 1.4MW average charge rate from 0-80%. Which means peak charging rate would need to be higher than 1.4MW, because charging speeds usually taper off at higher states of charge.

However, Tesla says consumption is less than 2kWh/mi, and these numbers would work out to a 1MW average charge rate if consumption is significantly less than that number – around 1.5kWh/mi, suggesting a 750kWh battery.

For comparison, Rivian and Lightning trucks consume somewhere around 1kWh/mile when towing a large trailer, and they are much lighter and have less rolling resistance than the Tesla Semi. They might have a worse aerodynamic drag coefficient with trailer attached, but the Semi probably still pushes more air due to its larger frontal area. And Volvo’s estimates for the VNR electric involve a bit higher than 2kWh/mile consumption, though they don’t specify that this is under a full load. All told, 1.5kWh/mi consumption would be quite a feat.

Alternately, the change in language could just be a recognition of the 300-mile battery. Does this mean the 300-mile battery can charge to 70% in 30 minutes, and the 500-mile will take longer? Or will they have different charge rates leading to similar charge time on a percent-per-minute basis (larger batteries can typically accept more power, as long as the charger can provide enough)? Or, perhaps, Tesla is just being characteristically generous in their estimates.

So we still don’t quite know battery size, charge rate, or consumption, but we’re getting in the ballpark.

Finally, Tesla’s website originally stated the Tesla Semi would have a .36 Cd drag coefficient, but that stat is now missing. It could have to do with some changes in the design of the truck. The photo on the previous Semi site and first unveiled prototypes show fewer aerodynamic disturbances (more side skirting, less space between tractor and container, no side mirrors) than the most recent, more production-ready prototypes show, as we can see from a video in the background of Tesla’s new site:

After a long wait, it looks like the Tesla Semi is finally starting to materialize. What do you think about these new details? Notice anything we didn’t? Let us know in the comments.