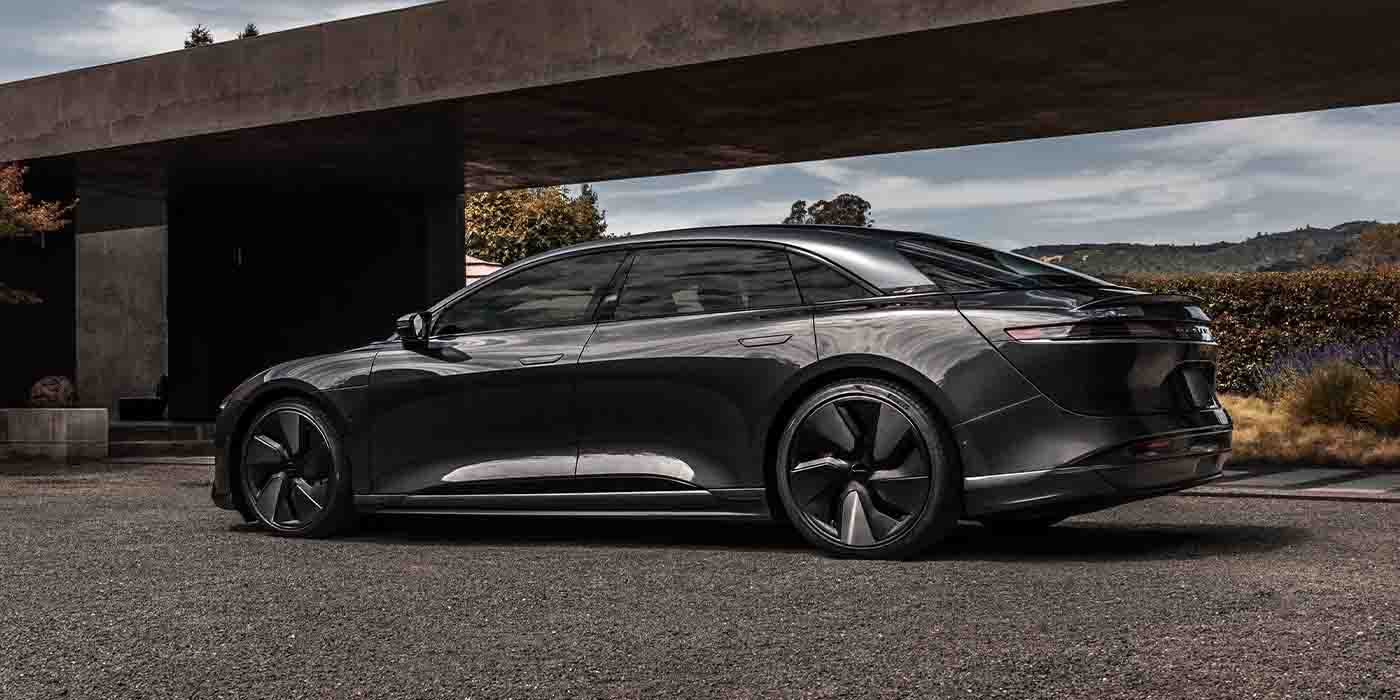 Following a less than stellar Q2 financial report last week, Lucid Motors is diverting the public’s eyes to a shiny new exterior design add-on for the Air sedan called “Stealth Look.” This darker, sportier design replaces thirty-five exterior components on the Air and will come as a choosable option to compliment any of the five color options currently available.

Since beginning deliveries of its flagship Air sedan last fall, Lucid Motors has faced a common issue with young EV automakers, ramping up scaled vehicle production. That’s a feat within itself, but add supply chain constraints plaguing the global market and Lucid has had to adjust its annual vehicle output targets twice already.

As a result, the automaker has again lowered the bar for EV output to 6,000-7,000 units produced this year. With all 520 of the initial Dream Edition versions of the Air delivered, the Grand Touring model and its speedy Performance variant is the current EV on Lucid’s assembly lines and will be joined by the Touring next.

Lucid appears to be embracing the darkness of its turbulent (but hopefully temporary) production woes with a new exterior “Stealth Look” for the Air models mentioned above. Have a look.

Lucid Motors introduced its new Stealth Look exterior upgrade to the Air in a press release, complete with the comparison videos you see above. The $6,000 ($7,500 CAD) upgrade alters thirty-five of the Air’s exterior components including its mirror caps, lower body, and cantrails framing the Glass Canopy roof with a darker Stealth finish in lieu of the standard platinum.

Lucid Group’s SVP of Design and Brand Derek Jenkins shared that the idea to introduce a shadowy counter to the platinum Air sedan has been the plan all along:

From its inception, Lucid Air was designed for two distinct looks that reflect the duality of its personality: standard Platinum Look, which highlights its luxurious nature; and now Stealth Look, which is simultaneously assertive yet under-the-radar.

In addition to the polished dark tone around the Stealth exterior, accents are also finished with black gloss and satin graphite to add to the Air’s edgy new goth look. There are also two new wheel designs/finishes depending on which model you choose:

In terms of Air models, Lucid has shared that the Stealth Look will be available as an upgrade on the Grand Touring, GT Performance, and Touring, but not the Air Pure. Customers will be able to configure their own Air to include a Stealth Look on the Lucid website starting August 10.

The first public debut of the Lucid Air with the Stealth Look will happen at Monterey Car Week on August 17.