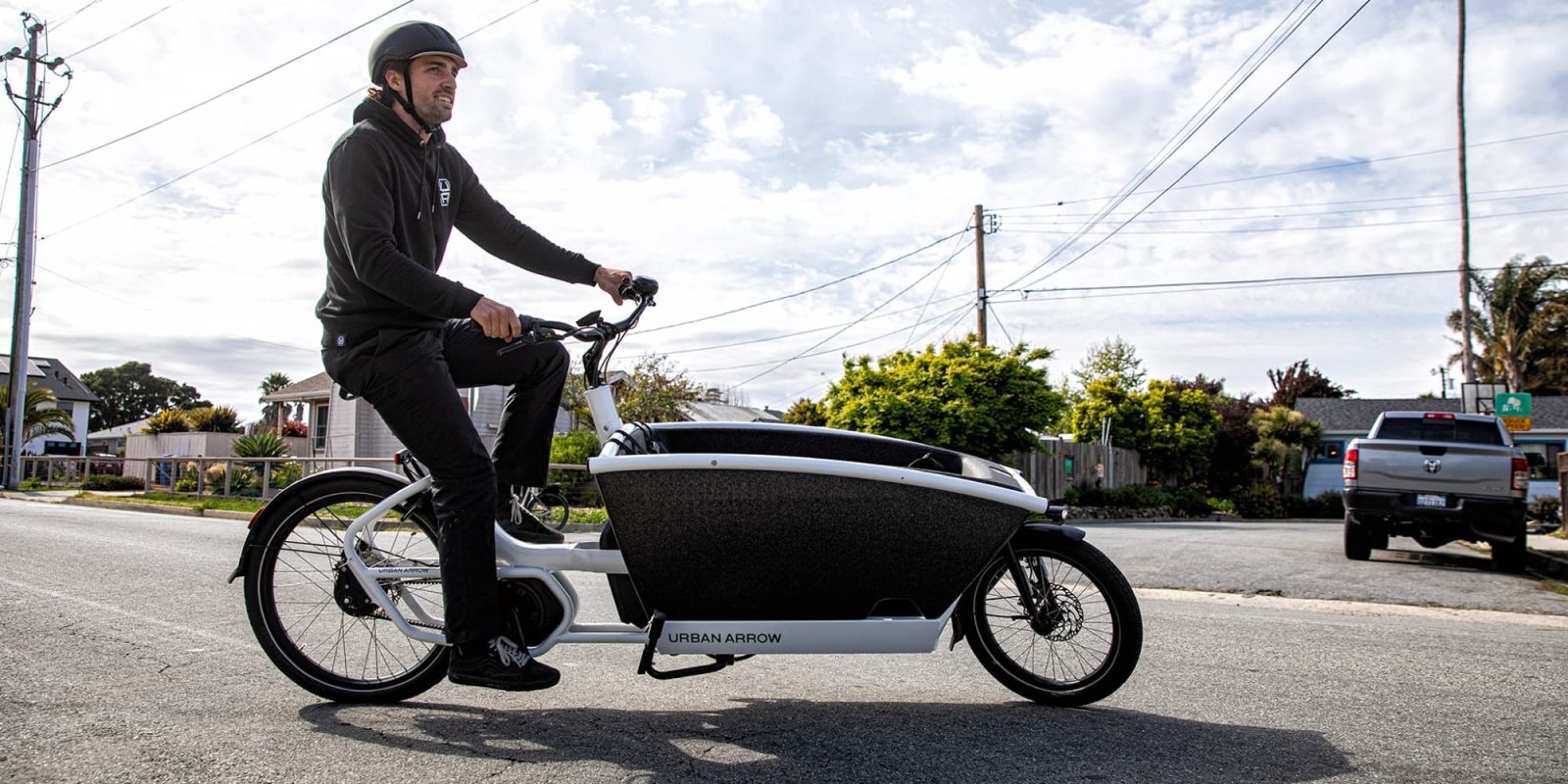 Amsterdam-based Urban Arrow has just updated its Family Cargo line of electric bicycles, making these family-centric electric cargo bikes better than ever for replacing a car in your garage.

Cargo bikes are one of the coolest inventions on two wheels. They take a bicycle’s narrow and convenient form factor and turn it into a heavy-hauling tool that can actually carry your family around or drag home a week’s worth of groceries.

But if you thought pedaling a normal bike was rough, imagine adding several kiddos and maybe a dog into the mix.

Fear not though, because electric cargo bikes solve that issue beautifully. They get you all the cargo space you need, but make the pedaling much more manageable – and even fun!

The new 2022 Urban Arrow Family Cargo line includes a front loading cargo e-bike (the kind with the big bucket up front) that features a number of updates such as Bosch’s latest Kiox display and a new Gates Carbon Drive belt included as standard equipment that is designed to replace the chain with a quiet and maintenance-free drivetrain.

The belt connects the Enviolo Heavy Duty continuously variable transmission to Bosch’s Cargo Line Gen 4 motor. That motor puts out 85 Nm of torque, making it one of the most powerful European mid-drive motors (even if it can’t hold a candle to the Chinese motors that don’t have to play by the same power-limiting rules).

The motor is still listed as a “250W unit,” though the company is winking so hard on that figure that it’s in danger of pulling an eyebrow muscle. The true wattage is almost certainly higher.

Supplying that motor is a Bosch 500Wh battery, which should offer some decent range considering the bike is pedal assist only.

Throttle lovers will need to skip this one, though that’s par for the course with European electric bikes.

Other improvements to the new Urban Arrow Family Line of cargo e-bikes include a redesigned steering tube to improve stability and control at high speeds with heavy loads in the front cargo box.

A set of four-piston Magura brakes will bring those heavy loads to a stop quickly, and are some of the most premium hydraulic disc brakes that you can find on an electric bicycle these days.

The Magura brakes include an e-bike ABS system that reduces the chances of the rear wheel lifting up during quick front braking, allowing riders to lean harder on the front brake. Just, uh… maybe don’t try that on a turn.

Micromobility and alternate forms of personal transportation in the United States are continuing to gain traction at an accelerating rate as gas prices skyrocket and urban commuters look for a better way to move through daily life. Urban Arrow’s line of Family e-cargo bikes are an inspiring, forward-looking, and award-winning alternative to automobiles for individuals and families looking for a singular, sophisticated solution, and these new updates make the choice even clearer.

The choice may be clear, but it doesn’t do the price tag any favors. At an eye-opening $7,999, this isn’t going to be the most affordable electric cargo e-bike on the block.

But then again, it features premium components from a European company and is built using a more complicated front-loading design than typical low-cost long tail electric cargo e-bikes.

More people than ever are switching from cars to electric bicycles, though we still often hear the tired argument that “families with kids need an SUV in the garage.” With bikes like the Urban Arrow Family Cargo line, such high-capacity and high-quality family-oriented cargo e-bikes can actually replace household vehicles used to carry multiple riders or plenty of cargo. If Europeans can do it, maybe Americans one day can too.

Of course, it takes more than an effective electric bike to make that a possibility. Proper cycling infrastructure like safe biking paths is sorely missing in many (most?) American communities. And there will always be that “but what about my 30-mile commute on an 84 mph highway at a 37% grade with cantaloup-size hail” person who says the whole idea of e-bikes as car replacers is cockamamie. But the fact of the matter is that around 80% of the US population lives in areas classified as urban, while only 20% of the population lives in rural areas.

City dwellers are the best candidates for true car replacement e-bikes like these, or at least replacing a second car to turn a family into a one car and one e-bike household. Whether it’s an Urban Arrow or a much, much more affordable model, there are plenty of great cargo e-bikes out there that can get the kids to school without employing a 5,000-pound death machine to do it.