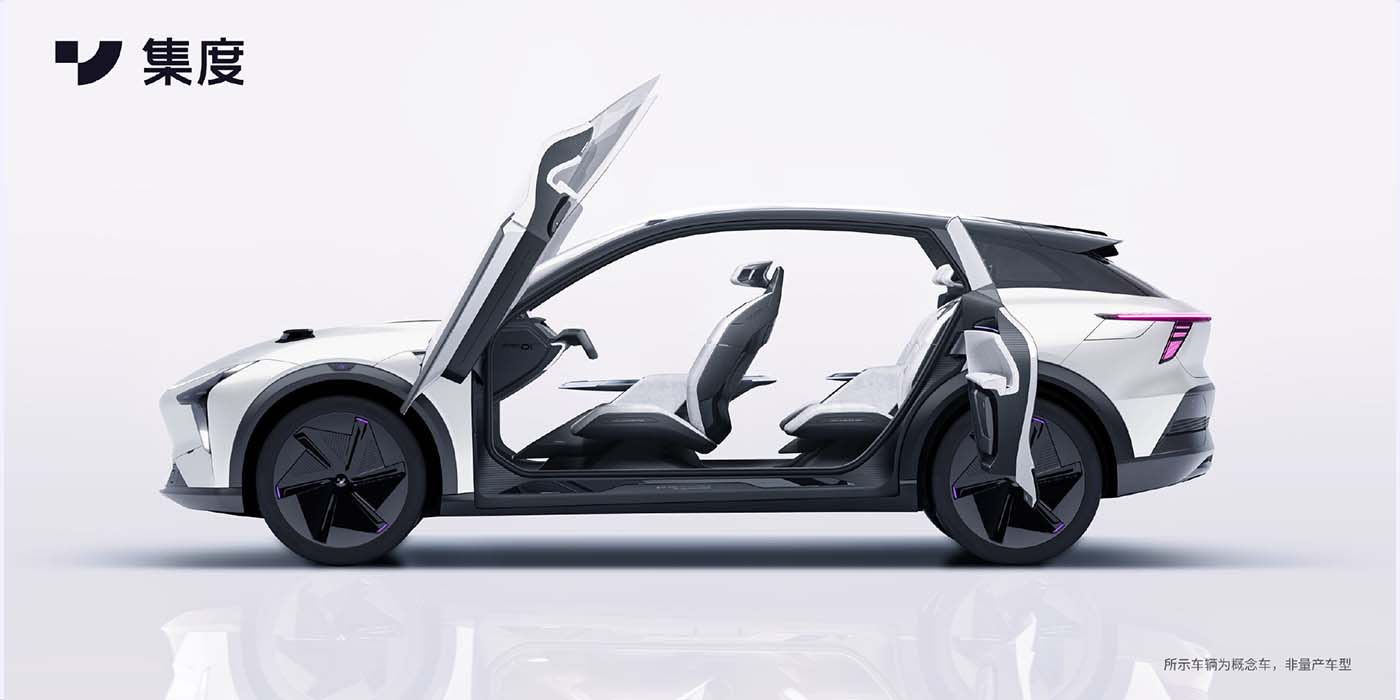 Mere weeks after teasing the production prep of JIDU’s first “Robocar,” the infantile Chinese startup shared some pretty exciting technology in the form of a concept EV.

The “robocar,” as we’ve been referring to it the past several months, is a nameplate for JIDU’s fully-autonomous EVs that combine interactive robot emotion and intelligence within the driving experience.

With money in the bank thanks to Chinese conglomerates like Baidu and Geely Holding Group, JIDU has a concept robocar in place on track for production in 2023. Following today’s ROBODAY presentation, we have learned a lot more about what JIDU’s first EV could deliver, including its official concept name – ROBO-01.

JIDU shares first images and video of its ROBO-01 EV

JIDU shared all the details of its new ROBO-01 concept via its Weibo page following its ROBODAY presentation in China today. According to the EV startup, this concept will deliver futuristic automotive robot design aesthetics, a subversive user experience, industry-leading AI technology.

As you can see from the first image above, the ROBO-01 comes in three separate exterior colors. However, JIDU points out that each individual color also consists of five pigmented technical coatings and layering that refracts in natural light to provide more depth of shades.

To showcase a sleek design and improved aero, JIDU removed the door handles on the ROBO-01 concept and added retractable robotic structures, like LiDAR sensors on the front hood and a ROBOWing tail in the rear.

What’s most exciting about this new robocar however, is its interactive AI, the main purpose of JIDU’s original inception.

The EV’s front design is equipped with AI pixel headlights that allow the vehicle itself to communicate what it is thinking in the form of AI light language based on its own perception of its environment. This is visible in the “thumbs up” icon displayed in its pixel lights in the image above.

The AI voice interaction system also includes external voice recognition, allowing for communication between “human-car-environment.” We joked about this concept being like KITT from Knight Rider months ago, but it’s actually pretty close.

JIDU shared intentions to launch a limited version of the first robocar production model this fall, stating it will share a 90% resemblance to the ROBO-01 concept. Additionally, JIDU is already planning to unveil a second production model at this year’s Guangzhou Auto Show in November.

In the meantime, check out this video of the JIDU ROBO-01 and its AI technology: