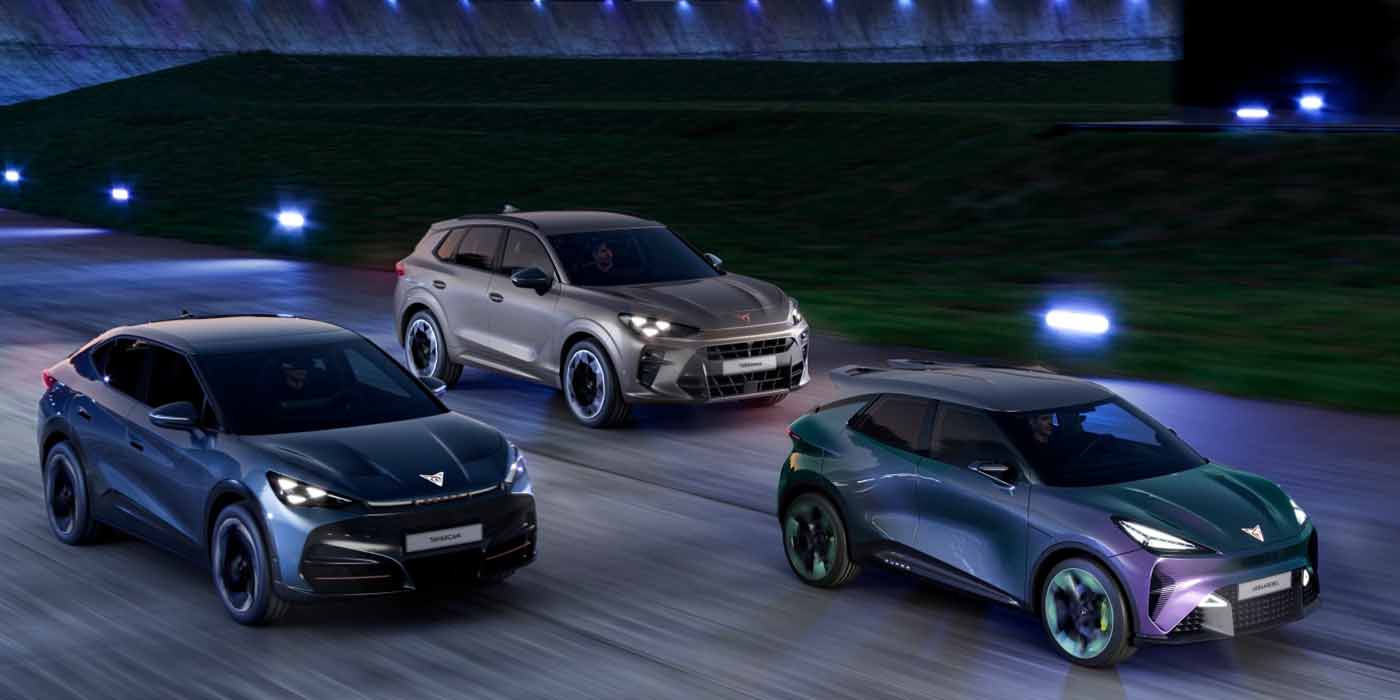 Following public ambitions to become an entirely electric brand by 2030, Cupra has shared its first phase toward this new era, which includes a PHEV SUV and two BEV models, all set to arrive by 2025. Additionally, Cupra intends to use these electrified models to expand its vehicle deliveries into other international markets.

Cupra, aka SEAT Cupra, S.A.U., is a high-performance subsidiary of Spanish automaker SEAT founded in 2018. Parent company SEAT has been wholly owned by Volkswagen Group since the mid-80s.

While Cupra’s initial focus began with combustion-powered rallying and touring car racing, Cupra has begun adapting its business to fit the booming electric vehicle market. This chrysalis began with the Leon e-racer 100% electric touring car, followed by the Cupra Born, which debuted in 2021.

In March 2021, Cupra announced an all-electric SUV on the way called the Tavascan, set to arrive in 2024. This news was followed by the announcement of an additional BEV hatchback concept called the UrbanRebel, scheduled to hit production in 2025 production. As we previously reported, this could still be a hint to Volkswagen’s upcoming ID.2 hatchback on the same MEB platform.

Following a press release from Cupra today, the public has received a progress update to the models mentioned above, in addition to a new PHEV SUV.

Truthfully, much of the news regarding Cupra’s upcoming electrified models is similar to what it shared last September when it first announced its ambitions to become an all-electric brand by 2030.

That being said, we now have a more sturdy timeline as to what consumers can expect to see from Cupra between now and 2025. Here’s the latest:

In the press release, Cupra Vice-president for Research and Development Werner Tietz spoke specifically to the potential of the UrbanRebel EV:

The Cupra UrbanRebel will be the biggest project for our company in the upcoming years, since it is key for our transformation as a fully electric brand. We are leading the cluster development, the family of vehicles that will democratize sustainable urban mobility, for different brands within the Volkswagen Group.

Tonight, we show the entire range of CUPRA’s next generation of heroes to be launched by 2025. In the midterm, our aim is to deliver 500,000 cars per year and push forward with our international expansion into new markets as well as entering new segments. The CUPRA Tribe is committed to making all this happen, it’s the people that count. Because at the end, it’s the people who make the brand.

What specific markets Cupra aims to expand to remains unclear at this time, but we are certain to learn more as the Spanish automaker works to deliver the Tavascan in 2024.