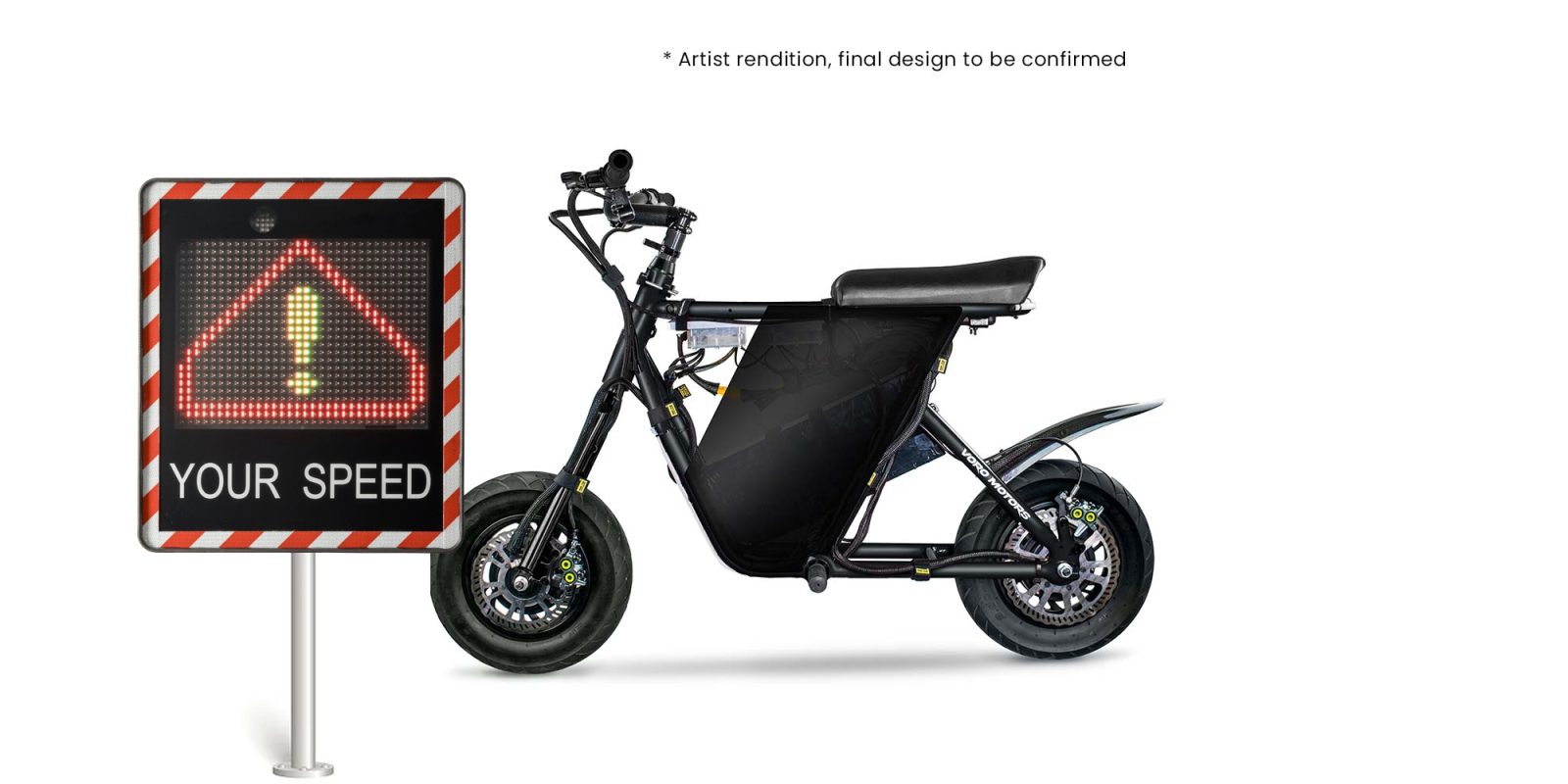 The Roadrunner Tronic is a heavily (and I mean HEAVILY) modified version of the company’s existing RoadRunner electric scooter.

That scooter is already impressive in its own right. The stock scooter gets close to 35 mph (56 km/h) from a pair of motors (500W in the rear and 350W in the front), and is basically a massive 1.25 kWh battery with some wheels and a seat bolted onto it.

I had the chance to test it out a few months ago, and it is an absolute blast to ride (see my video at the bottom of this article). Like, seriously. The thing will have you smiling ear to ear and picking bugs out of your teeth for days.

The ample frame space left in the admittedly small scooter is ripe for customization opportunities, and in fact we’ve seen Voro Motors play around with mods on the scooter in the past.

This time they’ve gone overboard though, kitting the RoadRunner out with a 5,000W motor in both the front and rear of the scooter. With 10 kW of honest power between the knees, the scooter should take riders right up to 65 mph (105 km/h), if anyone is brave enough to push it that hard.

And a 72V 28Ah battery that stuffs in just over 2 kWh of capacity should provide the RoadRunner Tronic with 56 miles (90 km) of range and give it plenty of power to dump when the throttle is pinned.

That throttle on the RoadRunner Tronic comes from Rion, a high-powered scooter manufacturer, and is their unique Rion Curve throttle that uses a thumbwheel for precise control (think back to the days of Boosted electric skateboard throttles that many e-skate companies eventually copied).

The dual Tronic controllers also allow for regenerative braking from the motors, which will help bring this screaming machine back down to reasonable speeds. Whatever speed the motors can’t scrub off during regenerative braking, the dual Zoom 4-piston hydraulic brakes should help finish off.

Ride comfort is the duty of front adjustable damping suspension, though the lack of rear suspension combined with the small wheels means you should probably avoid hitting anything thicker than a garden hose or deeper than a salad plate at full-speed. The 55 lb. (30 kg) scooter isn’t exactly designed for bumpy rides.

The Voro Motors RoadRunner Tronic should be available later this month, and is said to carry a price of $4,500. That would be steep for a micromobility scooter (and quite a hike over the standard model RoadRunner at $1,695), but this might have passed the boundary of scooters and entered full micro-motorcycle territory.

I know I have a bit of a reputation for testing the wildest electric two-wheelers out there, but I thought I might have been able to slink quietly away from this one without anyone noticing.

Or at least that was until a friendly commenter on our Wheel-E podcast called me out directly.

Well, thanks a lot, Ray. I guess now I can’t back down – and with any luck (and if I have any skin left over afterward) we’ll have a review of the RoadRunner Tronic coming up to see how wild this thing really is.

Oh yeah, and if you want to see the objectively powerful but comparatively tame stock version of the RoadRunner, check out my ride video below.