VoroMotors’ RoadRunner is a fast, nutty electric seated scooter you’ve got to see to believe 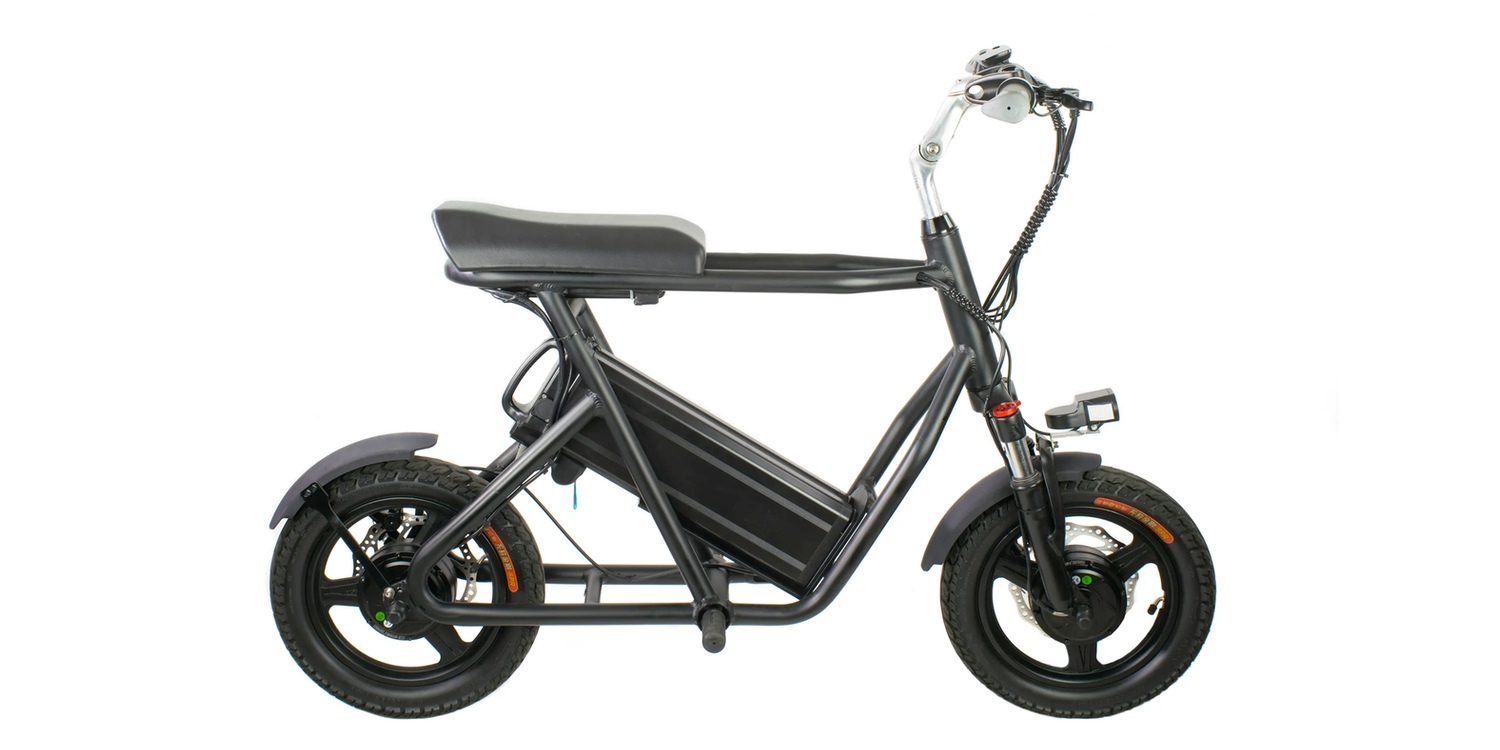 A lot of the seated electric scooters we’ve seen lately are fairly similar looking. But not the VoroMotors RoadRunner! It goes its own way with a design and spec sheet that I never thought I’d see pushed together.

But don’t let its small stature or 14″ wheels fool you. This scooter came to play. Hard.

Together, the pair of motors propels the RoadRunner to its top speed of 35 mph (56 km/h).

That might be a bit heart-thumping on a standing scooter, but the RoadRunner is a seated scooter, and thus it will likely feel more familiar and stable for anyone who knows how to ride a bike. And when you’re flying along at 35 mph, stability is key.

To soak up the bumps, the scooter has a front suspension fork – though the travel doesn’t seem particularly large. There’s no suspension in the rear, so I hope that seat is decently plush.

In addition to the dual motors and high top speed, the next spec that seems incongruous with the class of scooter here is the battery and range.

Instead of outfitting the scooter with some measly battery, VoroMotors provides a giant 48V 26Ah pack with 1,250 Wh of capacity.

It’s also removable so you can swap in a second battery. They’re laying pretty heavily into the “100 miles of range on a single swap” marketing on the sales page, but a closer read shows they mean you can get 50 miles (80 km) of range per battery.

So if you did happen to carry a second battery with you, you’d theoretically score 100 miles (160 km) of total range with a single battery swap.

Now, I’d be hesitant to believe that 50-mile-per-battery claim if it was any other company. But I previously called VoroMotors’ bluff on range and they delivered big time.

I took their EMove Cruiser electric scooter on a range test to see if the company’s massive 60-mile (97 km) range claim was legit.

Spoiler alert: I was able to go just over 60 miles while riding, pinning the throttle at top speed the entire time. It took a whole morning and my feet were pretty tired, but I learned that VoroMotors doesn’t mess around with range ratings.

I even documented my testing – check out the short video below.

It also sports adjustable handlebars that can raise and lower to accommodate varying-sized riders.

Rounding out the parts list are a set of hydraulic disk brakes, an LED display along with front and rear LED lights, a pair of footpegs, and a single-person bench seat.

The single seat is probably a good call; I’m not sure carrying a passenger on this thing would be a good idea. I love dual-passenger electric mopeds, but they’re usually a bit larger and purpose-built for the job.

Considering the giant 1,250 Wh battery, the dual motors, the 35 mph speed and the hydraulic disc brakes, there’s a lot of value.

The downside is anyone above average height might look a tad bit silly, as does the guy in the riding video below. But if you ask me, he also looks like he’s having a heck of a good time, and isn’t that all that matters in the end?!