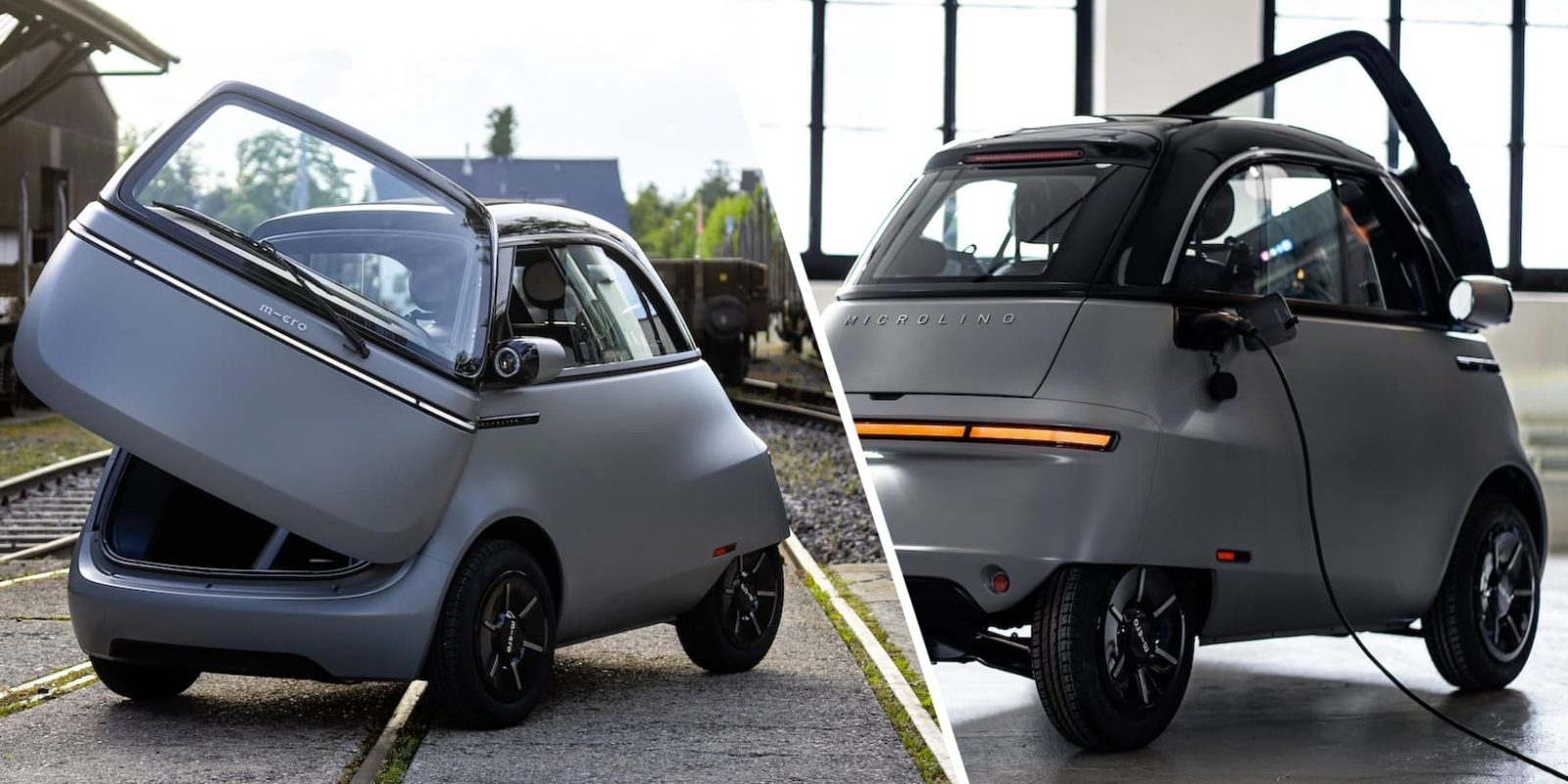 Microlino has just unveiled its Pioneer Series, a limited edition of 999 electric vehicles to be produced on its Turin, Italy, assembly line and destined for its earliest backers.

The Microlino may look like a small electric car, but is actually classified as a quadricycle or L7e-class vehicle in most of Europe.

First unveiled six years ago at the Geneva Motor Show, the Microlino has taken a twisting, turning route towards production.

We got to take a closer look at the company’s Turin-based production line earlier this year, when the company promised that the first vehicles would be coming just a few months later.

More or less on schedule, Microlino is now preparing the first 999 units, which will be individually numbered as part of the Pioneer Series.

They will come in exclusive colors of Atlantis Blue and Torino Aluminium, only available as part of the Pioneer Series, and will include a sun roof, premium interior in vegan leather and suede, and a portable Bluetooth speaker.

The cars come equipped with a 10.5 kWh battery, which is said to offer 177 km (110 miles) of range. Over 80% of the car’s components are made in Europe, with most coming from Italy.

The two-seater also sports 230 liters (8.1 cubic feet) of storage space in the trunk, despite its rather small appearance. The company describes the Microlino as having “space for two adults and three beer crates.”

If you aren’t familiar with the Microlino (or hell, even if you are), I recommend watching the one-minute video below to get a sense of the type of use this vehicle is intended for.

After the first 999 units of the Pioneer Series are produced, the company is expected to begin more full-scale production of Microlino vehicles. The company says it will be able to produce a Microlino vehicle every 20 minutes, once the factory ramps up to full production.

Other quadricycles in Europe are also targeting this niche vehicle category, though few have done it with quite the design flair that the Microlino has managed to capture.

The category is still growing, and I had the chance to test out an Eli ZERO electric microcar recently on a trip to Milan, which you can see below.

But as soon as I can find my way into a Microlino, you better believe I’m going to make it happen!