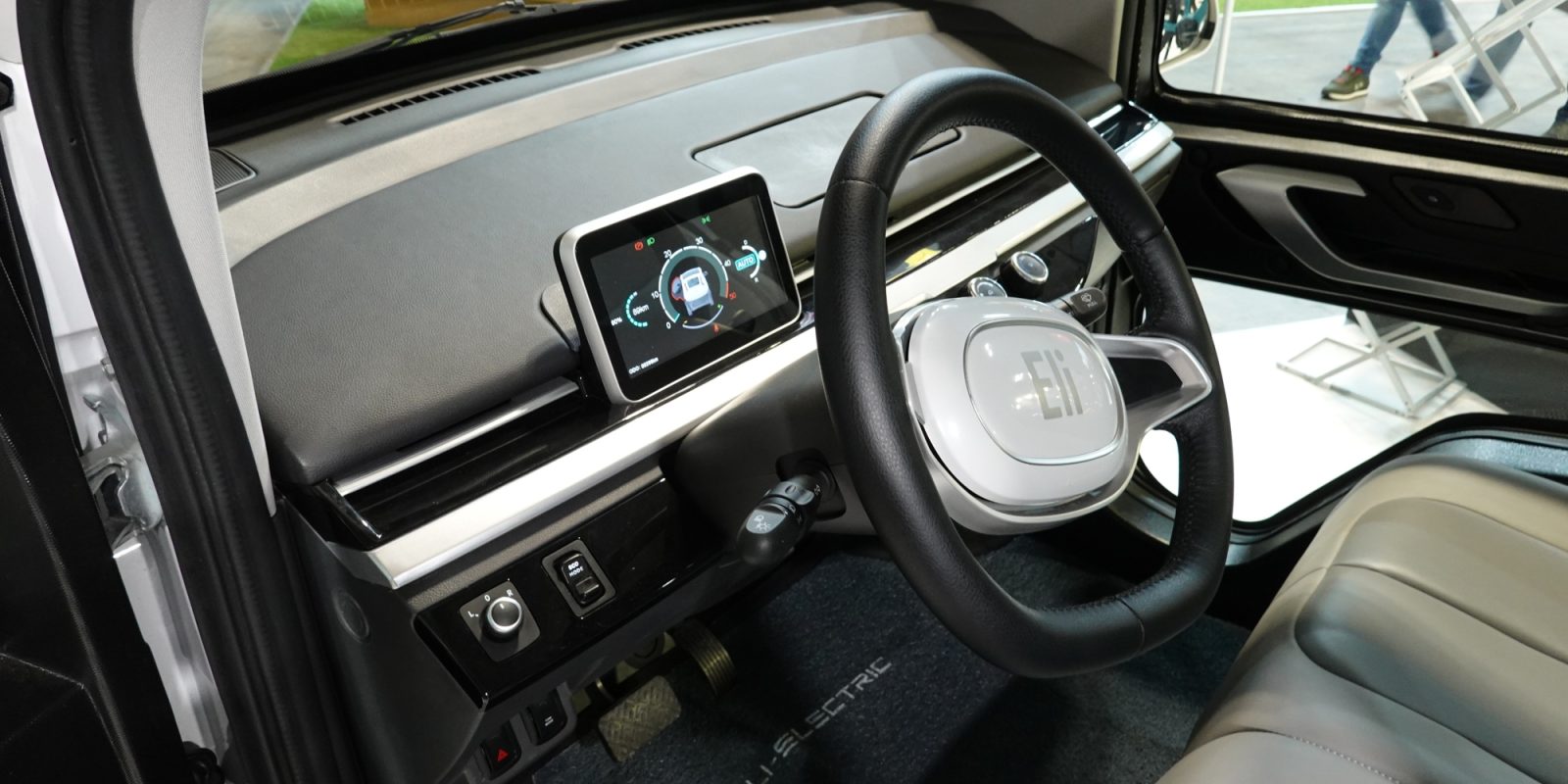 It’s not every day you get the chance to go for a few hot laps in a funky new electric mini-car. But when fate calls, you answer. And that’s just what I did recently on a trip to Milan when the Eli team nervously let me borrow their only prototype vehicle. I wasn’t quite sure what to expect from the Eli ZERO, but I came away excited about the future of these fun little runabouts.

The Eli ZERO is a small, lightweight four-wheeled electric vehicle. It’s not technically a car because it fits into the definition of a quadricycle in Europe. Essentially, that means it is car-shaped, but it’s more like a cross between a motorcycle and an enclosed vehicle in terms of performance and safety.

I received a two-minute briefing on how to operate the ZERO, though it was in Italian and that’s not one of the two languages I claim to have a basic level of control over. But with enough finger-pointing and pantomiming between the two of us, I pretty much got the gist of the controls. Let’s face it: it’s not a complicated vehicle.

In fact, it’s about the bare minimum you’d need to be a vehicle. It has four wheels, two seats, and two doors (three if you count the rear hatch).

While I didn’t get the chance to take it out on open roads due to the minor fact that it wasn’t technically street legal yet, I still did some parking lot loops and then drove it straight through the middle of a tradeshow expo to get it back to its booth before I could raise too much suspicion.

You can check it out in the brief video below.

The Eli ZERO may not technically be a “car” in a legal sense, but it has most of what you need to feel like you’re in a car.

It is powered by a 4 kW motor, which is just north of five horsepower. It’s not crazy powerful, but it’s also only a 40 km/h (25 mph) vehicle, so it’s not meant to blow the doors off.

This is very much an urban vehicle. It puts the “neighborhood” in Neighborhood Electric Vehicle. But even though it’s light on performance, the Eli ZERO is heavy on design. You really feel like you’re in an actual car.

The steering wheel and LCD screen are way more car than golf cart. The hatchback and cargo area offer real utility (though my big travel backpack just about filled it up) and the seats are actually quite comfortable bucket seats, not some cheap foam bench.

There are even creature comfort features like optional air conditioning that make the vehicle pleasant in the hot summer sun. I was testing in the cold Italian winter, so that wasn’t much of a concern to me, but the large windows surrounding the ZERO means it might become a bit of a greenhouse in the sun, so air conditioning sounds like a nice feature to have.

I didn’t get to try charging it, but there’s apparently a built-in charger on board. That should make it nice and easy to charge since you can just plug it right into an extension cord.

With Europe’s handy 220VAC grid, a charge comes in fairly quickly (compared to the US’s slower 110VAC Level 1 charging), so a charge takes around 2.5 hours.

The last I heard, Eli is expecting to sell these things at around US $12,000, give or take. That’s a decent-sized check, though you’re getting a lot of vehicle for your money. Figuratively, of course. The ZERO is tiny. You can touch every interior surface from your spot in the driver’s seat. But you still get a lot here.

The thing is, you’re also missing a lot, as in the functionality of a true car. If you needed to go over 40 km/h (25 mph), then you’re out of luck and should look at other vehicles.

But if you’re on the hunt for a small, urban-only vehicle for cruising your local neighborhood in style, the Eli ZERO is an awesome little not-car for the job.

Hopefully we’ll get the chance to do a longer test of the Eli ZERO on some real roads once the cars are ready for full testing. Until then, let’s hear your opinion on this unique little four-wheeler. Share your thoughts in the comment section below!