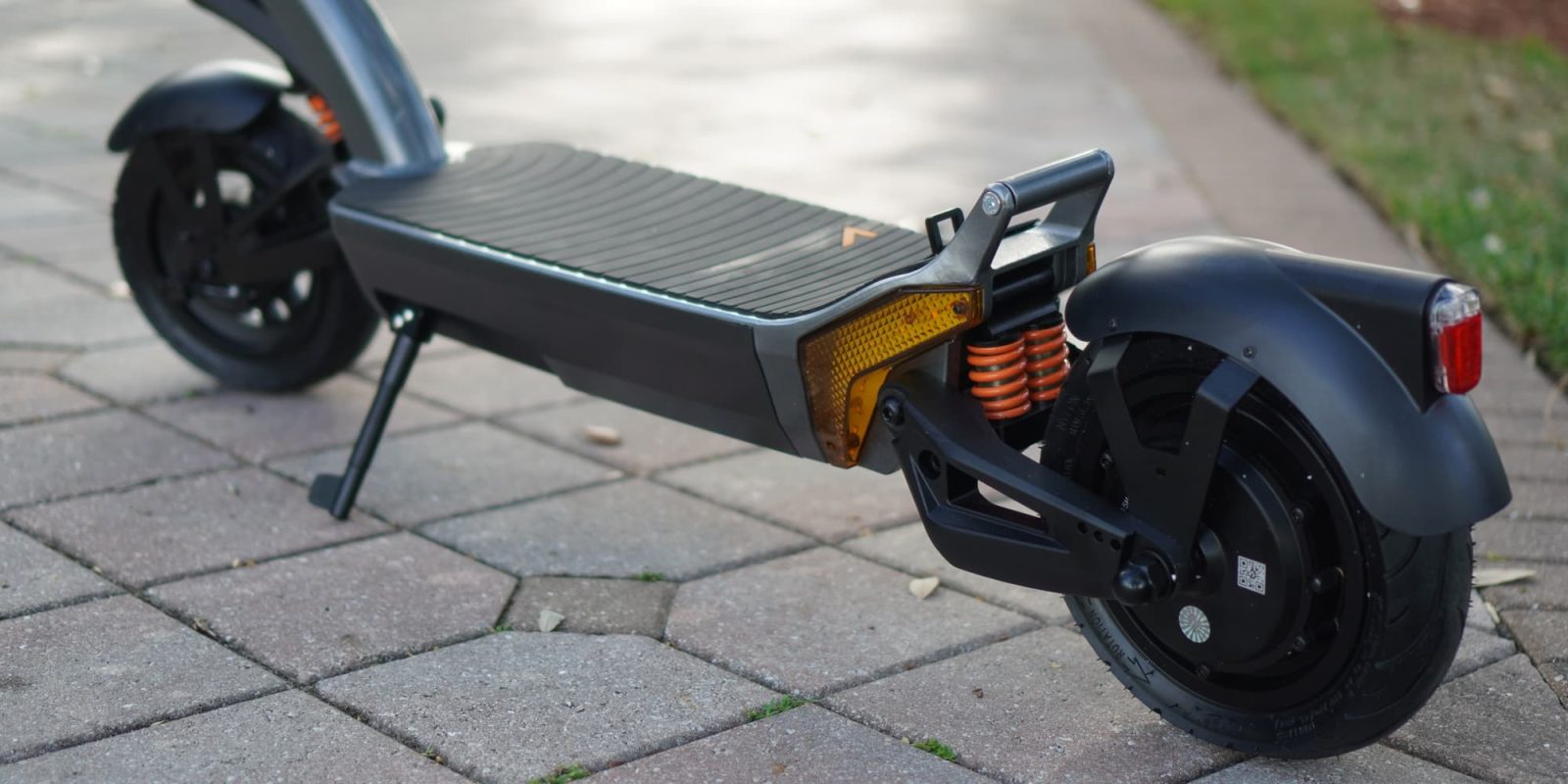 I recently had the chance to put some good miles on the newly unveiled 2022 Apollo City electric scooter to see what makes the latest version of this awesome new scooter so special. And considering the company built it using all the feedback they’ve received over the years from their massive community, it definitely ticks a ton of my boxes for an ideal high-speed commuter electric scooter.

The design of the new Apollo City 2022 required going back to the drawing board and rethinking how electric scooters are normally built.

E-scooters are typically an amalgamation of many smaller off-the-shelf parts, all bolted together to optimize for cost. That’s part of the reason that many look so similar. But that method also means you end up with a weaker and clunkier product.

That’s why the Apollo team designed as much of the scooter from scratch, starting with larger metal components to avoid the mistakes of past electric scooters and resulting in a more integrated and significantly sturdier design.

Having ridden the scooter, I can tell you that isn’t just marketing fluff or the company line. It’s the reality of the new Apollo City 2022 scooter.

Designed with a purpose

The first thing you notice about an electric scooter when you hop on are the touch points. That’s basically the deck and the handlebars.

On the new Apollo City, you’re greeted by a wide deck with plenty of foot space to play around with, plus a whole slew of new parts and features on those handlebars.

Right off the bat, there are two throttles jumping out at you. Except one isn’t really a throttle. The left-side thumb lever is actually for regenerative braking, and boy, does it work well!

I can basically come to a stop without needing to engage the mechanical drum brakes, though it’s of course nice to know they are there (and I love drum brakes for their sealed design that basically never requires maintenance).

The right-side thumb throttle acts like you’d expect, though it was also designed purposefully by Apollo instead of just being another off-the-shelf part like so many other e-scooters these days.

It’s nicely ergonomic and gives me no thumb strain on longer rides.

There’s even more in the cockpit though, including turn signal buttons, a small yet easily readable screen, and a bell built into the brake lever.

I love those brake lever bells because they’re quick and easy to use while taking up no extra space on the handlebars. When someone walks into the bike path and you want to give them a heads up, there’s no fumbling around looking for the bell. It’s right where it should be, intuitively.

But of course there’s so much more to a scooter than just what you can see in an initial scan. Let’s hop into the ride now.

There are actually two versions of the new Apollo City that will offer different experiences: the City and City Pro.

The City gets a 500W rear hub motor while the City Pro gets dual 500W hub motors. Since the motors are actually 1,000W peak-rated, that means the City Pro can pull 2,000W of peak power.

Both scooters are solidly built though, and the folding mechanism is amazingly solid. It gives me the confidence necessary to do 30+ mph while standing, that’s for sure.

Part of the confidence-inspiring feeling of the City’s ride is its suspension and tires. The 10″ tires are 3.5″ wide, making them both taller and wider than most electric scooters. They’re also made from this self-healing gummy rubber that can take a 2″ nail and reseal itself. There’s no inner tube since the tires seat like a motorcycle or car tire, and so you’re still riding on air instead of the harsher ride you get with a solid rubber tire. In the past, the only way to have true 100% flat tire protection was to use a solid rubber tire, but these self-healing tires give you the advantages of air tires without worrying about flats.

The suspension is also nicely dialed in, offering good handling and a comfortable ride in both the front and rear. The orange springs also look pretty slick on the gray scooter, even if that’s a purely aesthetic note. But hey, a scooter doesn’t only need to perform well. It’s also nice when it can look good while doing it!

And don’t get me started on the app! Some companies roll out an app just for the app’s sake. But Apollo’s is nicely designed, actually gives you control over the scooter’s features and performance to make changes, and even has built in turn-by-turn navigation so you don’t have to leave the app to go to Waze or Google Maps. They really packed a lot into one app!

The Apollo Explore might have been my favorite middle-weight and middle-priced electric scooter I tested from the company until now, since the new City and City Pro crush it when it comes to performance, look, feel, and value at these prices.

Ultimately, the countless hours of designing and redesigning this scooter based on all the feedback that Apollo received from its community of riders is readily apparent in the scooter’s look and feel. From the integrated design to the IP56 rating and even the fair price, this scooter really takes the cake when it comes to powerful and fully-equipped commuter scooters.

This isn’t some “keep in your trunk just in case” scooter. This is a “you don’t really need a car anymore” scooter.

It’s designed for hard, everyday commuting, and it’s intended for people that truly rely on their scooters as a means of transportation. That dedication to design and functionality shines through.