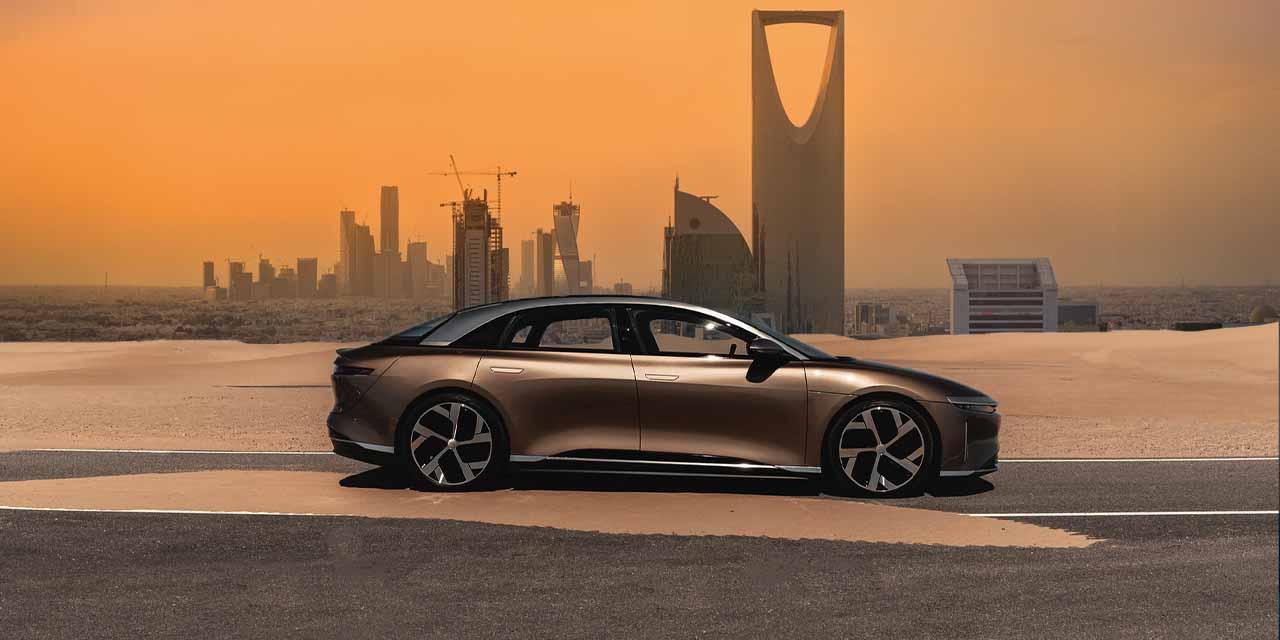 Lucid Group has announced a new agreement with long-time supporter Saudi Arabia and its Ministry of Finance. Under the terms of the agreement, the Government of Saudi Arabia has committed to purchasing 50,000 EVs from Lucid Motors over the next ten years, with the option to purchase an additional 50k over that same timeframe.

Lucid Motors is an American automaker whose EV production is just beginning to pick up following first deliveries of its Dream Edition Air sedan this past fall. The next trim of the Air – the Grand Touring, has recently begun deliveries as well and will be joined by an even speedier Performance version.

We got the chance to visit Lucid’s AMP-1 facility in Casa Grande, Arizona, where the Airs are built, and it’s a marvel. With the second of four planned expansion phases already underway, Lucid is gearing up for some major EV output. This should soon include the automaker’s second model, the Gravity SUV.

Looking back, Lucid may not have reached this tipping point of scaled production if it weren’t for a massive influx of funding from the Public Investment Fund of Saudi Arabia (PIF) back in 2018. In 2021, rumors began to swell that the $1 billion investment from PIF was contingent upon Lucid building a manufacturing facility in Saudi Arabia.

While its middle-eastern EV plant remains a blueprint for the time being, EVs eventually built there will be sold to the Government of Saudi Arabia. For now, Lucid will be shipping EVs built in Arizona overseas to begin filling one of the largest commitments for an EV purchase ever.

Lucid Group announced its new purchase commitment from the Government of Saudi Arabia in a press release this afternoon. The purchase of at least 50,000 Lucid EVs is part of the Kingdom’s “Saudi Vision 2030” and “Saudi Green Initiative” sustainability strategies. Here’s how the order breaks down:

Delivering up to 100,000 Lucid electric vehicles in Saudi Arabia represents another pivotal moment in our acceleration of sustainable transportation worldwide. We are delighted to be supporting Saudi Arabia in achieving its sustainability goals and net zero ambitions, as outlined by Saudi Vision 2030 and the Saudi Green Initiative, by bringing our advanced luxury EVs to Saudi Arabia.

According to Lucid, the purchase price of its electric vehicles will be determined based on whichever is lower – the standard retail price for the applicable vehicle in Saudi Arabia, or the standard retail price for the EV in the United States, plus logistics, import costs, and other costs of delivering vehicles to meet regulations in Saudi Arabia.