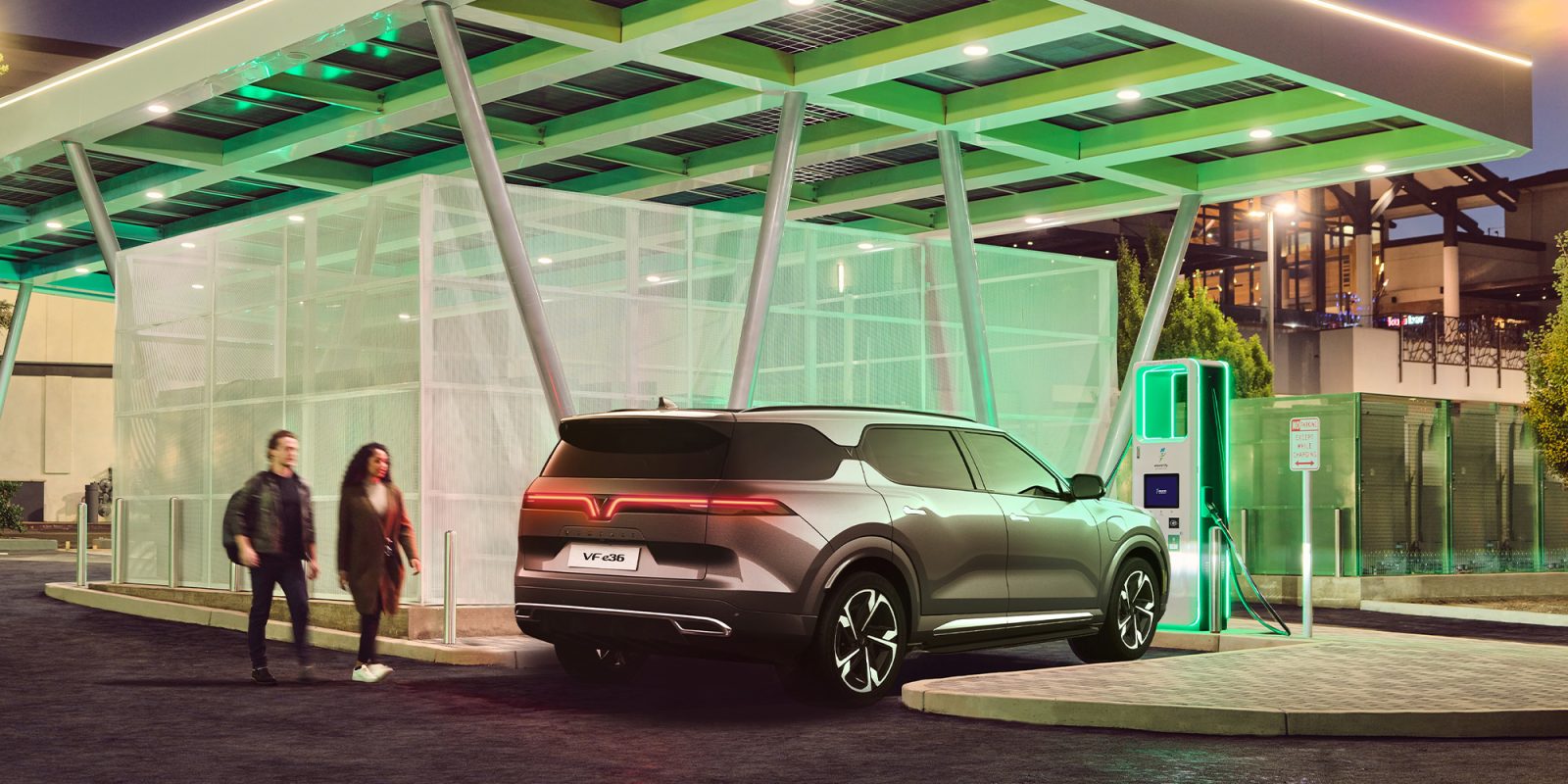 Infant EV automaker VinFast and US charging network Electrify America (EA) announced a new charging agreement during this year’s New York International Auto Show. As part of the collaboration, US Vinfast owners will have access to all of EA’s 3,500+ EV chargers through the VinFast mobile app. However, their complimentary charging sessions will be limited to two – a much smaller bonus compared to previous agreements with other automakers.

VinFast is an automotive manufacturing subsidiary of VinGroup, a Vietnamese conglomerate developing everything from real estate to hotels and even healthcare. We got our first glimpse of its first two electric vehicles – the VF e35 and VF e36 (now rebranded as VF 8 and VF 9) – at the LA Auto Show this past fall, following news it would be entering markets in North America and Europe.

VinFast is currently working toward opening its US headquarters in Los Angeles, alongside plans to manufacture on US soil, North Carolina to be more specific.

Although EV production is not slotted to begin in North Carolina until 2024, US customers should see deliveries of Vietnamese-made VinFast vehicles next winter. Following a recent agreement with Electrify America, those VinFast customers will be able to take advantage of some complimentary charging sessions included in their EV purchase.

Two Electrify America charges are better than none for VinFast

After officially announcing its agreement with Vinfast, Electrify America outlined further details in a press release from New York.

In addition to free charging, EV owners will be able to more easily find one of EA’s 800 charging stations in the US through their VinFast mobile app. This will allow for Plug & Charge where available, in which drivers can seamlessly plug in their VinFast EV and pay without having to pull out any cards.

Craig Westbrook, Chief Service Officer of VinFast US spoke to the agreement with Electrify America:

Through our premium, smart, and environmentally-friendly vehicles, our goal is to reduce range and charging anxiety and help the world switch to cleaner, more sustainable transportation. We’re excited to work with Electrify America on this shared goal of future electric mobility.

This initial agreement with VinFast is quite small compared to several of EA’s fifteen other charging agreements with EV automakers. For example, US customers who purchase a 2022 BMW EV get complimentary 30-minute charge sessions for two years. Kia EV6 buyers get 1,000 kWh of free charging, equating to approximately 3,500-4,000 miles of range.

Nevertheless, Electrify America has explained this this initial charging agreement is the beginning of a three-year program that will eventually include additional VinFast models and benefits to their owners.

During the announcement in New York, VinFast shared a similar sentiment, noting intentions for a comprehensive and wide-ranging charging program that will be rolling out over the coming weeks and months.

A representative for VinFast told us the automaker definitely intends to sign additional agreements with other EV charging networks in addition to Electrify America, giving its customers further options and additional benefits.