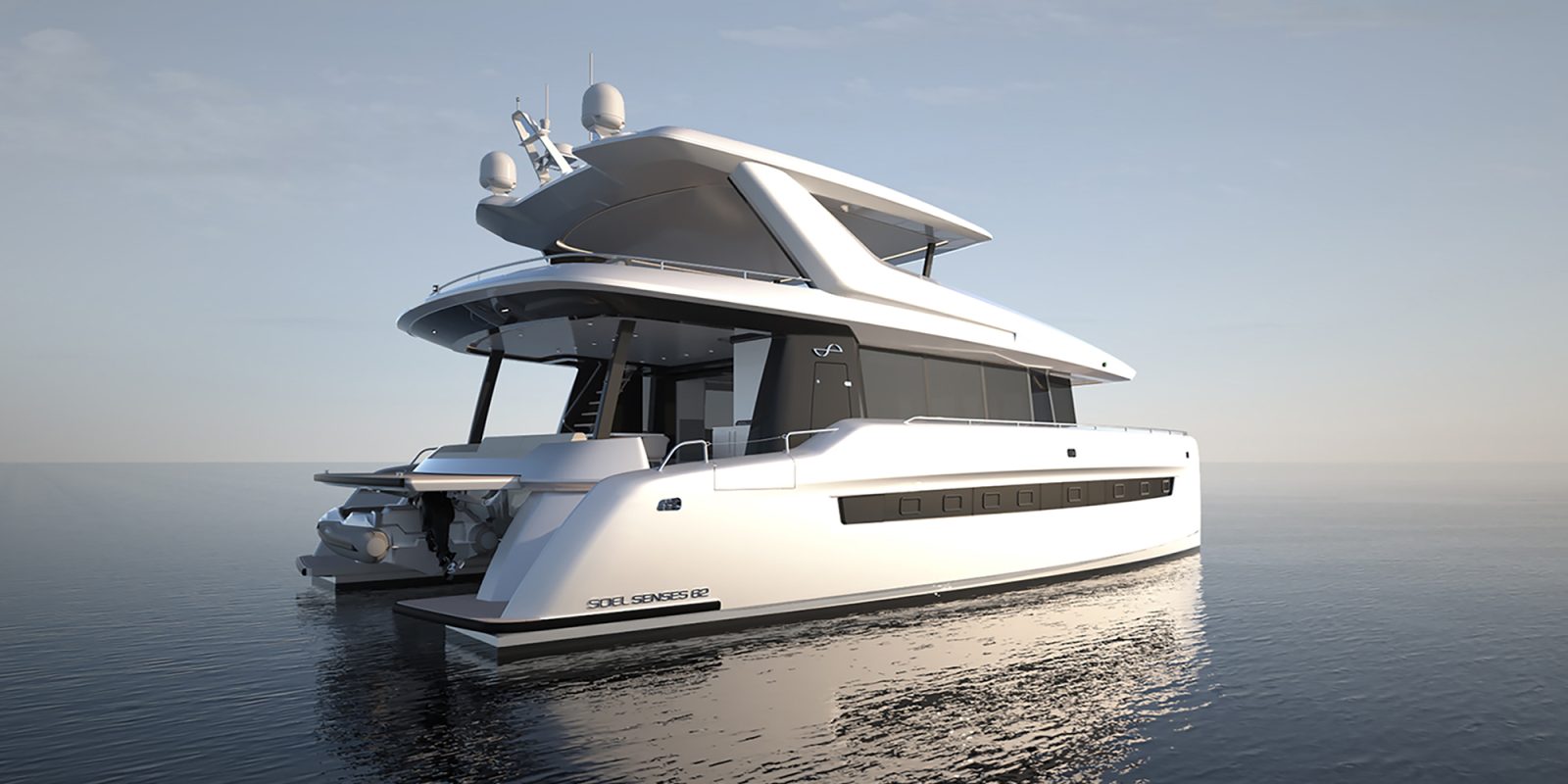 Another day and another solar electric yacht shared with the world, each seemingly going further and faster. The latest announcement comes from Soel Yachts out of the Netherlands, whose new Senses 62 solar electric catamaran boasts some large battery capacity for a yacht, providing what the company calls “trans-ocean range…” however far that means.

Yes, we have another innovative electric yacht team to share with you. This time it’s Soel Yachts, a Dutch shipbuilding company focused on delivering sustainability to both private and commercial maritime projects.

In addition to sustainability, the team of Linda Brembs, David Czap, and Joep Koster have kept a keen focus on maximized efficiency since it began offering fully-energy autonomous, solar electric boats in 2016.

Today, Soel Yachts has as many electric models as years since 2016, including a solar electric ferry and a sustainable floating island called the Soel Haven. Not to mention any custom electric yacht builds Soel also does.

Our focus today, however, is on Soel Yachts’ newest and largest solar electric vessel, the new Senses 62 catamaran and some of the specs its makers are touting.

After previously teasing its Senses 62 solar electric yacht, Soel has officially unveiled it to the public along with some impressive specs. The energy-autonomous electric catamaran uses battery packs and solar panels to power and replenish itself at sea.

This is a yacht, too, so there’s no shortage of luxury and space, including sleeping for nine passengers plus three crew members, who have separate cabins with outside access to offer privacy to the passengers. The Senses 62 also offers multiple lounges, two dining areas, an office desk area, and an open galley with bar.

Soel’s Senses 62 electric yacht has an integrated roof that generates 17.6 kWp of solar energy, equivalent to up to 50 kWh, eliminating its dependency for dock charging. That being said, the vessel has DC fast charging capabilities in addition to AC single and three phase shore power charging.

The solar panels on the 62-foot electric yacht are also equipped with Soel Yachts’ proprietary active cooling system, helping increase energy harvests by 15-20%. No matter where the Senses 62 is getting its energy from, it helps power one of two available propulsion systems:

In addition to the Power system, Soel allows customers to add additional battery capacity up to 564 kWh. According to Soel Yachts, the electric propulsion systems above combined with the solar panels, allow the Senses 62 to be “trans-ocean” alluding that the yacht can travel across oceans.

It’s difficult to gauge what sort of distances Soel considers “trans-ocean,” but the boat maker did provide some insight into range provided from the batteries alone:

Although it’s at low cruising speeds, 263 nautical miles of range on batteries alone is a lot further than many other electric yachts we’ve covered. According to a representative for Soel Yachts, it is currently in final negotiations with first customers for both its Senses 62 electric yacht and the smaller Senses 48 yacht.