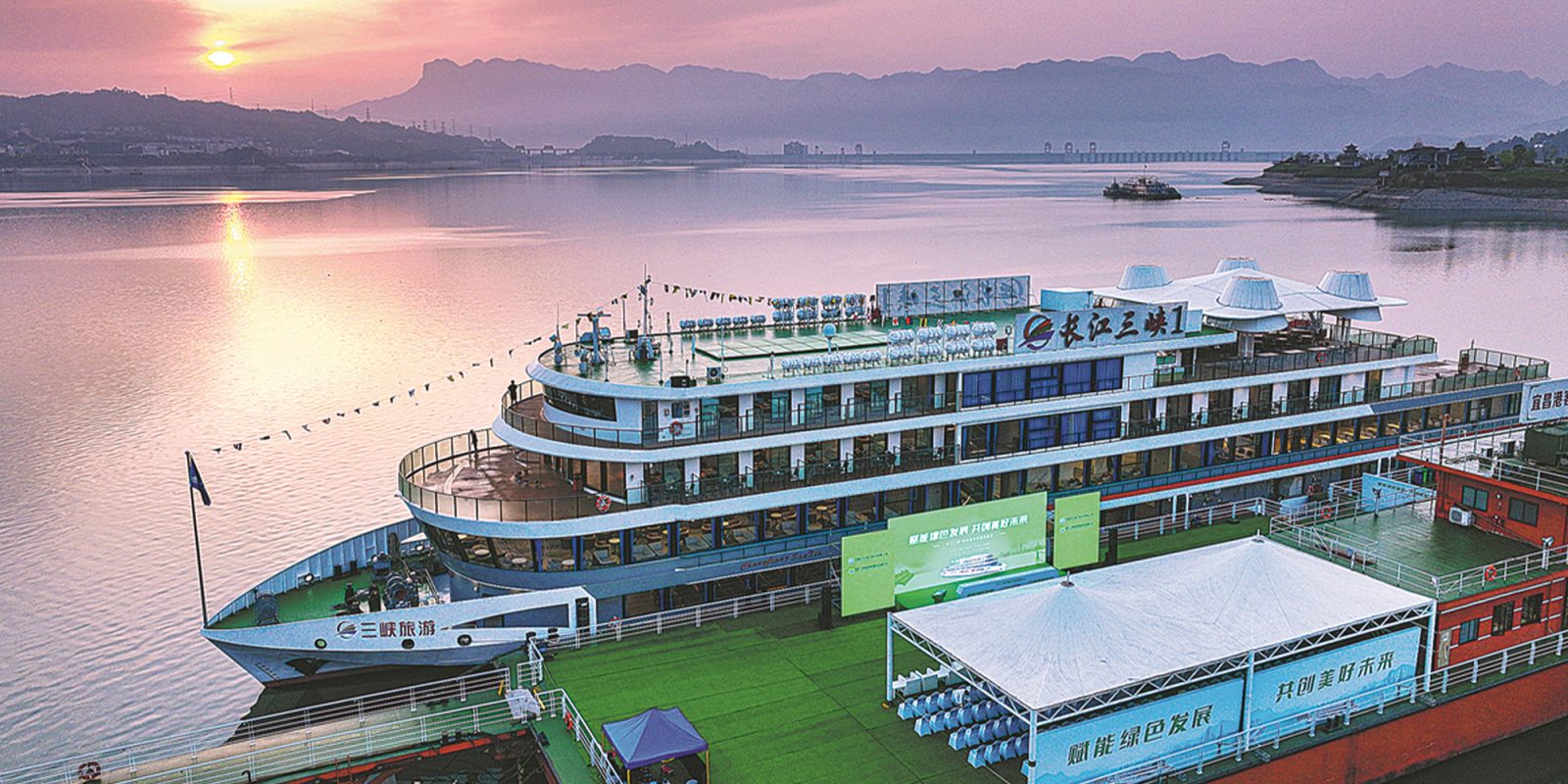 In what is being dubbed the “world’s largest electric cruise ship,” the Yangtze River Three Gorges 1 recently completed its maiden voyage out of its home port in Yichang, central China’s Hubei Province. The 100 meter long, zero-emissions ship can haul up to 1,300 passengers at a time and is powered by batteries totaling 7,500 kWh, equivalent to over 100 EVs.

The Yangtze River Three Gorges 1 is a 100% electric cruise ship developed and built in China to transport passengers on sightseeing tours on the Yangtze River.

The ship was developed by China Yangtze Power, a subsidiary of China Three Gorges Corp, and Hubei Three Gorges Tourism Group to the tune of 150 million yuan ($23.66 million).

The manufacturers tout the electric cruise ship as the first to achieve “true zero emissions” as it is charged using clean hydropower generated by the Three Gorges Dam in its home port.

This past January, the electric cruise ship completed its first trial voyage, safely returning home to Yichang. At that point, the Yangtze River Three Gorges 1 was on schedule to be furnished and properly fitted for commercial operation.

This week, the electric cruise ship made its maiden voyage in China as the beginning of Three Gorges Corporation’s planned expansion of the electric marine vehicle market.

This electric cruise ship can travel cleanly, but not very far

People’s Daily Online covered news of the ship’s maiden voyage out of China this week, sharing some specs of the zero-emission vessel. The ship measures 100 meters (328 feet) long and 16.3 meters (~54 feet) wide and can accommodate 1,300 passengers looking to see the sights along the Yangtze River… but not too far from Yichang.

The electric cruise ship is equipped with 7,500 kWh of battery capacity, one of the largest, if not the largest battery packs within an electric vehicle in the world. However, even such tremendous capacity cannot deliver the necessary range for the large vessel to travel long distances on water.

The ship’s current range is about 100 km (62 miles) on a charge. Plenty of range for sightseeing up and down the river, but certainly not enough to compete with vacation cruise lines at this point. That being said, that 100 km range is equivalent to 530 metric tons of fuel, accounting for 1,660 less tons of toxic emissions each year.

Lei Mingshan, chairman of China Three Gorges Corp, stated that the electric cruise ship is a milestone in promoting green transportation, protection of the Yangtze River, and a preview of a low-carbon future in marine travel.

Mingshan also stated the corporation sees the maiden voyage of the Yangtze River Three Gorges 1 as a starting point for increasing investment in the zero-carbon industry within the Yangtze River basin. Check out the all-electric cruise ship setting sail below: