Nissan demonstrates e-4ORCE control technology in its upcoming Ariya with what else, but a hot bowl of ramen 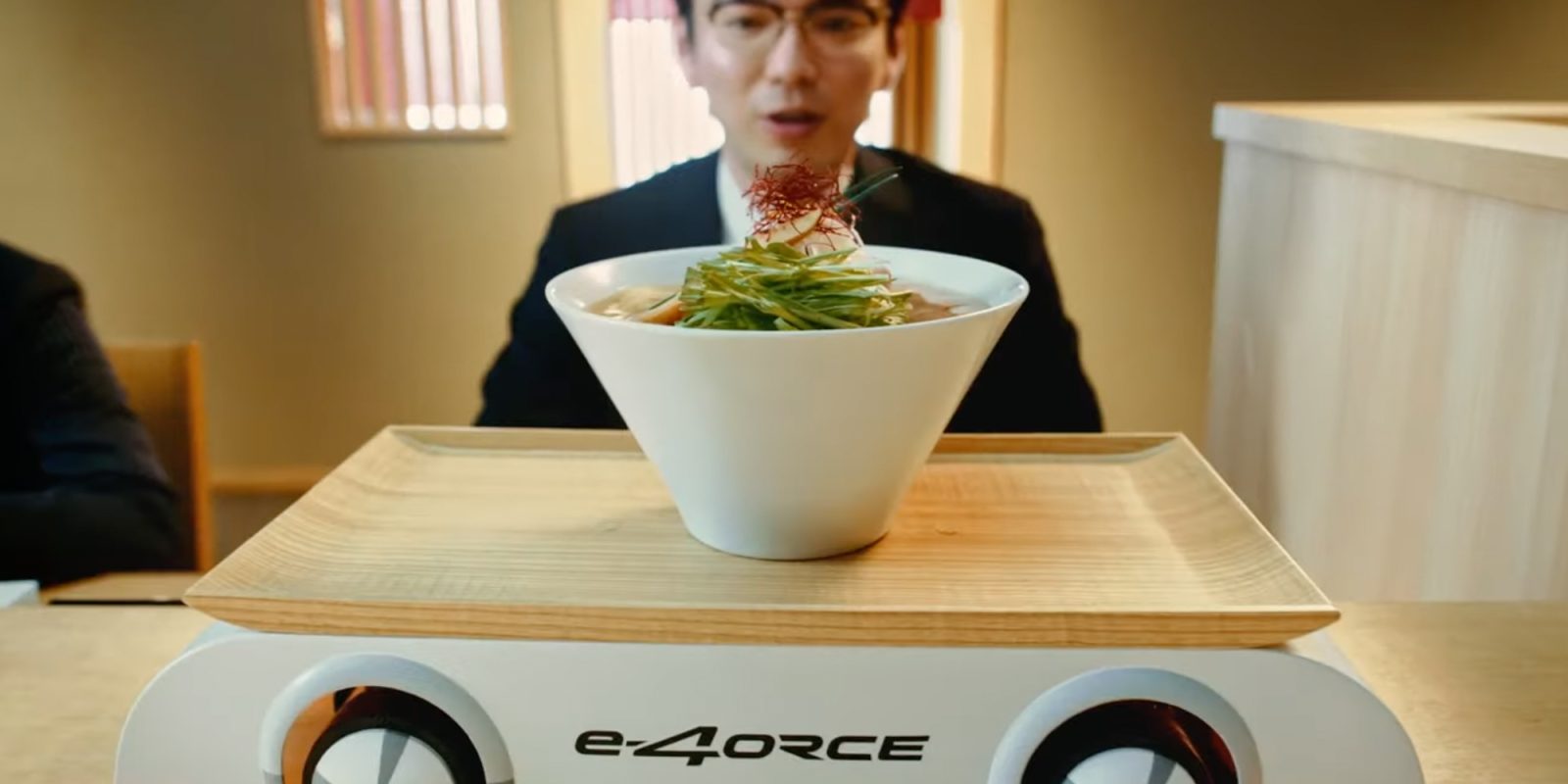 Japanese automaker, Nissan, has showcased the comfort of its e-4ORCE vehicle control will provide by demonstrating the technology in a motorized serving tray hauling ramen – a popular Japanese noodle soup. The e-4ORCE technology, which will debut in the upcoming Nissan Ariya EV, will be translated from the motorized tray which can be seen zooming across the food counter without sloshing the hot ramen.

Nissan Motor Corporation ($NSANY) has been in business since the 1930s in Japan, just a couple decades after the first recorded ramen shop opened. In close to a century of making combustion cars, Nissan has become globally recognized behind brands like Infiniti and Datsun, in addition to its namesake.

The company was one of the early promoters of electric vehicles with its Nissan LEAF, which debuted in 2010. The LEAF was once one of best-selling EVs globally… that is, before the Model 3 showed up.

Despite the LEAF’ reign as one of the longest-running electric models in the US, it sits at Nissan’s lone BEV offering for sale, at least until the Ariya arrives. Last summer, Nissan joined the UN’s “Race to Zero” campaign aiming to be 100% electric by the early 2030s with a strategy that includes the launch of 15 BEVs over the next eight years.

The Ariya will be the first of a new electrified fleet to arrive in the US this fall, and will feature Nissan’s e-4ORCE technology that utilizes all-wheel control throughout the vehicle. We got our first glimpse of the e-4ORCE in a lunar rover designed alongside the Japanese Aerospace Exploration Agency (JAXA).

To further demonstrate the smooth control of e-4ORCE, Nissan is safely transporting a staple in Japanese culture – a bowl of hot ramen.

Nissan shared a fun YouTube video demonstrating the e-4ORCE tech delivering ramen along with a press release explaining its benefits. The Japanese automaker explained it best:

e-4ORCE is Nissan’s most advanced all-wheel control technology that accurately manages power output and braking performance for smoothness and stability. The system enhances driver confidence by tracing the intended driving line over almost any road surface, including wet and snowy roads, without the need for changes in driving style or input. Engineers fine-tuned e-4ORCE’s precision control technology and twin electric motors to provide unparalleled ride comfort for all vehicle occupants. Vehicle pitch and dive, which can cause motion sickness, are minimized through front and rear motor regenerative braking when the vehicle is decelerating

To demonstrate this process on a smaller scale, Nissan equipped the e-4ORCE technology in a ramen server tray using two electric motors that operate independently.

Special tuning from Nissan engineers allows the tray to deliver the same acceleration and smooth travel on the restaurant countertop as the automaker hopes its Ariya EV will soon bring to the road.

The Ariya is currently available for reservations and is scheduled to deliver in the US this fall. You can check out the full “Nissan x Ramen” video below: