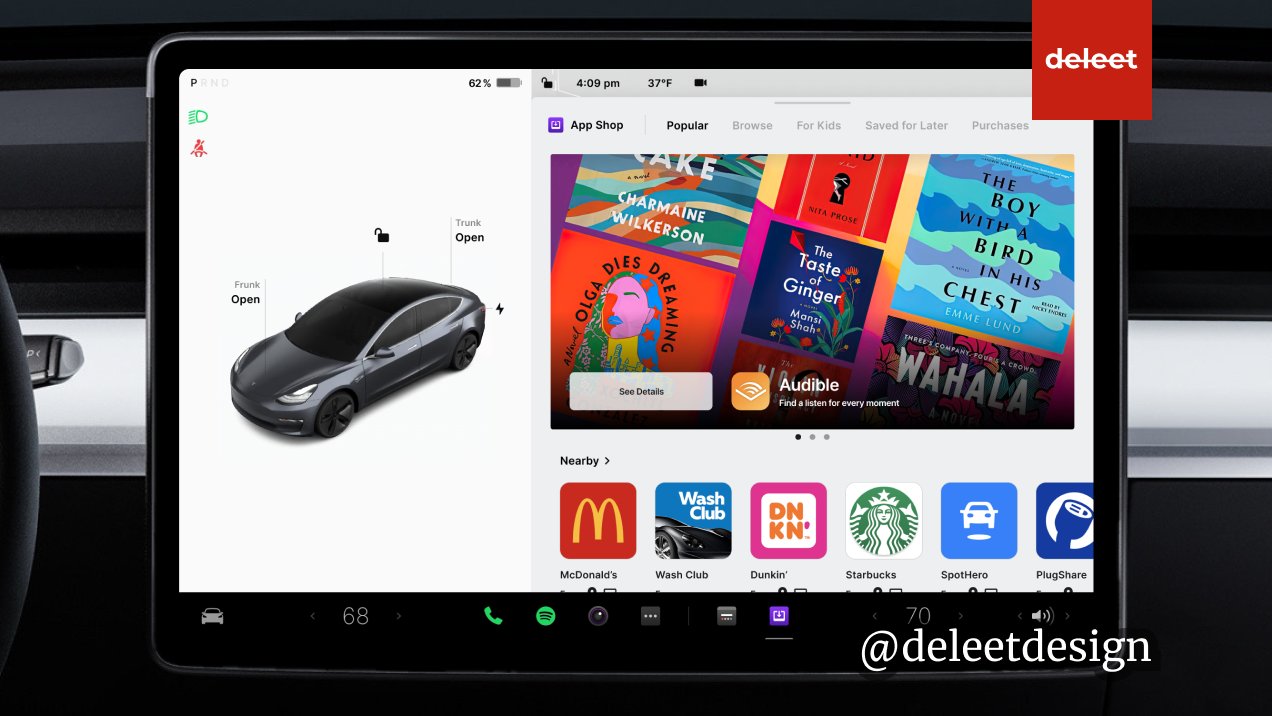 We’ve heard for a while now that Tesla would be implementing an app store system to allow third parties to build functionality into the TeslaOS. Today we were tipped to an impressive rendering of what such an app store would look like, and it almost seems real.

The rendering comes via Twitter account @Deleetdesign, who tipped us to the app store concept. The man behind the account, Hans van de Bruggen, is a design author and has been building Tesla UX prototypes that are getting some notoriety. Check out his Youtube site for more Tesla concepts.

Tesla CEO Elon Musk has been hinting at an App Store since at least 2014 and most recently spoke about it in 2019 saying:

In order for it to be worthwhile for somebody to write an app, there has to be enough of an install base to warrant the effort. Even if you are going to port something, it’s still got to be worth the effort. As our number of vehicles grow, it starts to potentially makes more sense to develop games and other applications for Tesla. We just need a lot of cars.

That install base certainly exists now with over 1 million “seats.” The latest software update V11 made a ton of important things harder to do, but it certainly looks like it could make an App Store easier.

While 1 million cars isn’t a huge base compared to iOS or Android, each of those machines is tied to someone with a great deal of buying power. Likewise, spending $20 on an iOS game might seem expensive, but if you are adding it to your car, it might make more sense.

Then, if people are buying things on their car and investing in the Tesla ecosystem, maybe it starts to make sense to make a tablet for Tesla owners to take their apps into their homes. At the very least, TeslaOS makes Tesla a stickier platform (again like iOS or Android). Who wants to buy a Porsche and lose all of your Tesla games/apps.

Check the gallery below for some screenshots.