Electric bicycle company FLX is back with its Babymaker 2 e-bike, and this time it’s personal 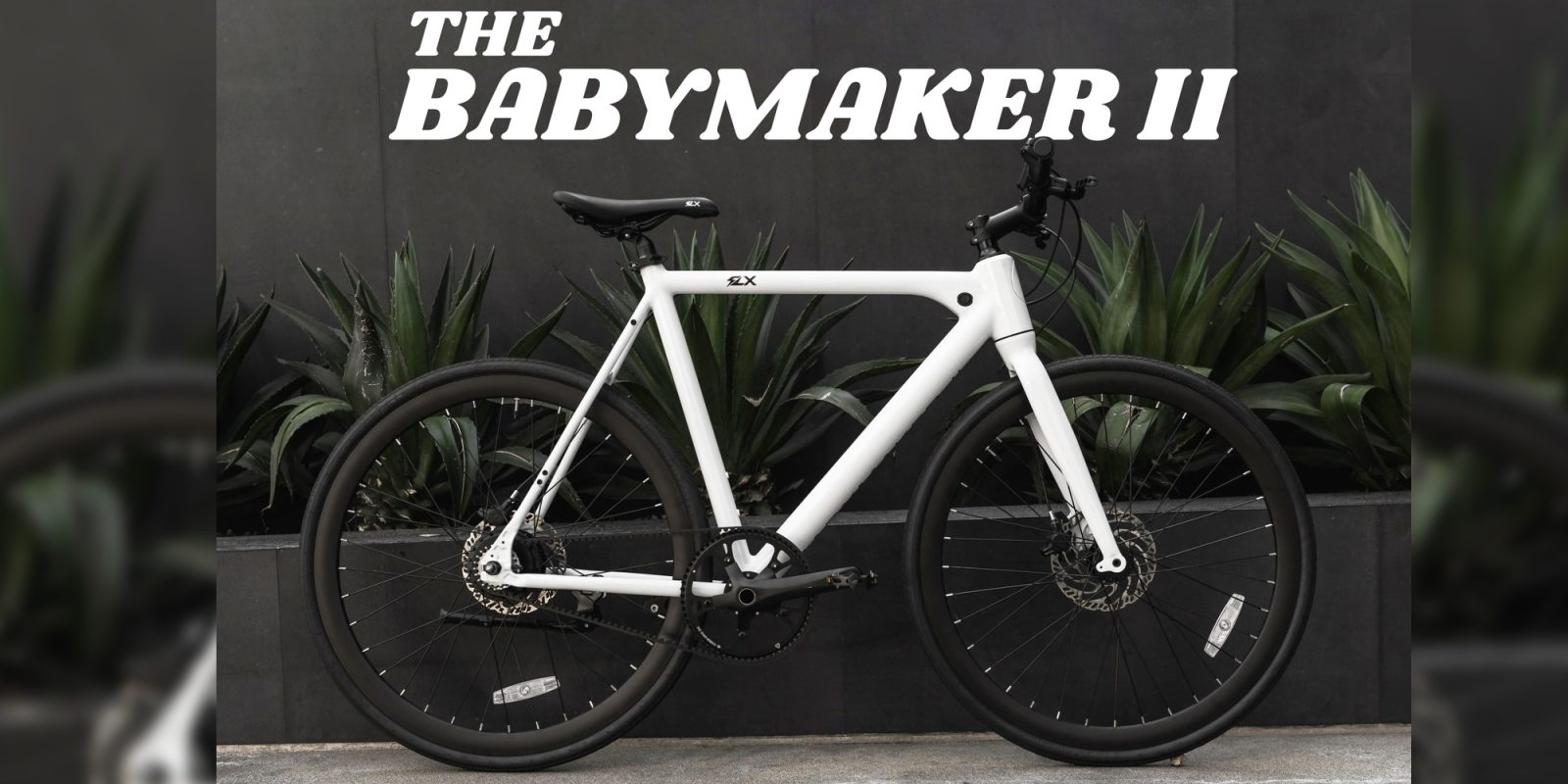 There’s nothing more “personal” than an electric bicycle named the Babymaker. And after selling over $13 million worth of the original e-bike, FLX has announced that it’s coming back with a new and improved Babymaker II e-bike.

The company looks to be teasing an upcoming launch of the Babymaker II electric bike, though there’s no word yet on exactly when the launch will take place.

A page set up on the company’s site offers scant details, though the option to grab $1,000 off when the bike launches looks like a sweet deal.

The original Babymaker was priced at closer to $2k (though it pre-sold at much less during its promotional period) when it launched on Indiegogo in early 2020. The crowdfunding campaign turned out to be a massive success for the company, raising over $13 million from thousands of soon-to-be Babymaker riders.

We generally don’t cover new crowdfunding projects here on Electrek unless we’ve seen the product in person or the company has a history of delivering. After seeing FLX deliver on thousands of its first rendition of Babymakers though, the sequel seems like a fairly safe bet.

The original Babymaker was an ultra stealthy e-bike that looked like a typical pedal bike, hiding away its electric-assist in a tiny rear wheel hub motor and frame-integrated battery.

The updated model looks to be more of the same, though the teaser site shows a new battery that is 43% larger, which should result in an improved range.

The page also shows that it will feature flat handlebars, high-end Magura hydraulic disc brakes, a Gates carbon belt drive, an “improved riding position,” and a 25 mph (40 km/h) top speed from a 350W motor in the rear wheel.

There doesn’t appear to be a throttle, so this looks like a pedal-assist-only electric bike.

There are also a few photos on the pre-launch page, though the company says that things could still change:

“The FLX Babymaker II is still in development and its final launch price has not been finalized yet. While the images used are the latest prototypes & renders, the final components/design may differ slightly. We will publish any changes to appearance, cost, or function before launch day.”

Ride1Up released its ultra-affordable Roadster V2 with a belt drive and then updated it with a Gravel Edition recently, including a bona fide Gates belt along with disc brakes.

Other single-speed e-bikes like the RadMission from Rad Power Bikes and Rideal from Ariel Rider have also promoted simple, low-cost e-bikes as effective commuter solutions.

This method of hyping an upcoming crowdfunding campaign is also popular in the e-bike industry. We have seen similar moves from other darlings of the crowdfunding world like Fiido, which hyped its futuristic-looking Fiido X folding e-bike significantly ahead of a successful launch on Indiegogo.

With the original Babymaker proving how successful an e-bike campaign can be on a crowdfunding platform, FLX is surely looking for a repeat performance on the Babymaker II.

But as with most e-bikes, the ultimate decider will likely come down to the final price and specs. It sure looks like a nice bike, with a sleek and stealthy design, but an ultra-competitive market like this is often won or lost on the price tag.

What do you think of the Babymaker II so far? Do you have any experience with the original? Do you have a fun Babymaker joke that I probably wouldn’t have been able to sneak past my absolutely wonderful copy editors or HR? Let’s hear it in the comments section below!