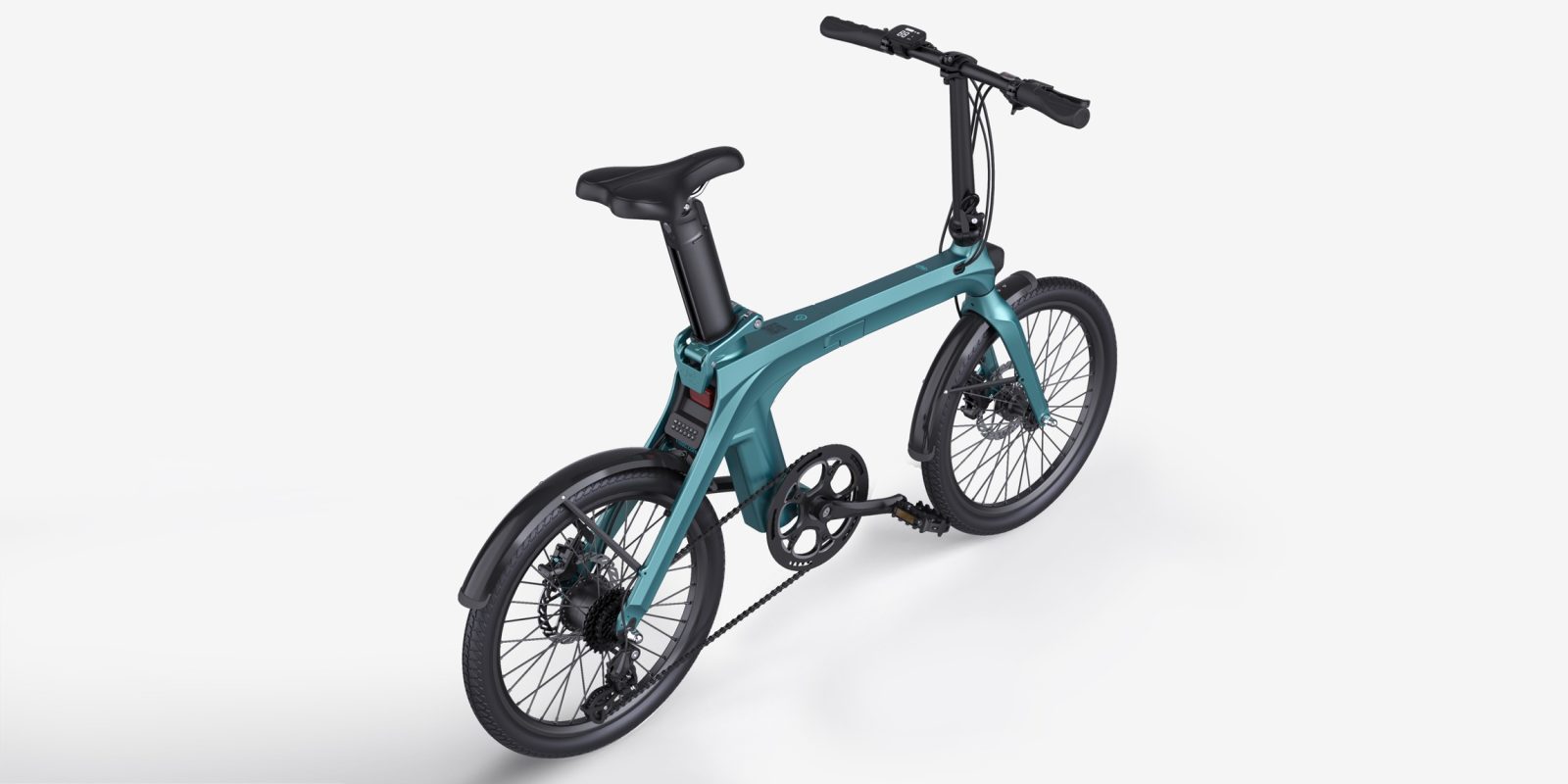 Fiido has released a number of folding electric bikes, each time making incremental improvements based on user feedback. Now, the company’s latest model, the Fiido X, has been unveiled with several interesting and never-before-seen features.

On its surface, the Fiido X looks a lot like the Fiido D11 electric bike that launched just a year ago.

We tested that bike during its initial launch and gave it our approval, though we noted a few areas where it could be improved.

Now, the Fiido X seems to have drawn upon the feedback of many testers like us to create a new generation of the company’s flagship folding e-bike.

“Our fans have provided us with several suggestions for improvements such as smoothing the welding joints, simplifying the wiring of the bike, adding anti-theft features for the battery, and upgrading the pedal assist to include a torque sensor to provide better riding experience.”

Each of those components are now featured on the newly unveiled Fiido X.

The features that defined the original Fiido D11 are still present, such as that fairly minimalist frame and the seat post-integrated battery pack.

But the components have been improved, with the magnesium-alloy frame now getting an interesting new locking mechanism and the battery getting its own upgrade.

The frame’s folding mechanism is almost completely hidden — a stark departure from the often clunky latches found on many other electric bikes in this price class.

A keypad for a lock is now mounted behind the battery, improving the security for the bike – though also likely complicating the removal process. For riders that live in a high-crime area, that might be a reasonable tradeoff.

And perhaps critically for riders who live in hilly areas, a torque sensor has been added to improve the pedal assist performance of the bike. Torque sensors give a more immediate motor response and also provide more natural pedal assistance, especially during startup and while climbing hills.

Fiido also released a new smart app that allows riders to integrate the bike and its features with their smartphones.

We don’t have exact tech specs yet, though the company says those should be available soon before the pre-order period begins. But we expect the bike to fit Class 2 limits in the US, including a top speed of 20 mph (32 km/h). European models will likely carry a lower 15.5 mph (25 km/h) limit and lack a throttle due to stricter EU regulations.

The Fiido X will come with a listed MSRP of $1,999 when it opens for pre-orders next month, which feels a bit steep for the specs. But during the pre-order period, the bike will be on sale for just $999. That price puts it well below many of the other lightweight folding e-bikes on the market.

The pre-sale will be conducted on Indiegogo, which carries with it no shortage of baggage. While a few high-profile micromobility crowdfunding project failures have left a bad taste in the mouth of potential backers, Fiido has successfully delivered thousands and thousands of e-bikes across nearly a dozen different models.

Like most crowdfunding projects, it would not be surprising to see the company overrun its timeline. But companies with positive track records like these generally always deliver…. eventually.

While we wait for the pre-order period to open, you can check out the previous version of this bike in action below in my Fiido D11 review video.