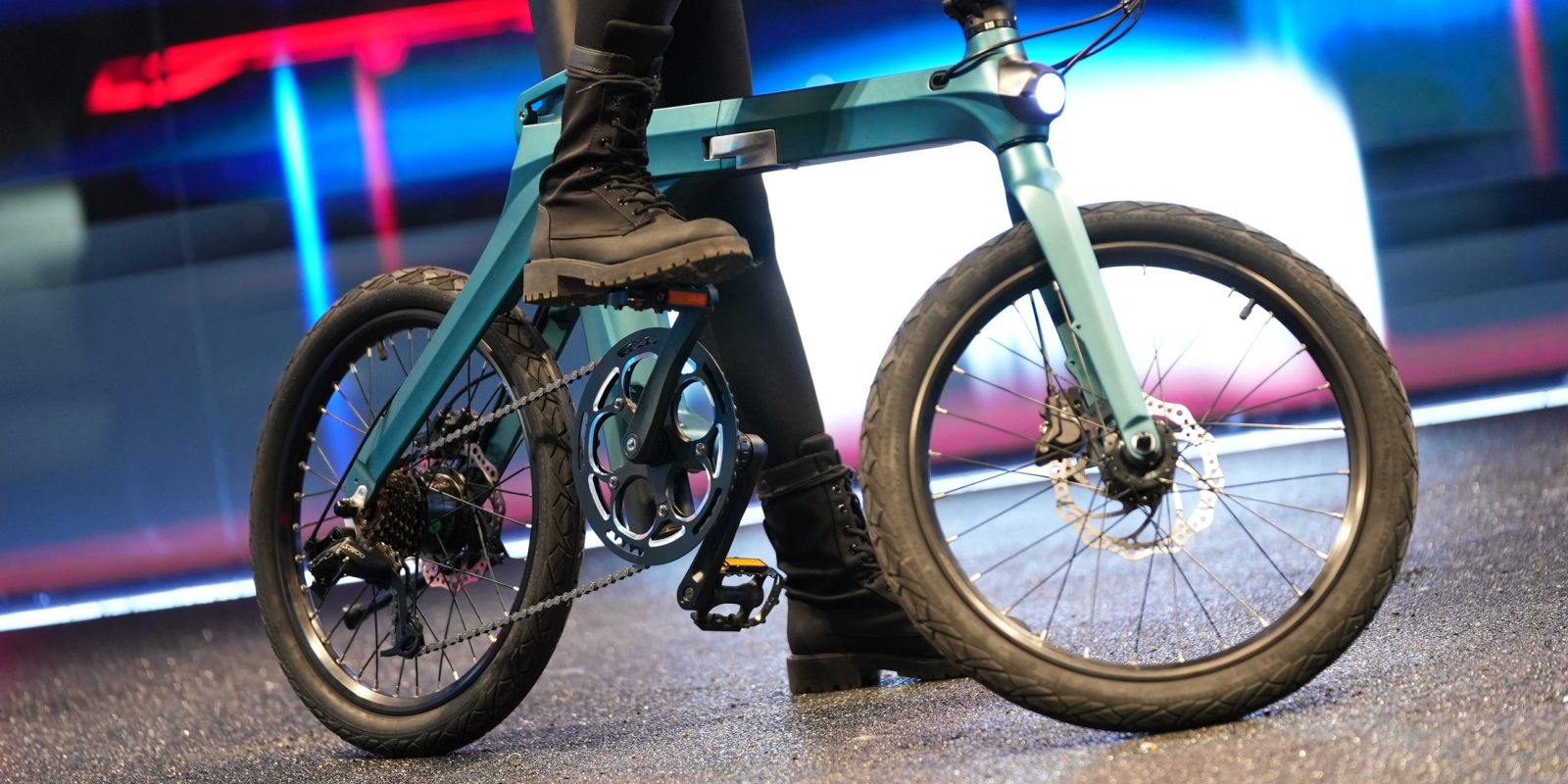 After teasing the world with a first look at its sleek new electric folding e-bike last month, Fiido is now revealing the complete tech specs and component loadout for the bike. And the video they released along with it may just be the most epic launch video ever – for a folding bike.

Folding electric bikes aren’t known for their glitz or glamour, but Fiido’s new model does break the mold with a sleek design unlike anything we’ve seen before.

Well, almost unlike anything.

It still builds upon the design of Fiido’s previous D11 folding e-bike that raised over $1M in its pre-sale campaign last year. But now the Fiido X ups the ante with several upgrades and style changes.

You can check out the bike in action in the launch video below, then read on for the full specs and pricing info.

First of all, we’ve just learned that there will actually be two versions of the bike, a Fiido X and Fiido X Lite.

The bike is a pedal-assist e-bike with a torque sensor and thus offers impressive range thanks to that efficient drive method. The Fiido X is listed with a 130 km (80 mile) range while the Fiido X Lite carries a 60 km (37 mile) range rating.

Both of those figures are probably a bit optimistic (a trend in nearly all e-bike spec sheets), but the pedal-assist drive method is capable of squeezing out more range than most people would expect from an e-bike.

The torque sensor-based pedal assist carries the bike up to a maximum speed of 25 km/h (15.5 mph), which is the max speed for electric bicycles in most markets. It is unclear yet if there will be a Class 1 or Class 2 version of the e-bike for the US that could take advantage of higher 20 mph (32 km/h) speed limits in North America.

These are some of the lowest prices we’ve seen yet for torque sensor-based e-bikes.

For those not wanting to wait for the latest model or hoping to get an e-bike sooner, last year’s D11 model is currently on sale for just $999.