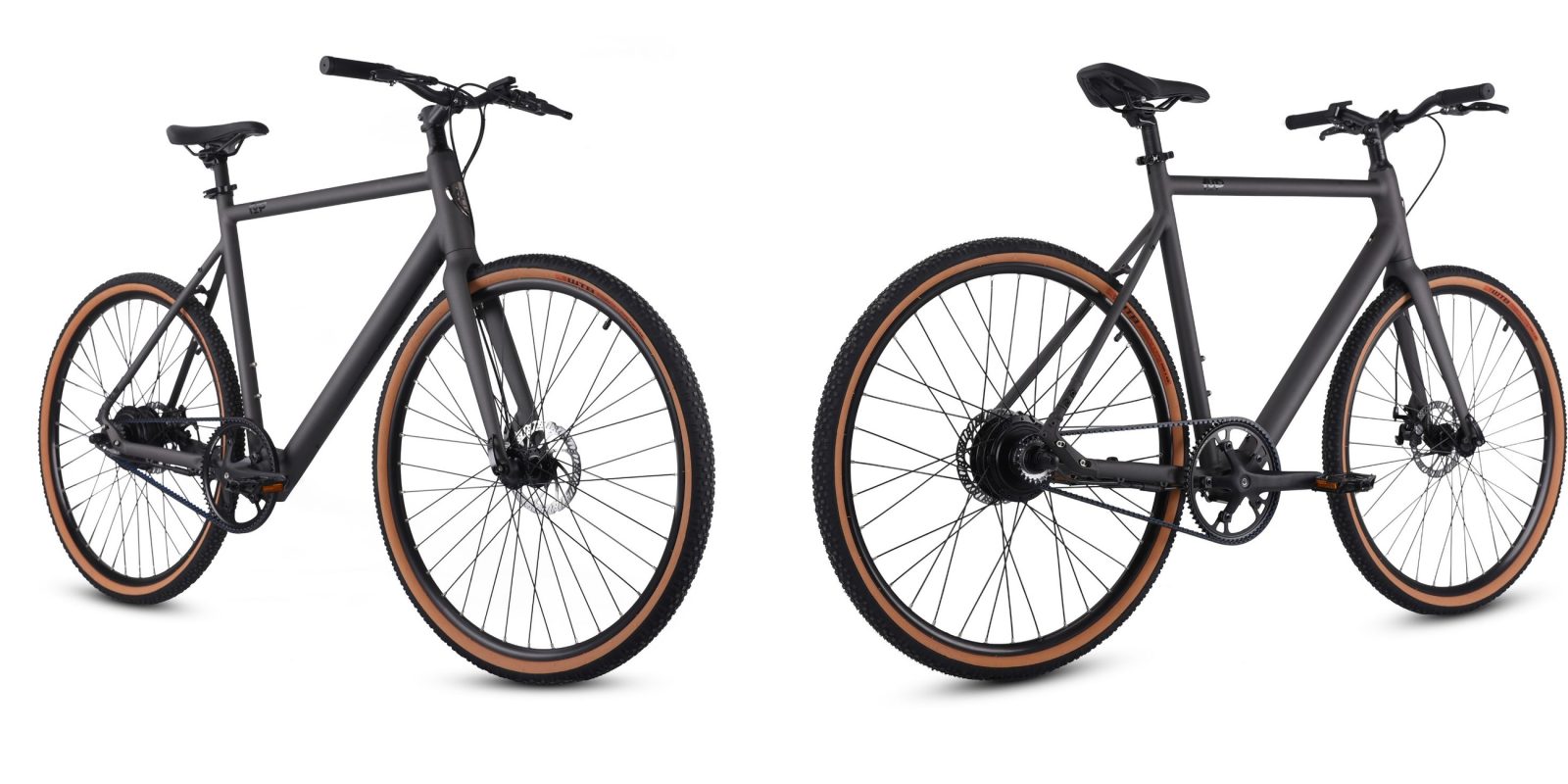 Electric gravel bikes share many similarities with road e-bikes, but have more rugged construction and dual on/off-road tires to better cope with the variety of riding terrain seen in gravel bikes.

Most electric gravel bikes cost upwards of $3,000, with some priced significantly more expensive.

The Ride1Up Roadster V2 Gravel Edition bucks that trend with a low price of just $1,245. It also bucks a number of other trends in the gravel bike industry, such as by offering a Gates carbon belt drive instead of a chain.

Now the most affordable belt drive gravel e-bike on the market is finally available for order, though shipping won’t start for another two months. To grab it, you’ll have to visit the page for Ride1Up’s standard $1,045 Roadster V2, then select the option for the $1,245 Gravel Edition e-bike (indicated by the colored circles). The bike is also available in two frame sizes for both larger and smaller riders.

The extra $200 over the road version of the bike comes from a few parts upgrades, including gravel tires, disc brakes and a Gates carbon belt drive.

That Gates belt drive is likely the key upgrade here. The standard Roadster V2 also offers a belt drive, but it isn’t the same quality as the upgraded Gates belt drive, which are known to last for as much as 50,000 miles or more.

Chains have enjoyed well over 100 years being the main form of drive technology on bicycles. But belts are coming into their own on high-end e-bikes designed for the city, hybrid, comfort riding, utility and other non-mountain e-bikes from just about every premium manufacturer out there.

I previously reviewed the Roadster V2, and it is an awesome ride… as long as you enjoy pedaling. Unlike powerful throttle-enabled e-bikes, this is a lower-power pedal assist e-bike that is designed to give you a nice boost, but still requires some good old-fashioned honest sweat equity.

The 350W continuous-rated motor (with 500 watts of peak power) still gives plenty of boost in its highest power mode, but offers a more gentle assist in the lower power levels. The 252 Wh battery is small enough to be completely hidden in the frame, yet still offers enough capacity for around 20-35 miles (32-56 km) of range depending on your power mode. But the real kicker is that the thing only weighs 32 lb. (14.5 kg)!