Lightyear One’s recent performance testing shows it will arrive as one of the most efficient vehicles in the world, even in suboptimal conditions 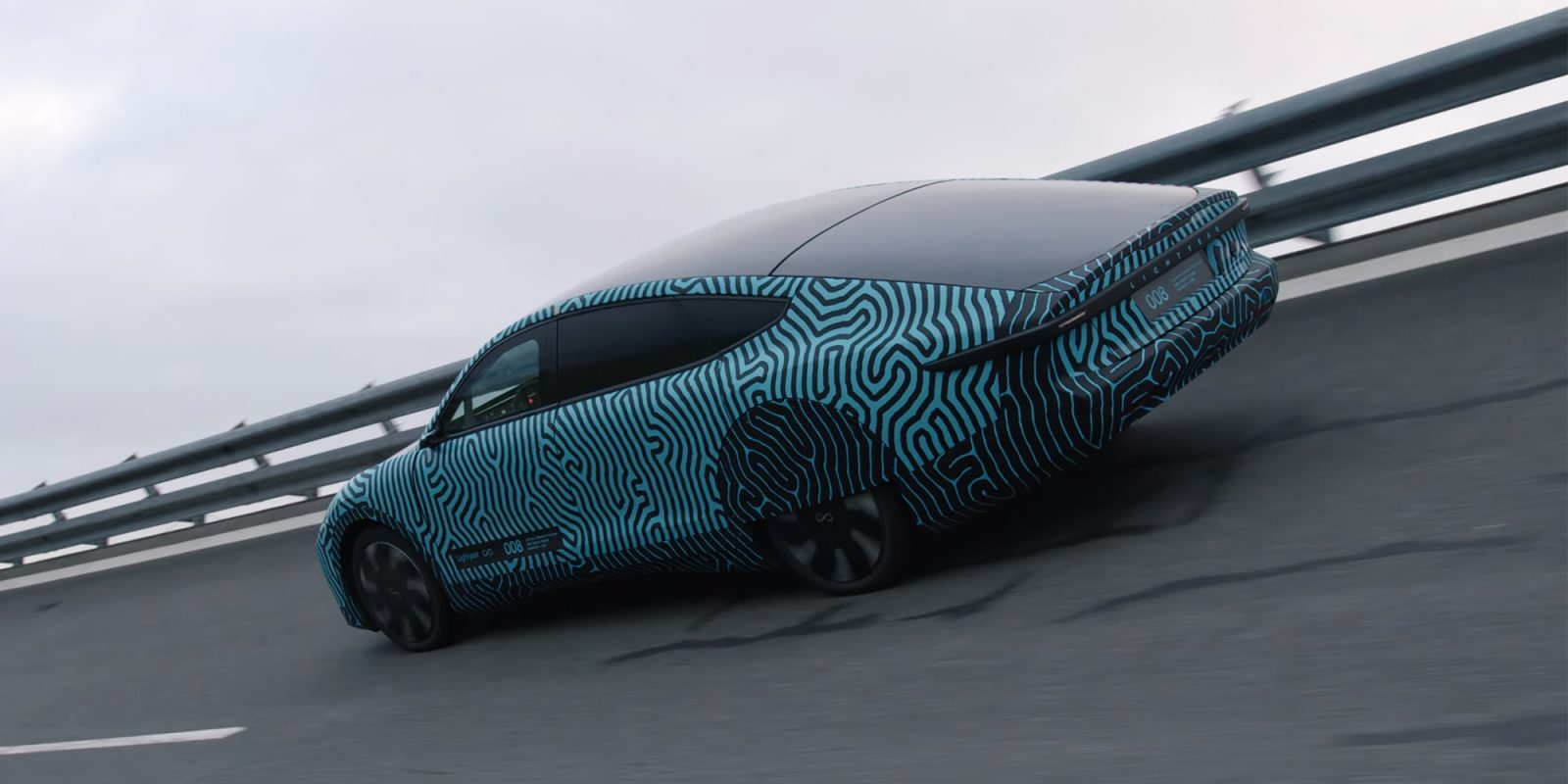 Solar Electric Vehicle (SEV) startup Lightyear has updated the public on the progress of its flagship vehicle, the Lightyear One by sharing recent test footage. The tests took place at Bridgestone’s European Proving Ground (EUPG) in Aprilia, Italy, where the Lightyear One was tested in aerodynamics, tire performance, and efficiency at high speeds. The results were quite encouraging.

Lightyear is an EV startup based in the Netherlands that specializes in solar electric vehicles (SEVs). From early on, the company has promised a range of 450 miles on a single charge from its ultra-efficient flagship SEV, the Lightyear One.

As Lightyear One moves closer to reaching production in the first half of 2022, its prototype testing has seen major milestones met. Last July, the automaker demonstrated that its Lightyear One prototype had delivered 441 miles of range on a single charge.

In October, the automaker was performing durability testing with its validation prototype, simulating real-life conditions to ensure safety for future Lightyear One owners (all 946 of them). At the time, the automaker claimed its Lightyear One prototype set a new standard in electric vehicle efficiency.

Now, with its last test data, Lightyear has provided further evidence that the upcoming SEV will be one of the most efficient on the market.

Lightyear One proves to be an ultra-efficient vehicle

The Lightyear team shared news of its most recent testing alongside video footage from the Bridgestone EUPG in Italy.

The automaker wanted to track test the efficiency of the Lightyear One in real world conditions because factors like colder temperatures and higher speeds can have a major impact on range.

During the testing, the Lightyear One was sped up to 130 km/h (~81 mph), which was up from 85 km/h (~53 mph) in previous tests. The trials were completed in much colder conditions this time around, with temperature around 10°C (50℉).

Lightyear’s engineers reported energy consumption as low as 141 Wh/km, significantly lower than the average of 211 Wh/km from comparable EVs, according to Lightyear.

As a result, the automaker is declaring its Lightyear One the most efficient car on the current market, able to travel 1.5 times further than a comparable vehicle with the same battery size (60 kWh). We asked Lightyear for clarification on how the “comparable vehicle” was determined, here was the response:

We came to this number of 211Wh/km by doing a comparison with the Tesla Model 3, Model S, Model Y, Hyundai Kona, IONIQ – which are all in some way comparable in terms of size and seen as the most efficient vehicles to date, based on our own and public data. As you probably know the majority of these models don’t have a 60 kWh battery size pack. By giving these models the same battery size in our calculations, we came to an average energy consumption of 211Wh/km in the same weather conditions.

Additional tests at Aprilia showed that the Lightyear One could drive over 400 km (~249 mi) at 130 km/h, despite less than ideal conditions, although it will eventually be able to reach 160 km/h (~99 mph). For comparison, the Lightyear One drove for nearly nine hours straight at 85 km/h.

Lightyear is not done either. In its blog post, it shared the following message:

We have sights firmly set on launching the most efficient car on the market. That means building a vehicle that can withstand the trials of a challenging and changing world, and that’s no small feat. It requires meticulous and continued testing. These results tell us, in no uncertain terms, that we’re well on the way to producing the most efficient car, ever. Not just in legislative cycles, but also in real-world conditions. And we’re not done, we never are. We never stop learning; we never stop innovating to achieve the most efficient car, ever. Stay tuned for even better efficiency numbers and more groundbreaking developments.

Until we see the next set of results from Lightyear, you can view its recent testing below: