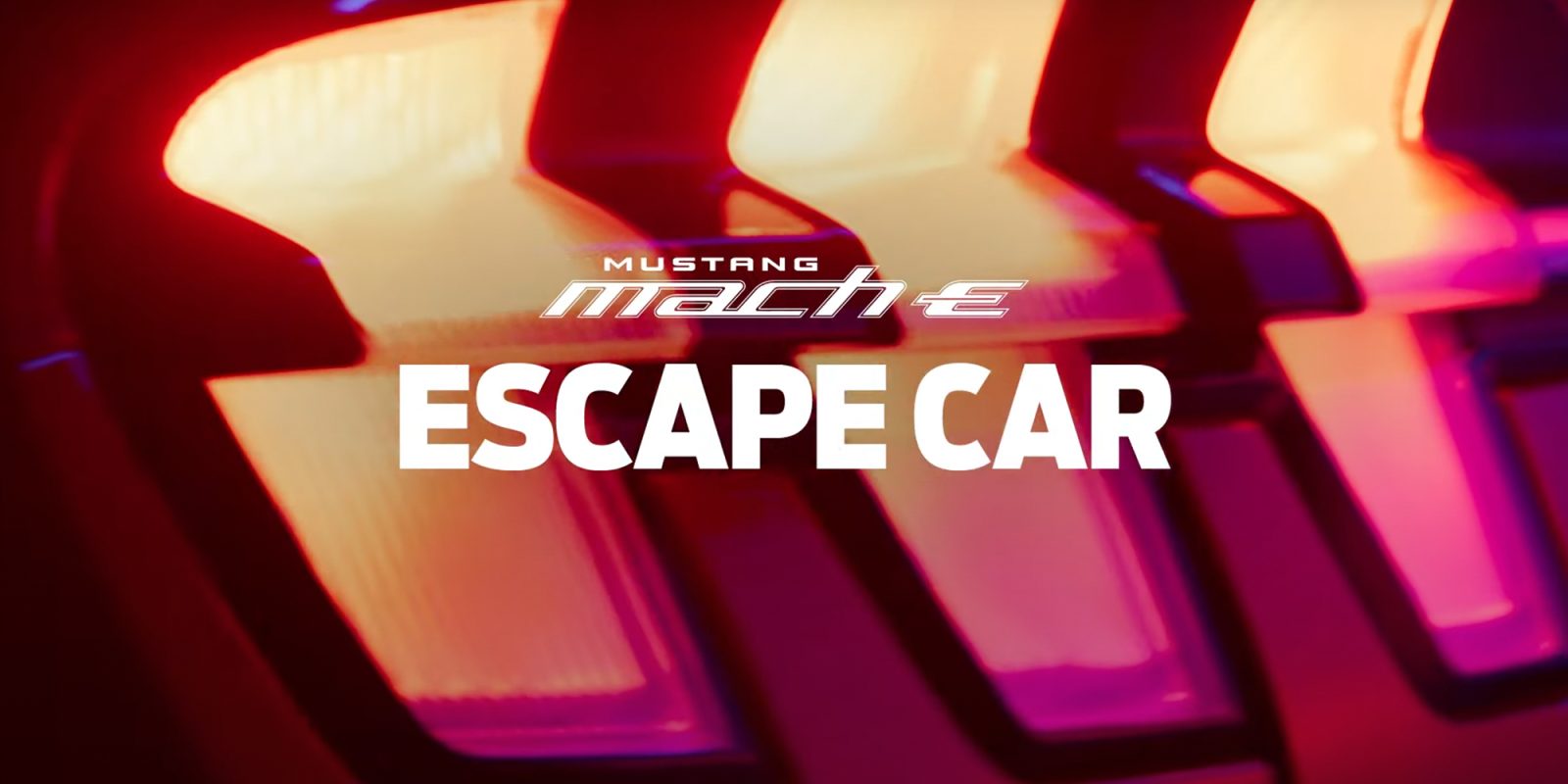 Ford has developed a spy-themed concept game that allows Mustang Mach-E owners to turn their EVs into an “escape room” – or escape car, rather. The interactive game functions through the Mach-E’s center touchscreen, using functions within the EV to guide the driver and its passenger(s) on a secret mission to deliver a package.

Its not just consumers who are loving the Mach-E either. Fleet startups like Gravity have begun using them as yellow taxis in New York City, and the NYPD recently bought 184 of them to use throughout its department.

We’ve had the opportunity to test out the GT and GT Performance trims of the Mustang Mach-E, and its a helluva fun EV to drive. With other iconic names seeing electrification like the F-150 Lightning, Ford continues to promote EV adoption for consumers.

For those customers already driving EVs donning the blue oval, Ford looks to educate and entertain in creative ways. One method is using the escape room concept in its Mach-E to provide a new interactive experience.

News of the new game came from Ford of Europe, who developed the game concept alongside the Software Enablement & Research team in Ford’s Emerging Technology & Innovation group and the IOT group in Palo Alto, CA.

According to Ford, the “escape room” style concept was developed for the Mach-E to showcase how gaming could actually help drivers become familiar with the functionalities of their EVs. When the game is activated through either an iOS device connected via Apple Carplay or through the Mach-E display, players are given tasks prompted through the vehicle’s speaker system.

Furthermore, other components within Mach-E allow it to interact with its passengers to guide them, and vice versa. Some of the Mach-E functions that operate during the escape room game are the electric seats, hands-free tailgate, air conditioning system and headlights.

While this initial work-in-progress game is mostly meant for fun, Ford is actually testing the potential of this sort of gaming to educate young drivers or fix bad habits of experienced drivers. Carsten Starke, technical expert interior materials & customer experience, Ford Research & Advanced Engineering at Ford of Europe spoke to this technology:

This is a bit of fun that has a serious side, as it shows just what could be possible with the technology we have in cars today. Having the ability to create interaction between vehicle and driver could open up new ways to explore other possibilities in the future, like an interactive owner’s manual or even driver coaching.

Looking ahead, Ford sees the gaming concept as a potential glimpse into the future of multiple applications that can either entertain or educate drivers and their passengers during times in the vehicle when it’s not in motion, like at charging stations.

Ford also hinted that perhaps it may be entertaining passengers while autonomous EVs drive themselves in the future. Check out video footage of the Mach-E escape room game below: