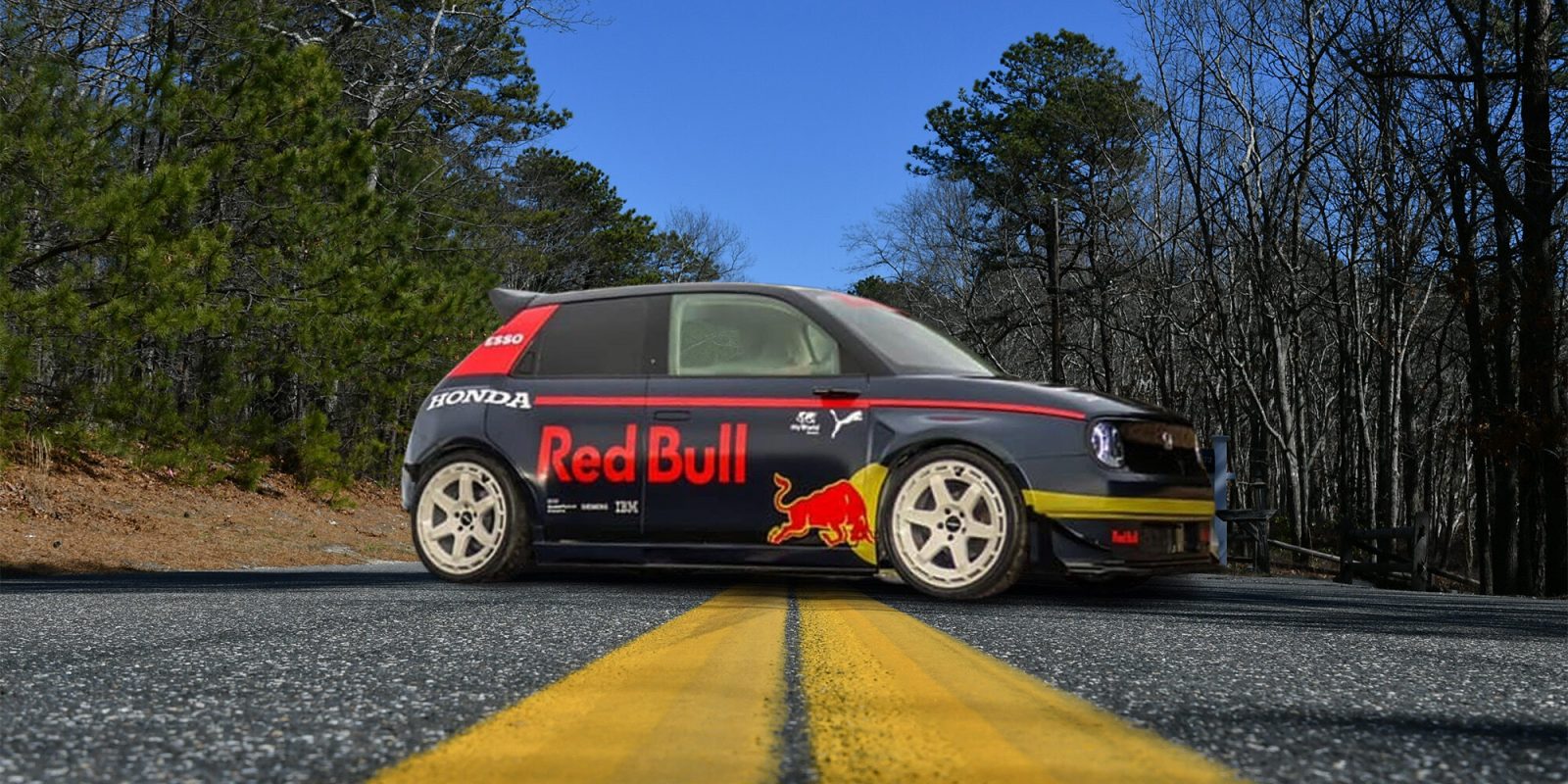 The guys at UK-based Old School Engineering have been working on their touring car-inspired, carbon fiber, widebody Honda e hot hatch for months. Earlier today, they finally released these pictures of the finished product. Meet the Red Bull Racing Honda e – will this be the car that sets off a second wave of tuner Hondas?

Old School Engineering is a UK shop known for delivering high-quality product to demanding customers. Their portfolio of project cars includes everything from tasteful restorations of classic Jagaur E-Types to faithful recreations of Rad-era rally cars to squeaky clean restomods. As such, when it was announced that they’d be working with the Innovative Composites guys to build out a Honda e project car back in November, you just knew the build would be worth following.

After several weeks, the first pictures were posted on Innovative Composites’ Instagram page, showing the widened, lowered, Honda e in a starkly lit garage, looking for all the world like it was ready to take on the Toyotas and Audis at the next Monte Carlo Rally.

Don’t take my word for that, though – you can check it out for yourself, below. Tell me that doesn’t look like the angry love child of a Rover Metro 6R4 and a ’75 CVCC Civic!

Those unfinished pictures were enough, on their own, to get the automotive world excited about the build – and it’s not hard to see why – but the finished product, with deep blue metallic paint and Formula 1 inspired Red Bull Racing livery is on another level, entirely.

As a track piece, the Old School Engineering widebody Honda e doesn’t seem to offer much in the way of “real” performance.

Yes, the composite bodywork is lightweight, the suspension is lowered and stiffened, and the bigger wheels and tires very likely give the widebody e quite a bit more mechanical grip and cornering traction than the Honda e came with from the factory – but there’s no dual-motor, AWD, super go-fast stuff happening here.

Yes, this is silly. It’s a silly car built for silly people who are way too invested in silly things like vintage rally cars, “heritage”, and appearances. To be fair, though, every lowered, fat-tired, high-winged Honda with a coffee-can exhaust and fiberglass diffuser is silly, yet they were such a common sight in the 1990s and into the early ‘aughts that Honda began using “Civic nation” in its commercials as far back as 2003 (below).

It was that wave of modded Honda cars that inspired the Fast and Furious franchise, too – and it was the EJ1 Civic that played the role of “heist car” in some of the original movies’ most iconic scenes. Heck, I spent a decade or so of my career in the tuner-car world, so I probably owe more to that bit of cultural strangeness than most – but, somewhere along the line, that trend died down. Maybe we all just started having kids and got old? Hard to know.

What isn’t hard to know is that the tiny, all-electric Honda e has a definite “hot hatch” sort of appeal that is weirdly retro while being totally modern. I wish Honda sold them here, in the US. The Fully Charged guys like it. My friend, HondaPro Jason, speaks highly of the Honda e, as well. Even the Temple of VTEC guys seem to like it (as much as those guys can like any EV, anyway).

All of which is to say that, while this particular tuned Honda e may not be your cuppa, not every tuned Honda will be to everyone else’s liking, either – and that’s okay. Some of the Civic nation guys poured thousands into their sound systems, while others ripped all that stuff out of their cars to shave that last tenth off their quarter-mile times (mine went 11.8 before I sold it to a kid who got it into the 9s).

It took all kinds, in other words, and there was a brief period of time where the enthusiasts were louder than the gatekeepers, and some really cool cars ended up getting built, creating even more enthusiasts.

It was a fun time to be a gearhead, and here’s hoping I still have “EV nation” to look forward to.