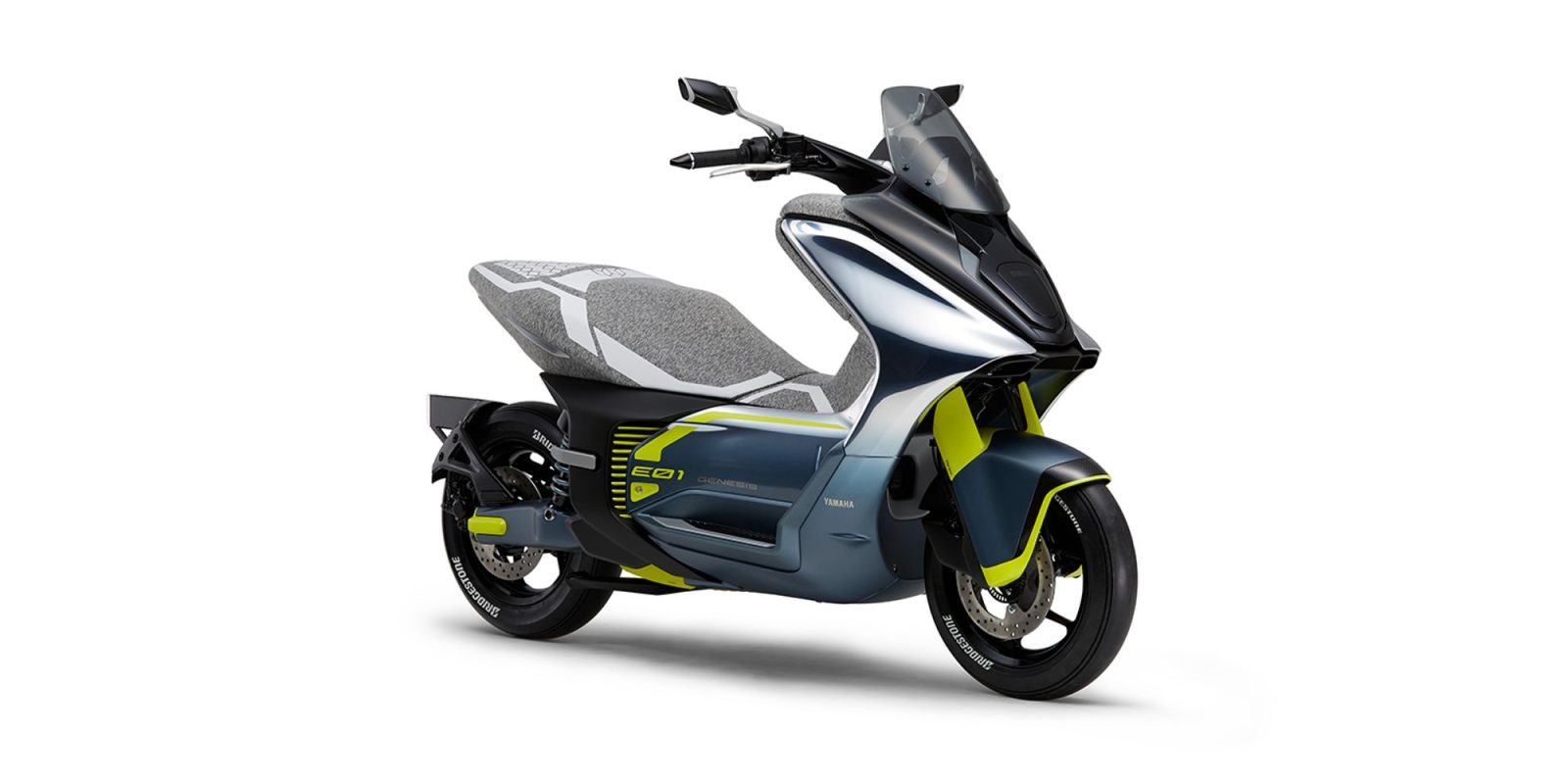 Yamaha’s first real attempt at an electric scooter, the Yamaha E01, appears to be close to production. The electric scooter underwent media testing last month, giving us our first glimpse of the upcoming electric two-wheeler.

I call it Yamaha’s first “real” attempt because it’s the company’s first entry in the above 50cc-equivalent class.

The Yamaha eVino was a cute little Vespa-style scooter, but the dang thing only went 44 km/h (27 mph). It also had a paltry range of just 29 km (18 miles). And that range was calculated at nearly half of the vehicle’s top speed.

The E01, on the other hand, is claimed to be a 125cc class scooter. Estimates have put the expected power at under 11 kW (15 hp) to fit into the corresponding light electric scooter regulatory class in Europe. Yamaha has indicated that the E01 will be available internationally, so European regulations are a good bet.

Similar electric scooters often have top speeds of around 56 mph (90 km/h), though there is no confirmation from Yamaha yet on the E01’s top speed.

Previously we only saw renderings of the E01 as a concept vehicle, but these new images show us our first look at a production-ready E01, albeit camouflaged.

We can see that the design has largely stayed true to the original concept.

The single largest change is likely the seat, which takes on a much more traditional scooter design.

The concept’s seat continued the matching upholstery down the top of the bodywork and up behind the front cowling of the scooter.

Other minor modifications are apparent in the front and rear fenders, pillion pegs, headlight housings, and the charge port cover on the scooter’s nose.

Unlike the eVino, the E01 will not feature a removable battery pack. Instead, it will have a built-in battery that must be charged on the scooter.

That also explains the charger port seen on the front of the scooter.

Most removable scooter batteries are around 2-2.5 kWh in capacity. Above this capacity, the weight usually exceeds around 14-15 kg (30-33 lb) and becomes difficult to carry.

Some electric scooters, such as the NIU NQiGT Pro, feature a pair of 2.1 kWh removable batteries to provide up to 4.2 kWh of capacity, while others, like the Vespa Elettrica, use a single built-in 4.2 kWh battery pack that must be charged on the scooter.

As the E01 opts for a similar built-in battery, a capacity in the 4 kWh neighborhood would seem likely. Such a battery could provide a range of around 100-120 km (60-72 miles), depending on riding speed.

One surprising revelation from the production-ready scooter sighting was the rather low-tech screen that Yamaha supplied for the scooter.

The non-color LCD screen is much simpler than we see on most electric scooters, but it could indicate that the company is positioning the E01 as a lower-cost alternative to some of the fancier electric scooters on the market.

There’s no word yet on exactly when Yamaha will release the E01, but the company has indicated that 2022 is the year.

Keep checking back for more from Electrek as we follow Yamaha’s entry into the (slightly) higher-powered electric scooter market.