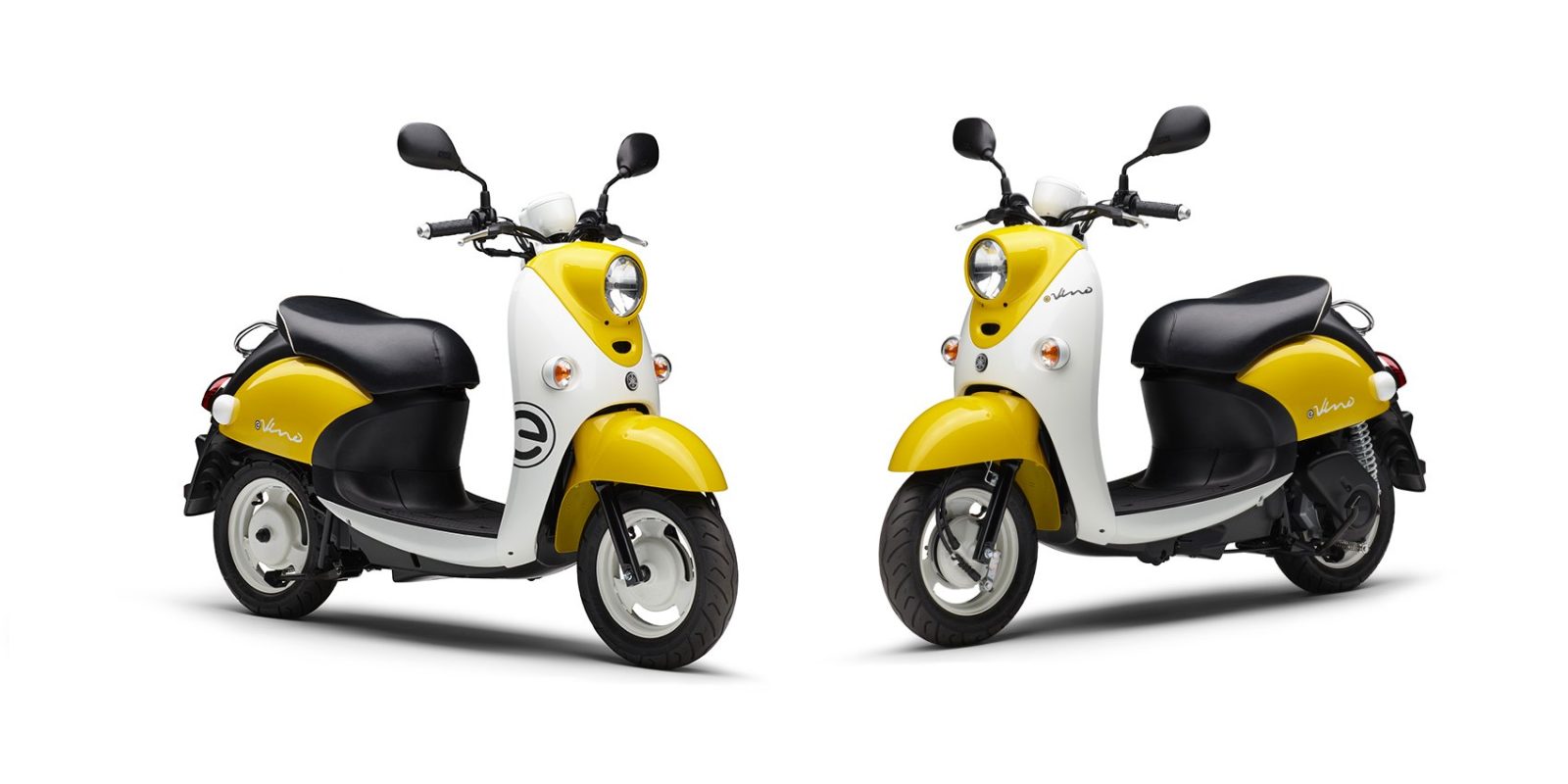 Despite a slow start to enter the electric motorcycle and scooter market, Yamaha has been making headway in the industry lately. The Japanese brand’s latest offering is the new e-Vino electric scooter.

But you shouldn’t start planning to go on any long road trips with this scooter. Its small size and low range make it an urban-only EV.

There’s also the option of adding a second battery to double the range. And there’s a good chance that riders will want to take Yamaha up on that offer, since the stock range on a single battery is just 29 km (18 miles).

But get this: That range is calculated at a crawling speed of 30 km/h (18 mph) with a rather small 55 kg (121 lb) rider. So suffice it to say that the range rating is rather optimistic compared to most real-world scenarios.

Of course the Yamaha e-Vino is meant purely as an urban electric scooter for dashing around the city.

And I don’t know of too many cities that can’t be traversed with 58 km (36 miles) of range.

The scooter’s 3-hour recharge time isn’t lightning fast, but isn’t as slow as an overnight charge, either.

Charging while in class or at work is certainly possible, especially since the small batteries can be easily removed and carried indoors.

The motor isn’t particularly powerful at just 580W continuous and 1,200W peak. That’s less powerful than several electric bicycles we’ve tested. But there is a “Boost” button on the e-Vino that bumps up power for 30 seconds.

That could be useful for climbing a hill, or when another e-Vino pulls up next to you at a stop light and the rider gives you that nod.

Of course with the e-Vino’s top speed of 44 km/h (27 mph), any drag race between a pair of them will quickly turn into a contest of “Who weighs less?”

The new e-Vino electric scooter has just debuted in Yamaha’s domestic market of Japan. But it might not be limited to Japanese riders for long. The scooter has just received a European patent, meaning it could be destined for the EU soon, too.

With a launch price of around US$2,280, the e-Vino is certainly lower-priced than most urban electric scooters. But with its rather limited performance that keeps it stuck in the city, the Yamaha e-Vino may have a bumpy road ahead if it hopes to expand into larger markets.

What do you think of Yamaha’s latest electric scooter? Let us know in the comment section below!