Recalled Chevy Bolts to get ‘certified’ window clings after service 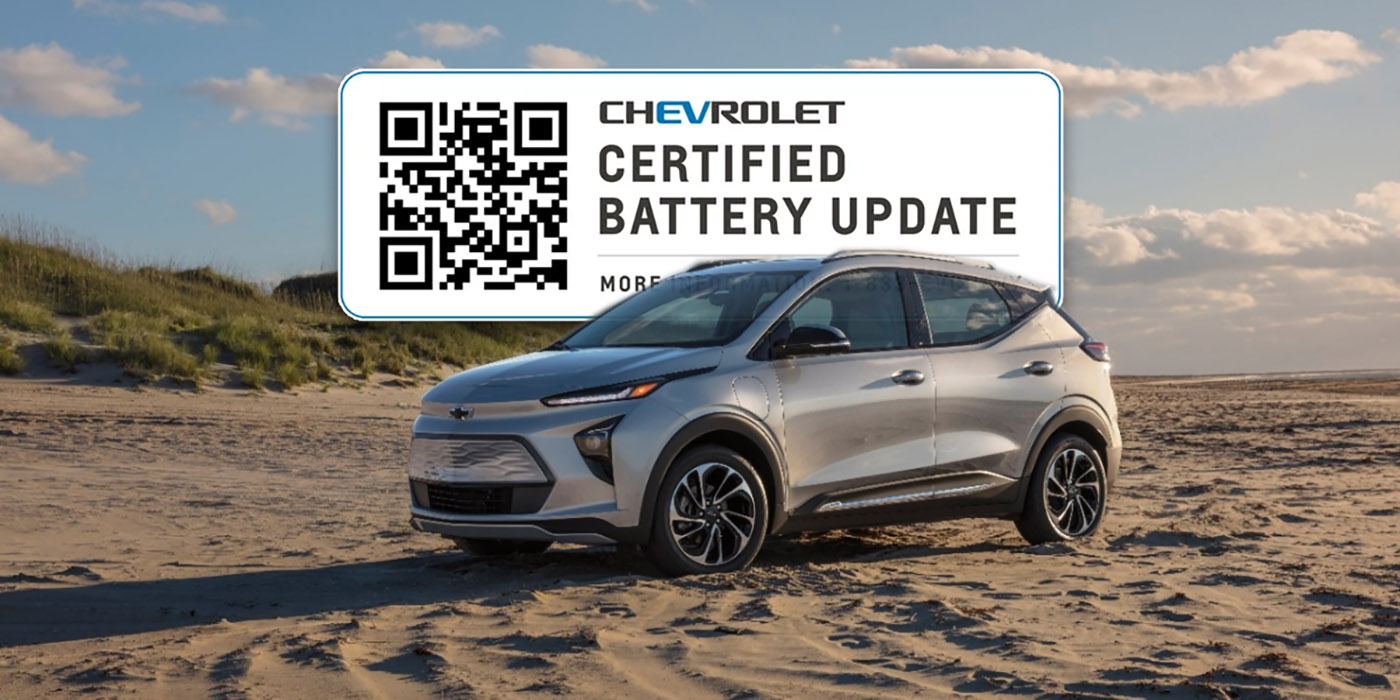 This month, GM will begin sending “Chevrolet Certified” window clings to Chevy Bolt EV and Bolt EUV owners who have had their EVs serviced under the sweeping recall that covers more than 140,000 electric cars between the 2017 and 2022 model years.

Each of the “certified” clings will feature a QR code that will allow parking lot attendants and commercial garage owners to scan the Bolts, confirming that the vehicle has been serviced by a Chevy dealer and received an updated LG battery and/or the latest, safest software updates.

“We decided to make this cling available as the result of direct feedback from our owners,” explained Chevrolet spokesman Kevin Kelly, in a statement. “These clings will be available to owners who have completed the software update or battery module replacements from the dealer.”

Chevy Bolt owners who did not opt for GM’s buyback should be receiving the clings in the next few weeks. Once installed, customers should be able to park just about anywhere, free from the kind of restrictions Bolt owners have experienced thus far.

Giving Bolt owners something tangible to point to for parking attendants and overly zealous condo boards is great, but it’s hard to imagine that something as simple as a window cling or QR code will have much sway over anyone who’s already decided “Chevy Bolt = fire.” Despite the fact that only 18 of the 140,000-plus affected vehicles ever caught fire (a little over 0.012%, meaning there’s a 99.988% chance your Bolt did not catch fire), the parking lot owner who posted this…

…is, in my opinion, not likely to go through the trouble of reading up on Chevy’s recall remedies and welcoming Bolt owners back to their facility with open arms.

Chevy has pushed back plans to restart Bolt production at the Orion, Michigan, plant from the last week of January until sometime after February, keeping the company’s focus on completing the massive recall. GM reportedly plans to transition the plant to the production of electric pickups based off its new Ultium electric platform.