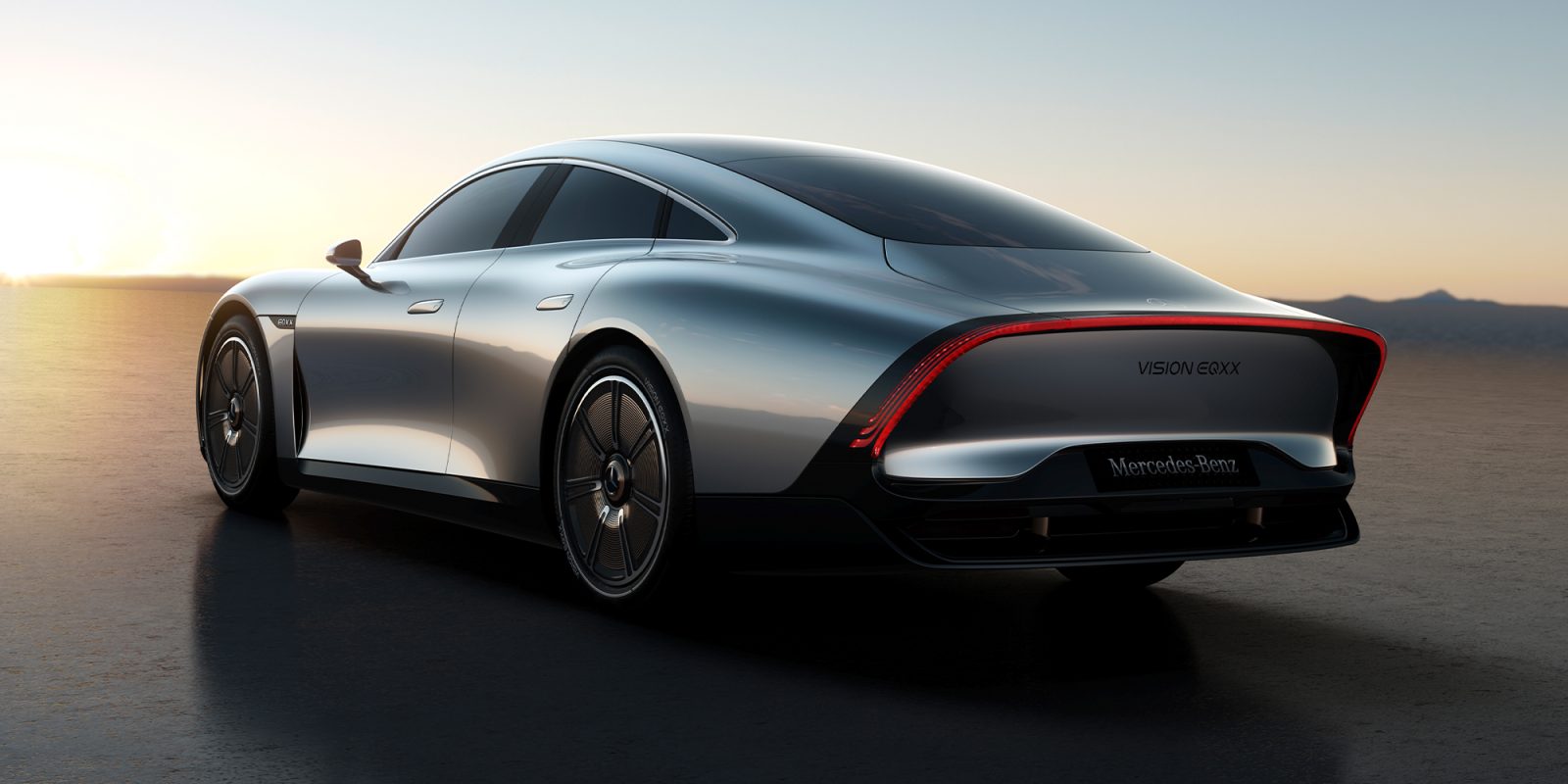 German automaker Mercedes-Benz has introduced a new prototype that represents the future possibilities in EV range and efficiency. The Mercedes-Benz VISION EQXX features an ultra-efficient electric drivetrain, lightweight engineering and is styled with sustainable materials. While the EQXX remains a prototype, its initial specs are staggering, offering a wealth of optimism for future EVs from Mercedes.

Mercedes-Benz is a legacy German automaker that needs no introduction. As one of the global leaders in luxury autos, Mercedes has had the foresight to adapt its production strategy toward electrification, vowing to go “all-electric” by 2030.

To achieve this goal, Mercedes has implemented several new programs consisting of R&D and actual production to further global EV adoption. We are just beginning to see the beginning of this electrified strategy with Mercedes’ new EQ line of vehicles – particularly the recent EQS sedan.

In the US alone, 2022 will bring an EQB SUV as well as a second EV sedan called the EQE to join the EQS. Several other EV models will join other global markets as well as additional EQ models in coming years.

One EQ model that had been in development for a year and a half now is the Mercedez-Benz VISION EQXX EV, an ultra-efficient prototype first unveiled a year ago to the day. At the time, Mercedes-Benz COO Markus Schäfer spoke to the new EQXX:

As you may know, we have been working on translating our strategic ambition to ‘Lead in Electric Drive’ into a car for some time: Now, the VISION EQXX is set to become the most efficient electric vehicle we have ever built – with a real-world range of more than 1,000 km. And I’m extremely happy that it will be unveiled to the public very soon – on January 3, 2022.

While early teases of the VISION EQXX by Mercedes touted over 750 miles (1,200 km) of range, we now know the range is only 620 miles (1,000 km). This is still quite impressive, especially with all the other design features the public now has its first official glimpse of.

As promised an entire year ago, Mercedes has officially unveiled its VISION EQXX prototype to the public, alongside some impressive technology drivers can expect to see implemented in future EQ models. The release from Mercedes describes the EQXX effectively:

The VISION EQXX is the result of a mission we set to break through technological barriers and lift energy efficiency to new heights. It demonstrates the gains that are possible through rethinking the fundamentals from the ground up. This includes advances across all elements of its cutting-edge electric drivetrain as well as the use of lightweight engineering and sustainable materials. Complete with a barrage of innovative and intelligent efficiency measures, including advanced software, the VISION EQXX allows us to explore new frontiers of efficiency.

Check out the lengthy press release above for all the details, but we’ve outlined some of the main features below:

Once again this is a prototype representing tech we may see on future series production from Mercedes-Benz, but it’s still exciting nonetheless. You can check out the full world premiere of the Mercedes-Benz VISION EQXX in the video below:

If you like the EQXX concept you might love what Lightyear has been doing. Their ultra efficient vehicle, which actually looks a little like the EQXX, also has solar roof for recharging along the way. Born out of a solar race car, the Lightyear actually has more solar but less battery topping out at 60kWh which yields “only” 710km of range. Given the reality of normal driving, 60kWh is probably more than enough for a real car. That’s another difference: Lightyear actually expects to begin deliveries this year.

And if you like Lightyear and the EQXX, but are thinking to yourself, that’s not efficient enough, check out what Aptera has been doing. Their 3-wheeler hopes to achieve 1600 kms of range with a 100kWh battery and closer to 1000km with the 60kWh option. That’s before you count on sun miles.

Mercedes continues to impress with its quick shift to electrification and quality, luxury EVs. Several people I recently spoke with who have had the opportunity to drive the new EQS have called it one of their favorite EVs to date.

The VISION EQXX should be recognized for the technology is showcases for the future, but with the caveat that it is only a concept. The images above, as well as several more in the press release are evidence of how impressive and sleek the EQXX truly is, will simultaneously exposing how far off from a production vehicle it actually is.

That isn’t to say that future EQ models won’t resemble the EQXX or feature the specs it has accomplished. But as you probably already know, concept specs are generally far and away off from scalable production specs.

A main focus to keep in mind here is the ultra-efficiency Mercedes is peddling. An EV equivalent to 235 mpg makes me salivate, but that number is achieved through a drivetrain max output of 150 kW, which is simply not realistic for that caliber of Mercedes vehicle. That’s a significantly underpowered vehicle by most standards – a reason why Mercedes likely makes no mention of top speed or acceleration for its VISION EQXX – 150kW is what a Chevy Bolt or base model VW ID.4 put out so it is a solid output but a 7 second 0-60 time isn’t really what we’re after.

A counter to my own argument, the EQXX is merely a concept if not a VISION into the future of Mercedes-Benz EVs. Given what we’ve seen so far, the future looks quite promising.