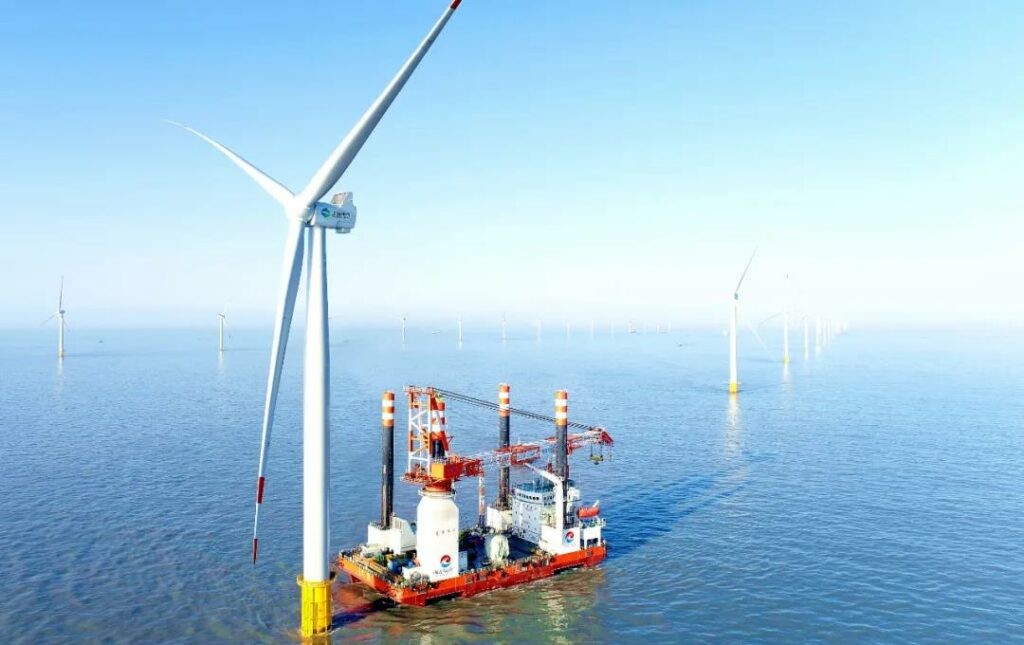 China’s largest offshore wind farm was connected to the grid at full capacity on Saturday, December 25. It transmitted power through undersea cables.

The 802 megawatt (MW) Jiangsu Qidong offshore wind farm is off the eastern province of Jiangsu. The wind farm consists of three projects – H1, H2, and H3 – and each has an offshore booster station.

It covers an area of 44.2 square miles (114.5 square kilometers) and consists of 134 wind turbines. Interestingly, it consists of a mixturehodgepodge of turbines, including seven models from four Chinese manufacturers.

Jiangsu Qidong will supply around 2.2 billion kilowatts per hour of electricity to the grid annually, which is capable of powering around 900,000 households.

As Electrek reported on December 7, China currently has a total of between 10 and 12 gigawatts (GW) of offshore wind capacity.

China is expected to install 1,200 GW of total wind and solar capacity by 2026, according to a new report released this week from the International Energy Agency (IEA). That’s four years earlier than the country’s current target of 2030.

According to the IEA, this is the result of “the availability of long-term contracts, improved grid integration, and the cost competitiveness of onshore wind and solar PV compared with coal generation in many provinces.”

Read more: China leads the world in wind – and coal