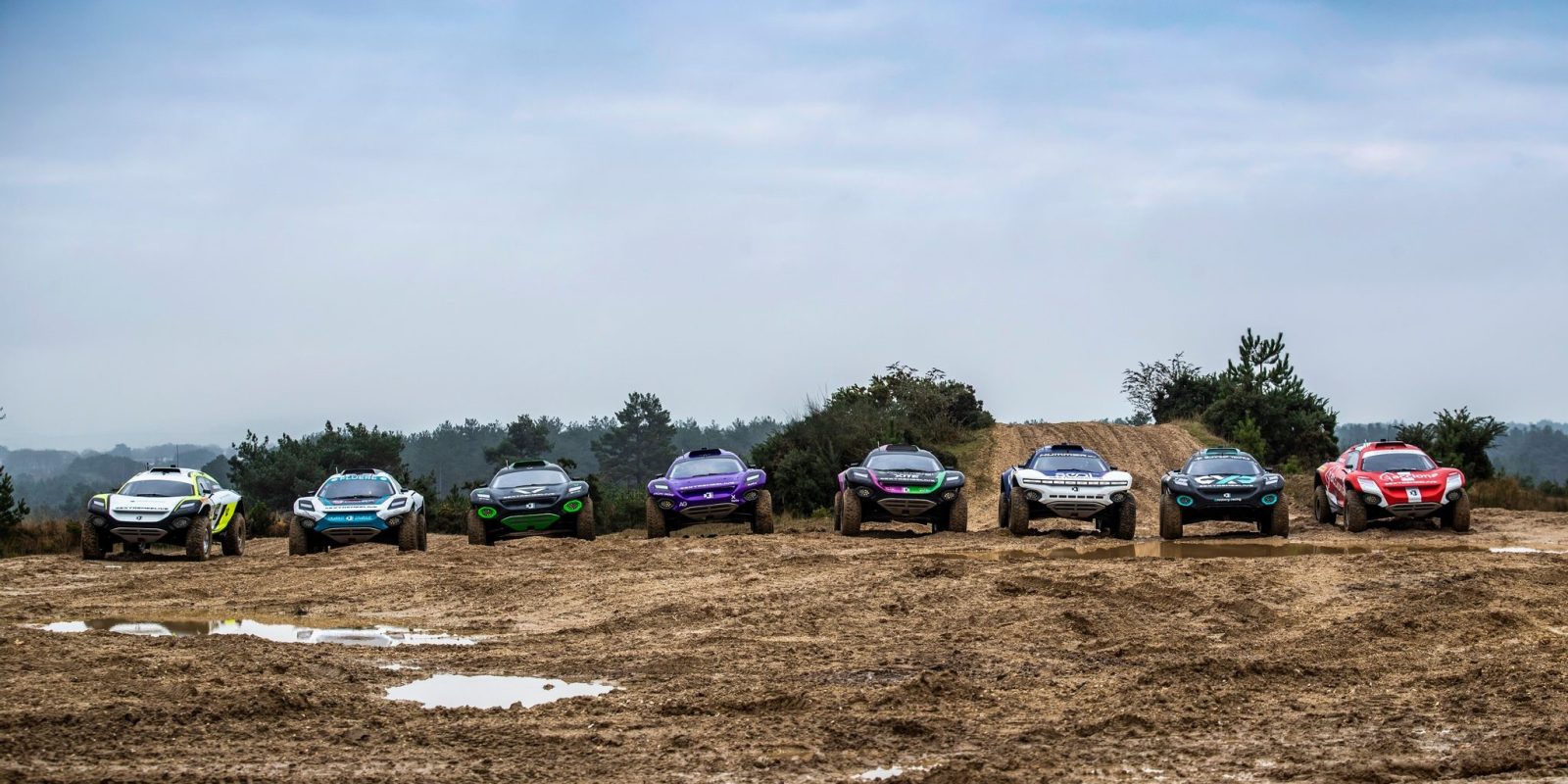 Extreme E is back this weekend for the fifth and final race of its inaugural season, this time on the Jurassic Coast in southern England.

Each Extreme E venue is picked to bring awareness to one aspect of environmental damage humans are doing to the Earth. In the case of the Jurassic X Prix, the focus is on erosion caused by rising sea levels and biodiversity loss caused by human incursion into natural environments.

Like the last race in Sardinia, the Jurassic X Prix takes place on a military base. This one occurs at the Bovington Camp, a British Army military base in Dorset, England.

The terrain of the track looks relatively similar to the last race – a large, mostly flat area full of dirt paths, occasionally surrounded by trees and bushes. Due to both location and season, the track is a lot muddier than we’ve seen before, which should produce some real challenges for racing in terms of traction and visibility. (This is England in December, so we don’t need a meteorologist to guess that it’s going to remain muddy throughout the weekend.) At least visibility should be better than the Desert X Prix, where dust clouds made it impossible for cars to follow each other closely and led to a processional race after the first corner or two.

The Jurassic X Prix track is significantly shorter than usual. The last few tracks have been around 6–7km long, while this track is only 3.8km. As a result, Extreme E will be doing three laps instead of the usual two, with a driver swap after the first two laps are finished.

The track includes a few significant features beyond the mud and trees. There’s a huge jump in the middle of the lap, which has already resulted in some impressive moments during practice sessions. We can imagine that this will be a factor in the race with cars possibly getting a little overzealous and, let’s say, “not sticking the landing.”

The season finale was originally planned in Argentina as the Glacier X Prix, but Extreme E cancelled that race months ago due to the COVID-19 situation in South America. Since Extreme E is headquartered in London, a race in Southern England is a lot easier to manage.

The change of venue to England also helps highlight the reality that environmental problems are not just an issue in far-flung places away from the world’s population or wealth centers. They also affect the environmental health of comfortable rich-country folks who are often more responsible for carbon pollution to begin with (though the UK, despite its dirty coal-powered past, deserves credit for the huge strides they’ve made cleaning up their emissions).

UK’s Jurassic Coast is a World Heritage Site due to the layered sedimentary rock cliffs along its coast which display hundreds of millions of years of geological history. These cliffs are threatened by rising sea levels which will erode them further.

The UK has also suffered from severe biodiversity loss. On its Jurassic X Prix webpage, Extreme E writes, “The UK is one of the most nature-depleted countries in the world, sitting in the bottom 10 per cent globally and last among the G7 group of nations. Only 50.3 per cent of biodiversity remains in the UK, with 15 per cent of the species remaining said to be threatened with extinction.”

Extreme E’s Legacy Programme for the Jurassic X Prix focuses on this biodiversity issue by partnering with the UK’s National Trust for a project to reintroduce beavers to the Purbeck wetlands, near the race site in Dorset, England. Extreme E establishes a Legacy Programme in each location they race with the hope of having a lasting positive impact on the local environment.

Rosberg X Racing is currently leading the standings with 129 points going into the final round, with Team X44 behind at 113 points. X44 has done well in qualifying rounds so far, winning all four this season. But, RXR has won three of four races, leaving them ahead in the championship. It’s a race between these two teams for the win, as third-place Andretti United is 36 points behind with a maximum swing of just 34 points available for the weekend.

Regardless of the championship, we can expect some crazy things to happen with the challenging conditions for these off-road beasts, so tune in to the race this weekend.

The final race program broadcasts on Sunday at 12 p.m. to 2 p.m. UTC/GMT (4 a.m. PST, 7 a.m. EST, 1 p.m. CET) and will be streamed to some but not all territories. You can find out how to watch it on Extreme E’s website. In the US, Fox Sports 2 will carry qualifying and Fox Sports 1 will carry the final race, both delayed (check the listings for when sessions will air). The pre-weekend shakedown session is being streamed as this post goes live.