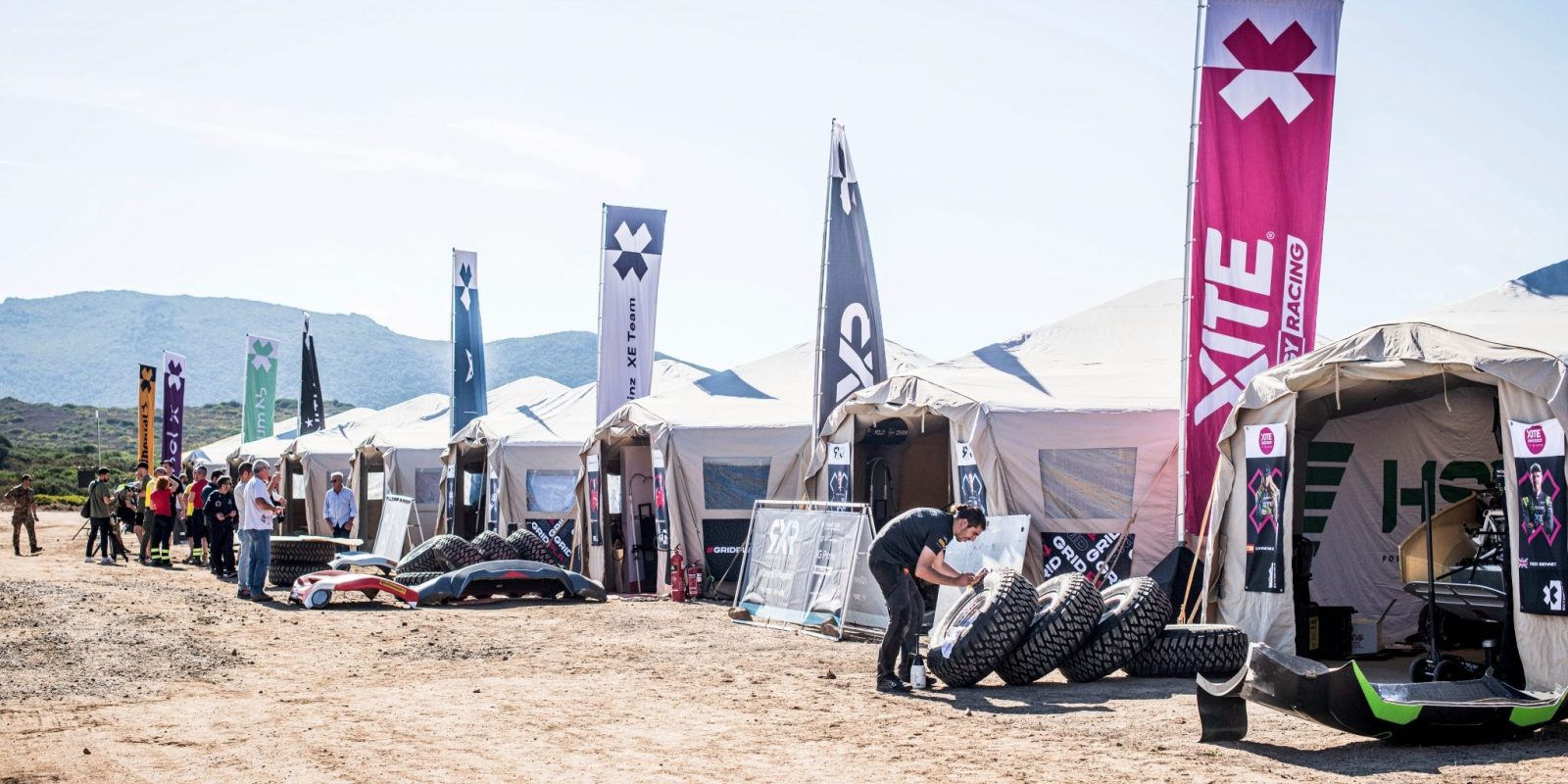 Extreme E continues its debut season at the Island X Prix in Sardinia this weekend, racing in Europe for the first time.

Each Extreme E venue is picked to bring awareness to one aspect of environmental damage humans are doing to the Earth. In the case of the Island X Prix, the focus is on recent wildfires that tore through Italy this summer, which are exacerbated by rising global temperatures, and on conserving oceanic carbon stores like the ocean seagrass that grows off the coast of Sardinia.

The Island X Prix will take place on the Southern tip of the island of Sardinia, at the Army Training center in Capo Teulada.

The Island X Prix in Sardinia replaces the previously planned Amazon X Prix in Brazil, which had to be rescheduled due to the COVID-19 situation in South America. The Glacier X Prix in Argentina, originally planned for December, was also replaced by the newly announced Jurassic X Prix on the Jurassic Coast of the UK.

Speaking of which, we’ve also seen a glimpse of the provisional calendar for next year. It’s five races again, and the calendar looks similar to this year, except Extreme E is looking to reinstate the South American events for races four and five.

In contrast to previous tracks, which were largely sand (Desert, Ocean) or rocky wet dirt (Arctic), the Island X Prix track seems to mostly be bumpy, packed dirt, with a few water features splashed in. The Odyssey 21‘s suspension will get quite a workout on these hard bumps.

The track is perhaps not as picturesque as the soaring dunes, expansive ocean, or imposing glaciers of previous tracks, but the bumps should offer a lot of room for error and make for difficult race conditions. Adding to that, rain is forecast in the area this weekend, so we might see even more water features and quite a bit of mud.

Last time out at the Arctic X Prix, we were treated to some wild action in a race alongside Russell Glacier in Greenland’s first racing event ever. Rosberg X Racing and Team X44 – owned by former Formula 1 teammates Nico Rosberg and Lewis Hamilton, respectively – showed that they are still strong contenders, both with great qualifying results.

But in the final race, both teams were stricken with mechanical issues – Team X44 had a puncture and Rosberg X Racing’s car shut down after Johan Kristofferson took a wild jump with too much speed and came down hard.

Andretti United came back from qualifying in fourth place to win the race, with the young team of Catie Munnings and Timmy Hansen both doing an incredible job across the tough weekend. Throughout the weekend, car power output and track configuration were modified multiple times due to reliability and overheating issues that the series encountered as it tried to push the Odyssey 21 to new heights with a 275kW power limit.

In each race, Extreme E has a “legacy program” where they plan to invest in some sort of lasting good for the local environment of the race location. The theme for this race is “blue and green carbon stores,” or how the Earth stores carbon both in (green) terrestrial ecosystems like forests and (blue) oceanic ecosystems like seagrass. Both of these are relevant to island ecosystems.

In keeping with this dualistic theme, Extreme E will support MEDSEA (Mediterranean Sea and Coast Foundation) in Sardinia on two projects – one working to recover from this year’s devastating wildfires across the island and the other working on conservation of oceanic seagrass meadows off the coast of the island.

With just two race weekends left, Rosberg X Racing is still in the lead with Team X44 close behind. The two teams do seem to be the strongest competitors, but as we saw last time out, tragedy can strike anytime, especially in a series that pushes cars to the “extreme” such as this one.

Extreme E has just gotten better in every race so far, so we’re excited to see what happens next.

The final race program broadcasts on Sunday at 2 p.m. to 4 p.m. UTC (7 a.m. PDT, 10 a.m. EDT, 4 p.m. CEST) and will be streamed to some but not all territories. You can find out how to watch it on Extreme E’s website. In the US, Fox Sports 2 will carry qualifying and Fox Sports 1 will carry the final race, both delayed (check the listings for when sessions will air). The pre-weekend shakedown session will be streamed on Extreme E’s social media later today.